'Liam Gallagher: As It Was' Review: A Riveting Portrait of a Delightfully Volatile Artist

The battles with brother Noel Gallagher, the messy divorce(s), the commercial failure of the unjustly ignored Beady Eye, the tabloid reveal of a teenage daughter--it all here. But there is plenty to combat all of those elements, resulting in a well-rounded portrayal of a force of nature artist who battled back from the bottom through sheer talent and musical dedication.

Director Charlie Lightening utilizes a dizzying array of archival film and video, new interviews, and fly-on-the-wall footage of the many highs of Gallagher first year-plus of solo recording and performances.

It is, then, a fine companion piece to Supersonic, the 2016 Oasis documentary chronicling the band rise to worldwide success.

It begins chronologically on the fateful 2009 night in Paris when a guitar-smashing fight between the brothers Gallagher brought the Oasis story to a close.

Liam and the non-Noels continue on as Beady Eye--'He was charging forward'--and the band was as tight as Oasis at its peak. However, the people in Liam life today--Gwyther; his mother, Peggy; brother Paul; sons Lennon and Gene; and formerly estranged daughter Molly--are there to keep the man rolling.

Near the end of As It Was, Liam shows the filmmakers the bedroom he and Noel shared as children; their mother still lives there today.

That mix of sweet and sour is the essence of Liam Gallagher, the Britpop legend who, in his own words, is 'still on that crusade not to get suckered in by the dickheads. 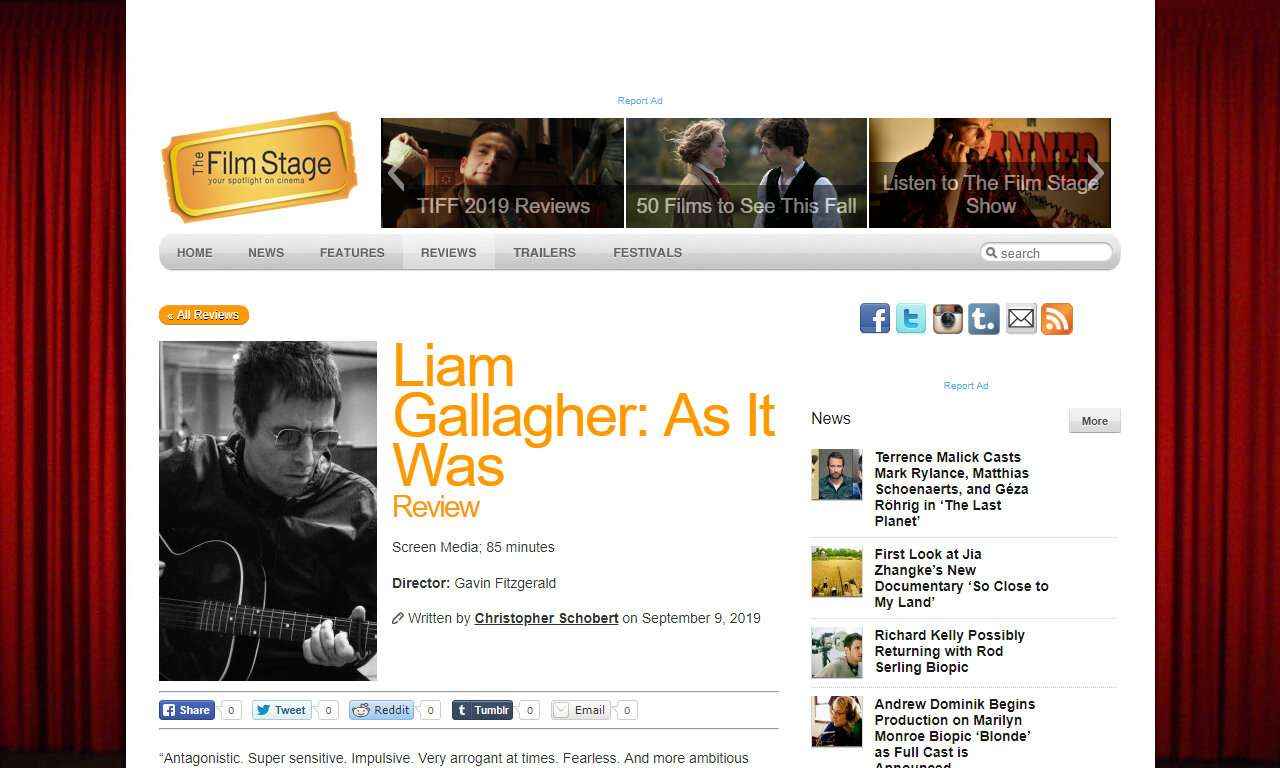