Riot Girls Theatrical ReviewCranked Up Films; 81 minutes Director: Jovanka VuckovicWritten by Jared Mobarak on September 9, 2019Written byon September 9, 2019Following her success helming a segment in the well-received, woman-directed horror anthology XX, former Rue Morgue editor Jovanka Vuckovic delivers her feature film debut with the high concept, post-apocalyptic teen actioner Riot Girls. On one side of the bridge reside rich kids who have transformed their high school into a fortress run by varsity captain Jeremy (Munro Chambers) and those he deems worthy of his toxically masculine creed of taking what you want and living off the backs of prisoners who have broken his rules (think 'The Walking Dead' Negan). On the other is a contingent of punk rock survivors who have learned to steal, protect the helpless, and create a community under the tutelage of Jack (Alexandre Bourgeois) by embracing anarchy, freedom, and altruism (think Rick Grimes and his ragtag heroes).

As those living under Jeremy thumb in the West realize their lack of agency, some (Jenny Raven Caine for instance) take it upon themselves to upset the applecart in hopes of rebellion.

It therefore falls to his sister Nat (Madison Iseman), her girlfriend Scratch (Paloma Kwiatkowski), and Jack most recent rescue from the clutches of danger, Sony (Ajay Friese), to save him. Give this world more time to expose its themes, dynamics, and history and you could really dive into the Lord of the Flies nature of kids thrust into responsibilities they are not quite mature enough to handle.

The abbreviated prologue provides the setting and the overarching black and white form of good versus evil helps us hit the ground running. One scene of reprimand where Devon sentences a young boy to 'detention' and leaves a barely older girl to return home and relay the message being sent has wide-ranging ramifications that ultimately set the course for multiple other characters. It also guarantees we witness the devastation endured by them becoming murderer and/or survivor--having blood on their hands and/or experiencing the sort of loss no teen should (yet so many continue to face in this post-Columbine America). 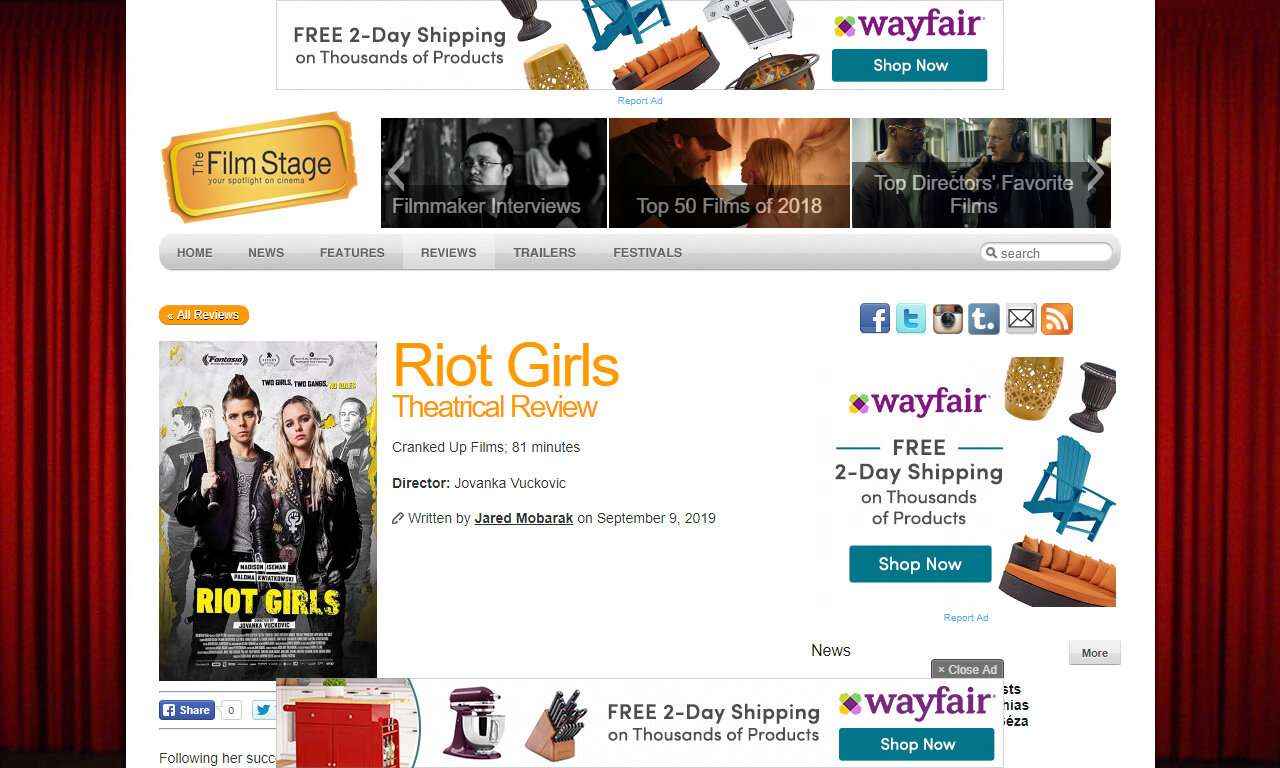