This means bumming onto a trawler owned by Gerard (Dougray Scott) and Freya (Connie Nielsen) thanks to an acquaintance with a crush (Jack Hickey). The fishing couple is short on cash (late payroll the reason Ardalan Esmaili engineer Ahmed is about to quit), so they take her money, agree to one scuba dive, and hold their breath upon realizing red hair (bad luck) exists under her hat. That how writer-director Neasa Hardiman gets her ragtag crew aboard a rusting heap of metal to find themselves in a nautical exception zone as easily a source of supernatural monsters and scientific anomalies as the titular sea fever psychosis they are all at risk of forming.

There a lot of greed, opportunism, and hubris at work with a splash of stubborn denial when the unexplained becomes their only logical explanation once chaos hits. I'm not talking about your usual creature feature, though, as Hardiman takes special care to ensure her narrative is steeped in real world plausibility. Just as Gerard and Freya trusted companion (Olwen Fouere) talks about lights in the water being a mythical Goddess' hair, fact and fiction often have overlap.

The sea fever is somehow so prevalent a possibility that the smallest shred of deniability leads Gerard and Freya to chalk things up to paranoia instead. That the film possesses realistic special effects (the beast and power its drive to exist wields regardless of violent intent) and affecting performances is a boon because the plot itself delivers little we have not seen before in other parasitic horrors within confined spaces (see Alien). The animal reacting as it should in nature, however, allows Siobhan the chance to discern their best options for escape while the anxious humans confronting their mortality descend into aggression. 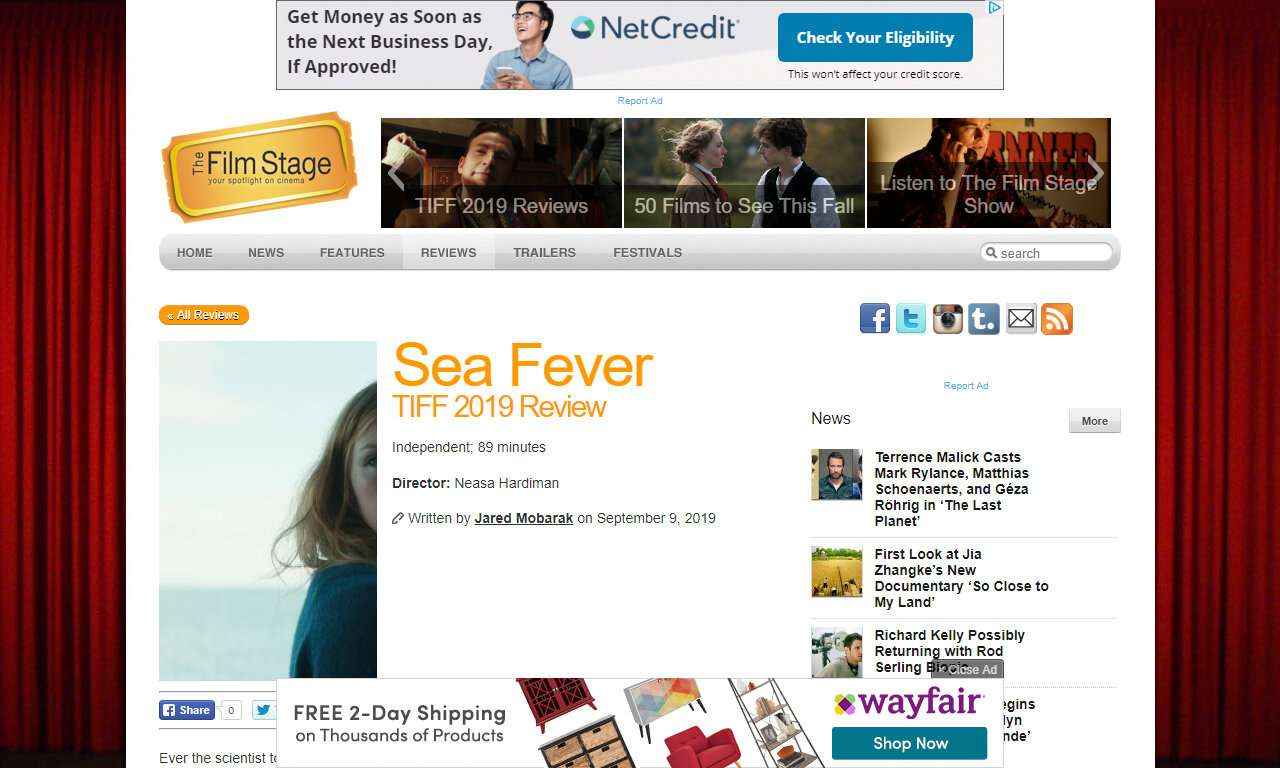