'Portrait of a Lady on Fire' Trailer Brings the Heat, Literally and Figuratively

0Neon has released the first trailer for its searing love story Portrait of a Lady on Fire, which hails from writer-director Celine Sciamma (Tomboy, Girlhood). The film stars Noemie Merlant as a French artist who falls for the female subject she has been hired to paint, played by Adele Haenel.

Per Neon, the film is set in 18th century France where 'a young painter, Marianne, is commissioned to do the wedding portrait of Heloise without her knowing. Therefore, Marianne must observe her model by day to paint her portrait at night.

'Of course, the two women begin to fall in love, but must keep their forbidden romance under wraps. This movie is not about wondering if such a relationship would be possible - it not, and they know it,' said Sciamma, referring to the taboo that existed back then. The director also cast two leading ladies who were the same age and height, explaining that she 'was obsessed with this question of equality in love and friendship, which I think is possible in queerness and less so in straightness.

I do not believe that France has announced it as the country official Oscar submission just yet, but it is expected to receive that honor, as it surely considered among the frontrunners for the Best International Feature prize.

Watch the trailer below and let me know on Twitter if you think Portrait poses a threat to Parasite awards hopes this year. 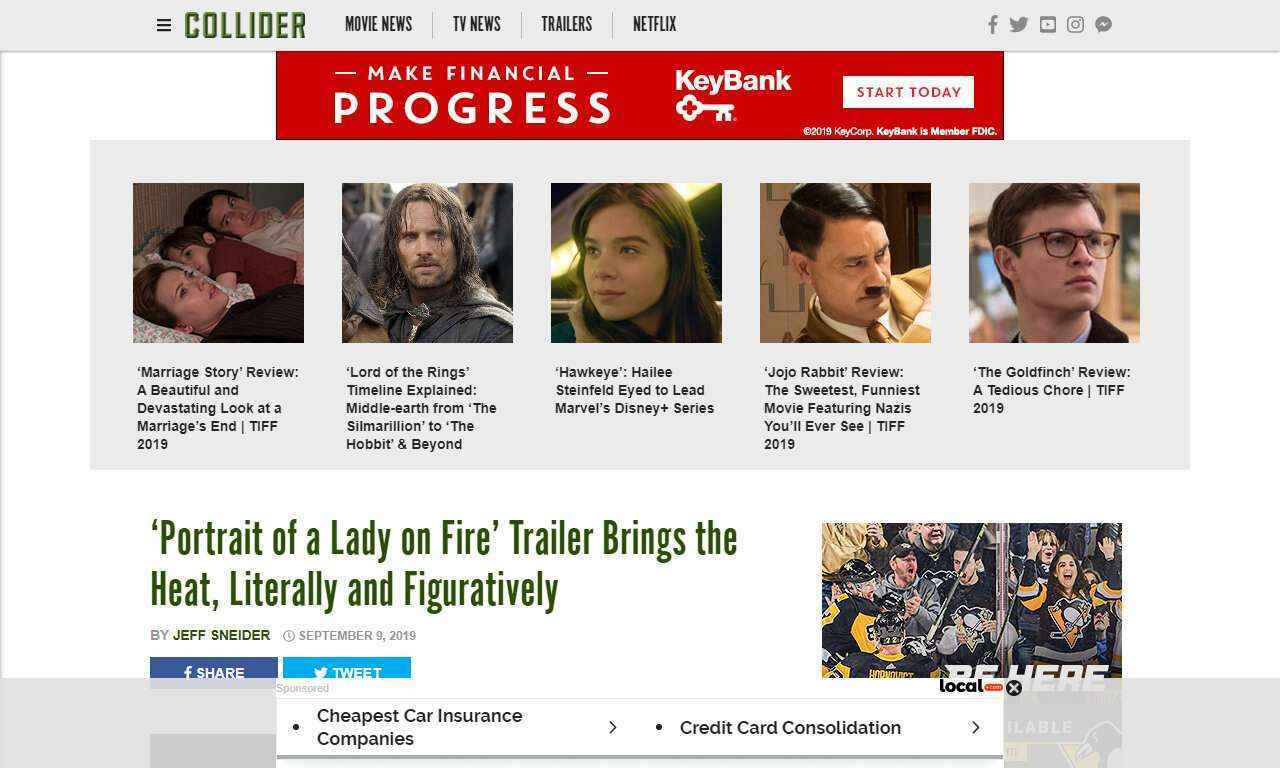