The Horror Origins of 'Hansel and Gretel'

The director behind The Blackcoat Daughter and I Am the Pretty Thing That Lives in the House is proving to be a modern maestro of horror, and his next movie looks like the stuff of nightmares once again.

This version follows a teenage girl (Sophia Lillis) and her brother (Sammy Leakey) as they fend for themselves after leaving home amid pestilence and famine. During their travels, the siblings meet a huntsman (Charles Babalola) before finding comfort in the home of an elderly woman (Alice Krige), whose intentions may not be so kind.

Gretel & Hansel appears to be faithful to the original story for the most part, but the age difference between the characters and the rearrangement of the title are very evident. As one of the most inherently scary fairy tales of them all, 'Hansel and Gretel' lends itself perfectly to a horror movie setting.

: Fairy Tales and the Culture of Childhood points out that poor families would actually abandon or kill their children because they could not afford to keep them. 'Hansel and Gretel' was originally published in 1812, but there is also an earlier French version of the story that explores darker subject matter.

Titled 'The Lost Children,' the story follows Jean and Jeanette, who have been cast out by their parents, only to stumble upon a house in the woods. That a common theme in horror as well, and with Perkins at the helm, Gretel & Hansel will be one of the best horrific reimaginings of the fairy tale to date. 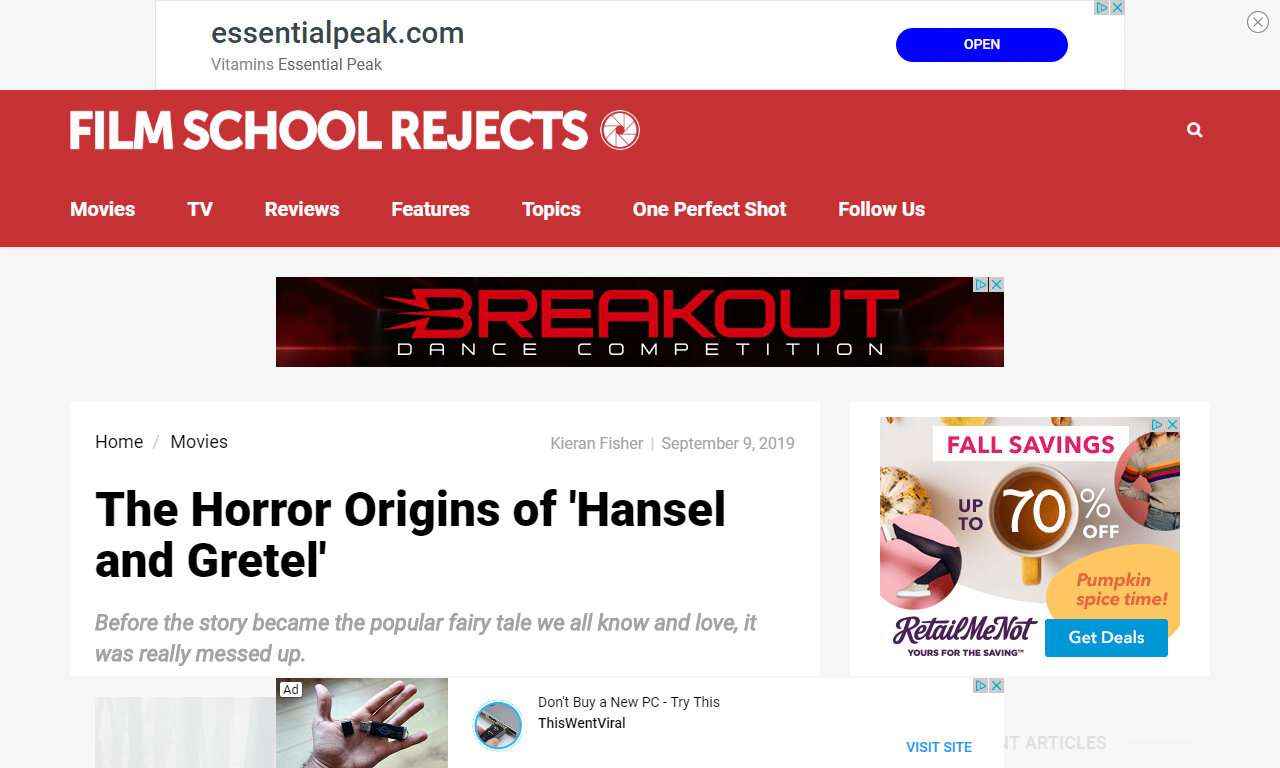