'Haunt' Review: An Intriguing Premise Lessened By What Follows

Characters buying tickets for a haunted house experience expect to be frightened and put off balance, and that initial disorientation allows room for twisted thrills and surprises. Harper (Katie Stevens) is having a rough night evident as she applies makeup to cover the bruising gifted her by her boyfriend Sam (Samuel Hunt).

Her friends cajole her into joining their Halloween celebrations, and the evening starts to look up when she meets a nice guy named Nathan (Will Brittain).

They hit it off, and soon the pair head off in search of an extreme haunted house alongside their friends Bailey (Lauryn Alisa Mc Clain), Angela (Shazi Raja), Mallory (Schuyler Helford), and Evan (Andrew Caldwell). The initial setup and premise behind Haunt seems simple enough, and it is as the friends enter the building expecting entertainment and find a fight for their lives instead, but writers/directors Scott Beck and Bryan Woods tease some intriguing and fun ideas and threads suggesting much more is at play here.

There the hint of a bigger world and more twisted explanation, but unfortunately the film chooses to drop those threads en route to a fairly definitive and uninspired ending reached on rails of stupidity. They leave multiple weapons behind again and again -- guns, pitchforks, knives, and more -- as if they are allergic to the idea of self-defense, and rather than face down a single threat they split and run more than once leading to their obvious demise.

The lack of smarts displayed by the characters seems powered by the film desire to stick with their premise of creepy things typically found in these kinds of haunts meaning at one point, well after realizing that these people are trying to kill them, one of our heroes still insists on following the rules.

Even more intriguing is the reveal of the killers as their masks -- ghost, clown, witch, vampire, devil, zombie -- hide frightening truths of their own showing some cool design choices and ideas. 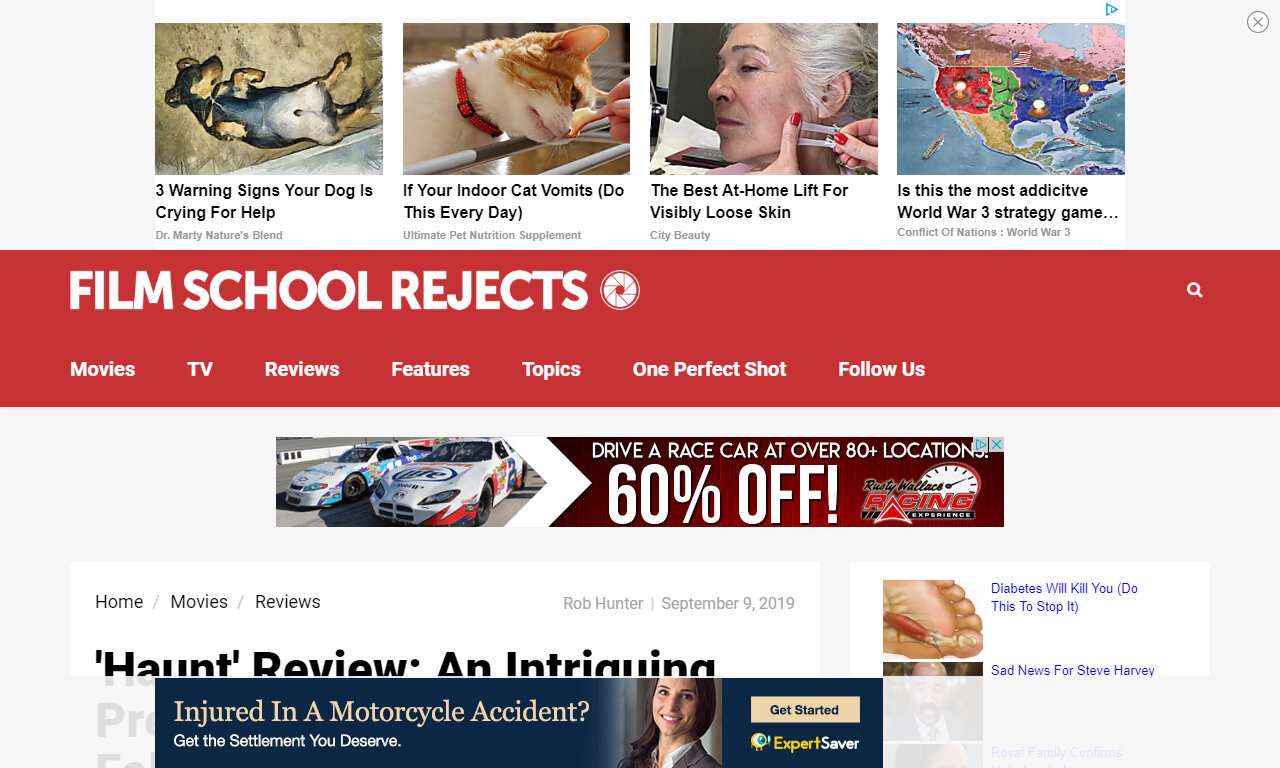