'The Goldfinch' Review: John Crowley Paints a Portrait of Loss and Longing

And it true that Donna Tartt thoughtful, decades-spanning, continent-hopping story of a boy and a painting does not really lend itself to an action-packed feature film, but if you are in the bag for a 150-minute meditation on grief, guilt and the power of beauty, then hey, The Goldfinch is for you.

But to be fair, this viewer was genuinely surprised to discover that the film reached the two-and-a-half-hour mark, as The Goldfinch remains so elegant and engaging as to rather speed by. It starts with a disaster: The Metropolitan Museum of Art has been bombed, and 13-year-old Theo Decker (a remarkable Oakes Fegley) loses his mother in the attack. The tragedy irrevocably alters the course of Theo life, linking him to two vastly different families (Jeffrey Wright and Ashleigh Cummings as Hobie and Pippa, and the Barbours, whose graceful matriarch is played by Nicole Kidman), and to one miraculous painting: The Goldfinch, a thing of light in a world of darkness.

Theo newly amended fate spins him in a dozen different directions: to Vegas with his layabout father and crummy stepmom (Luke Wilson and Sarah Paulson), where he befriends Boris, a big-hearted, cosmopolitan drug abuser played as a child by Finn Wolfhard and as an adult by Aneurin Barnard.

It puts him in the path of Denis O'Hare in a characteristically sinister role as arts collector Lucius Reeve, and all the way to Amsterdam where The Goldfinch takes a shockingly violent turn, finally delivering the action that viewers might expect from a star-studded Hollywood movie.

But focusing on the plot and the characters of The Goldfinch feels a little bit like missing the point, like reading the museum labels at the Met but never looking at the art.

While Crowley adaptation is quite faithful to Tartt novel - perhaps to a fault, as the deliberate pacing and mysterious unveiling of information appear to have alienated many viewers - the film feels more like a gorgeous piece of emotional art than a straightforward story.

The great Roger Deakins shot The Goldfinch, and it rich and textured and golden, as filled with light and darkness, hope and sadness, as the painting at the center of its plot. 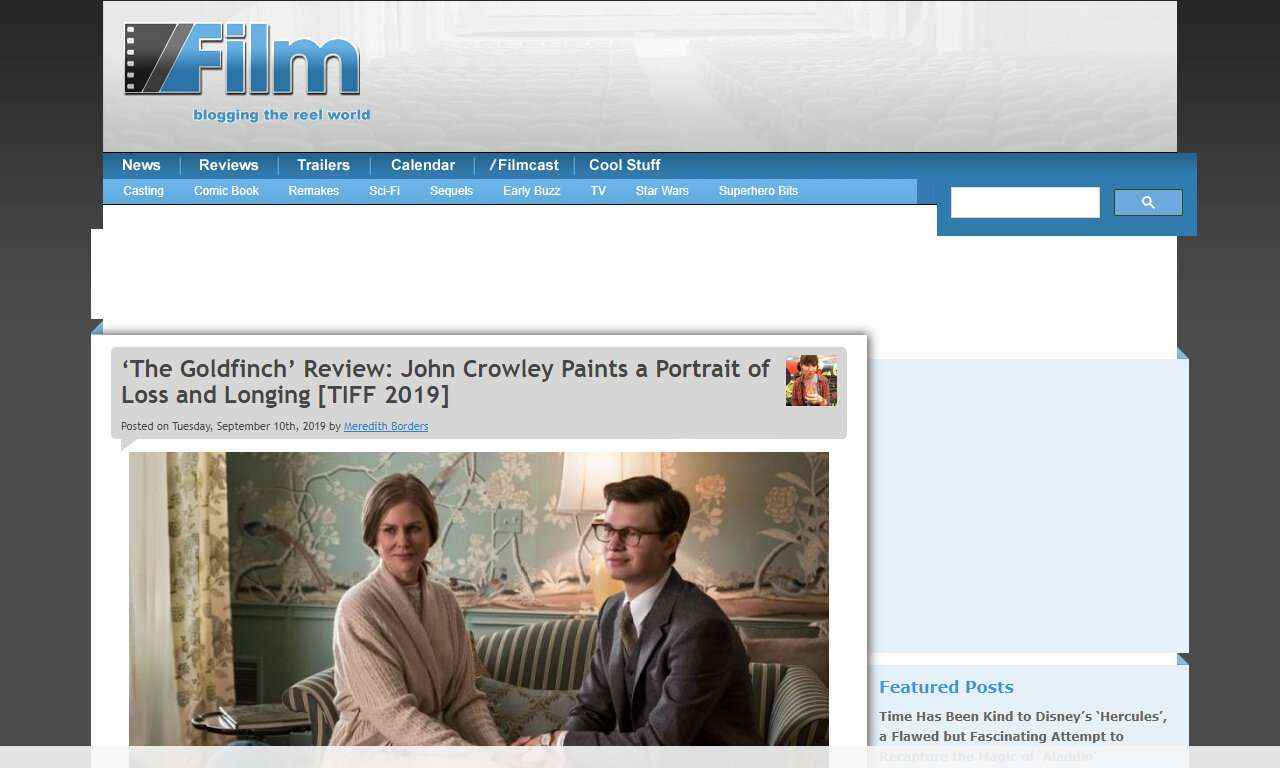