TIFF Review: Beanie Feldstein Becomes a Victim to Impossible Expectations in 'How to Build a Girl'

The financial appeal must have been great too at age sixteen because the type of comedic trolling a good writer can perform is exactly what gets global audiences in a frenzy (see social media).

At its center is young Joanna Morrigan--an over-achieving aspiring poet with pictures of her heroes (Sylvia Plath, Elizabeth Taylor, and the Brontes) adorning her wall as vessels with which to bestow wisdom.

She finds the courage to put herself out there despite the persistent mocking of bullies declaring her uncool, talks her way into a job reviewing modern music (of which she knows nothing), and eventually arrives at a crossroads where being the effervescent lover of life that disarms talent in a cynical industry proves unable to move magazines as readily as catty teardowns composed of interchangeable insults regardless of whether she believes them to be true. Adapted by Moran and John Niven with direction from Coky Giedroyc, the film version allows us to watch as the endearing Joanna (Beanie Feldstein) confronts this choice of selling out that we have all been forced to make.

A young woman entering a wolf den of chauvinism and sexual harassment before she ever really thought about sex outside the fantasy of hot boys through the library window. Who she wants to be is, however, enough for her delusional wannabe rocker father (a great Paddy Considine), her now worn down mother after surprise twins restart the infant grind (Sarah Solemani), and her empathetic brother Krissi (Laurie Kynaston)--the sole person her age who treats her as an equal.

While Joanna unique perspective and humor do exactly that to make her reviews a regular part of the magazine that did not want her, effusive praise does not quite transfer to features when a John Kite (Alfie Allen) profile cannot get past the editor claims of 'fangirl fawning. ' The film is thus rife with mirrors whether it Krissi having access to the 'cool' room at school before watching Joanna lock him out or the contrast between Kite kind-hearted love interest as platonic confidant and one of her bosses (Frank Dillane) making good on the 'jailbait' status he gave her.

Heck, even those aforementioned heroes (played Jameela Jamil, Michael Sheen, Lucy Punch, and other familiar Brits) on her wall know when to protest her metamorphosis. 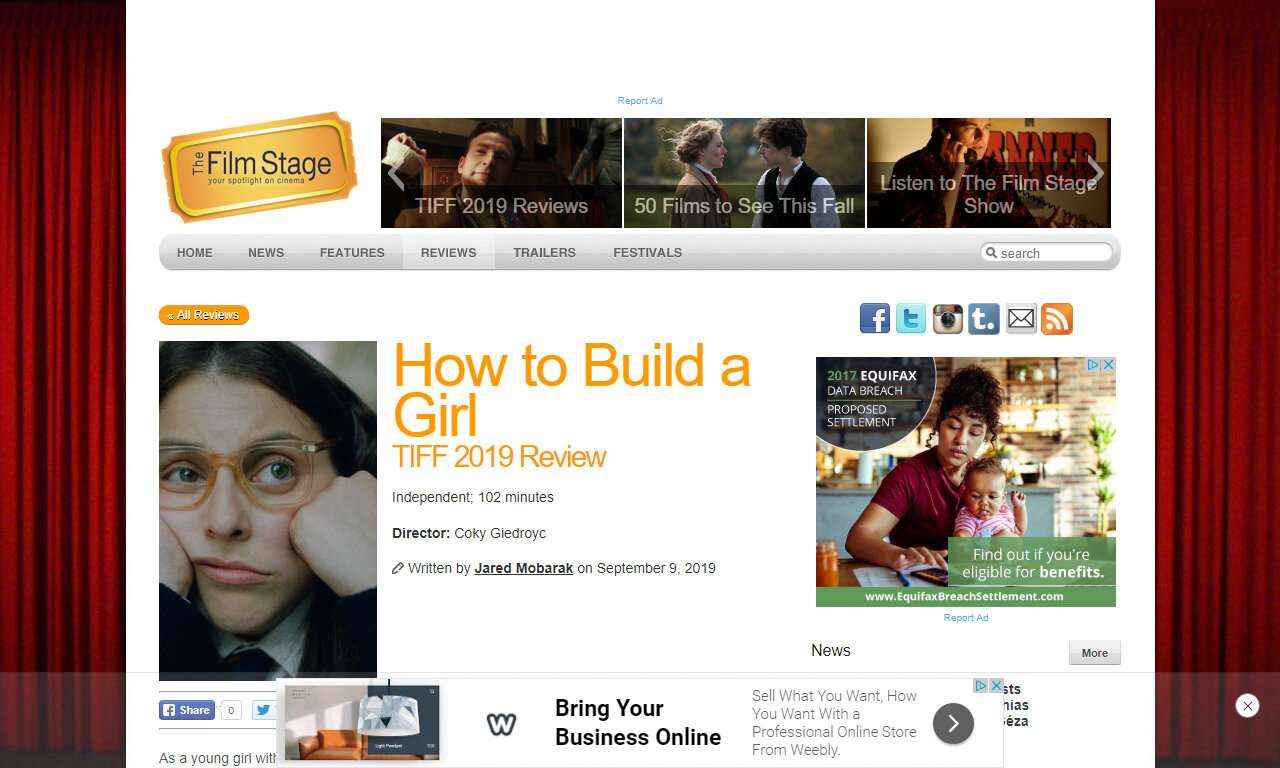