Samara Weaving in a Wild Death-Match | TIFF 2019. Miles wakes up to find he got guns bolted to his hands and he facing off against Skizm most deadly competitor, Nix (Samara Weaving).

It a confidently directed action thriller packed to the brim with complicated stunts, expertly executed set pieces, and downright stunning lighting schemes. Yes, it one shootout after the next backed by familiar songs giving some of them a music video feel, but it all a feast for the eyes thanks to Howden designs and cinematographer Stefan Ciupek dynamic camera work. Even when the movie hits a bit of a snag trying to incorporate a little backstory for Nix, Weaving intensity and the film rip-roaring pace maintain a solid foundation.

He made seeing the next Daniel Radcliffe movie a special kind of treat as someone who willing to go big and take chances on unique material. With Guns Akimbo, Howden is going for a highly specific style and tone which makes it especially vital for Radcliffe to be just as precise with his work.

Thankfully nothing like Skism exists today, but we do live in a world inundated with reality competition shows and also where many have their heads buried in computers and phones every waking hour of the day. That alone could make Guns Akimbo a scenario that will stay on your mind well after the movie wraps up, but Howden script does stick to skimming the surface of those themes and ideas in favor of the action. One could make the style over substance argument and Guns Akimbo certainly is not for everyone, but personally, I cannot say no to an expertly crafted thrill that will electrify a midnight crowd, encouraging viewers to believe in and rooting for an unlikely hero. 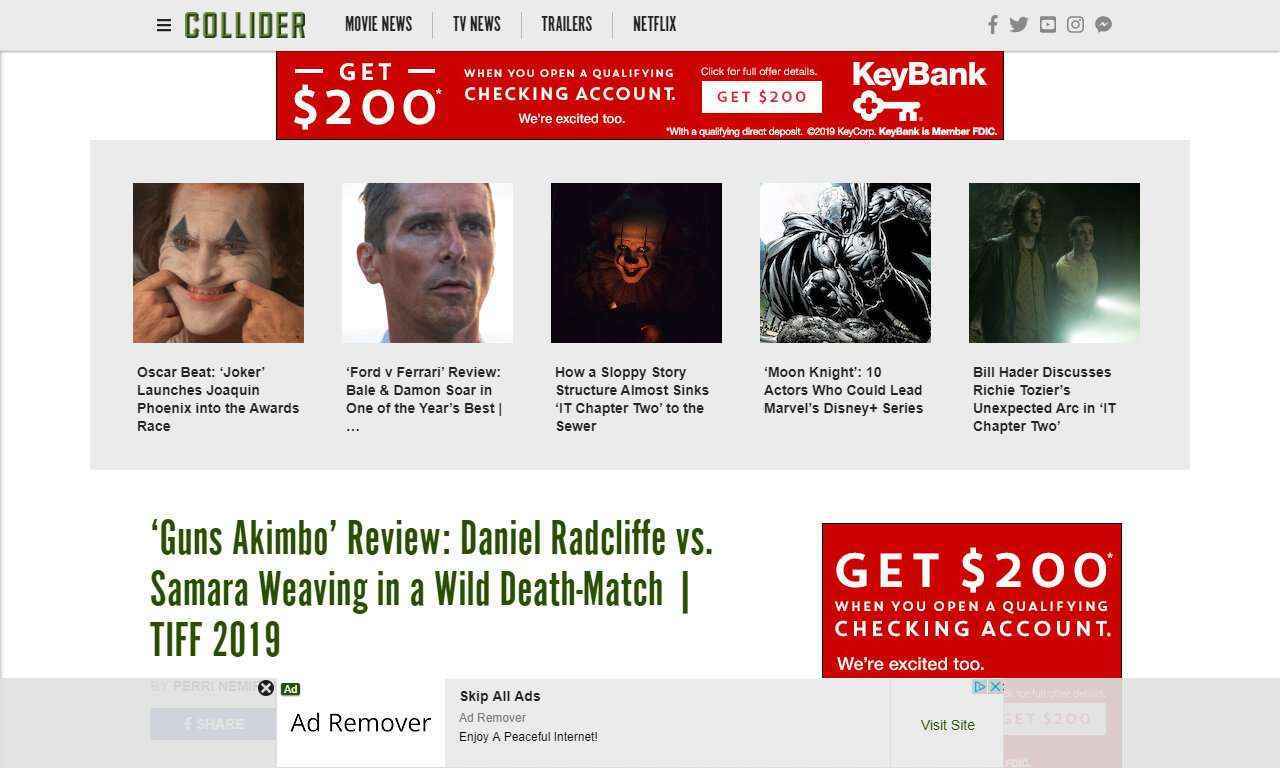