Busan Review: 'Boluomi' is a Misery Trip Through a War-Torn Malaysia

But while you can certainly do that watching the debut narrative feature of Chinese-Malaysian filmmaker Lau Kek Huat and Taiwanese actress/director Vera Chen, the experience itself proves otherwise less than fulfilling. Fast forward to his late teens, Yi-Fan could not get into any university in Malaysia for being ethnic Chinese and decided to move to Taiwan to start anew. It depicts a contemporary Malaysia where racial injustice is so prevalent one can expect to be systematically barred from opportunities despite talent and hard work.

It exposes the apathy towards and abuse of vulnerable immigrants prevalent in Taiwan, a hub of relative wealth and supposed liberal-democratic values that gave so many in neighboring countries the false hopes they can no longer afford to forsake.

In broader sociopolitical context, the film also illustrates how immigration-related human rights violations are not limited to the western hemisphere, but part of a quiet daily routine in the Far East as well. The recurring black-and-white flashbacks to the protagonist childhood is a nice touch, steadily adding depth and details to this fiercely independent young man we see. The night before the first adoptive parents of little Yi-Fan gave him back to his birth mother, the Malay-speaking, Allah-worshipping dad comforted the child he bore no blood relation to with simple words of assurance and a smile.

Later in the film, when Laila bade goodbye to a fellow illegal massage parlor worker from Vietnam who got to Taiwan via her dead sister ID plus a fake marriage, the tears of the two kindred, stranded souls who cannot even properly communicate with each other also felt achingly real.

And although I would not call Boluomi a success in terms of crafting a narrative feature, I applaud his courage and generosity to share such intimate perspectives and observations as a permanent outsider. 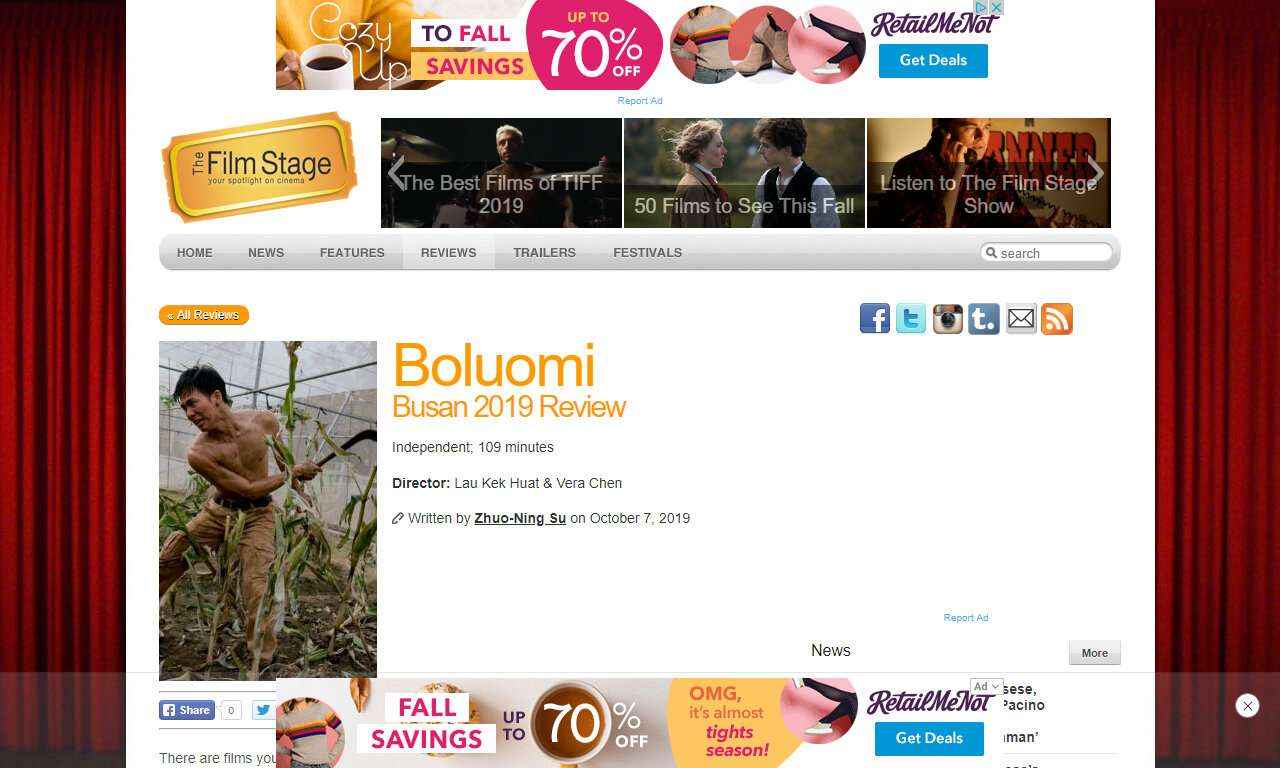