Wonder Woman: Bloodlines takes a melodramatic step back from the greatness of DC last two years of animated films. There action a plenty and a fair amount of entertainment value, but the story does not match the excellence of recent offerings.

Wonder Woman: Bloodlines is watchable in its mediocrity, but is not comparable with The Death of Superman, its sequel Reign of the Supermen, and the superb Batman: Hush.

Wonder Woman: Bloodlines begins five years in the past, before the events of Justice League: War.

In Washington DC, Diana Prince is sent to live with archaeologist Julia Kapatelis (Nia Vardalos). She adores the Amazon princess, much to the chagrin of her teenage daughter, Vanessa (Marie Avgeropoulos).

As time passes, Diana becomes the heroic Wonder Woman, while Vanessa is consumed by jealousy for her mother affection. The film is now available for digital download with an October 22nd Blu-ray release after having its Premiere at NYCC.

The views and opinions expressed in this article are those of the author and do not necessarily reflect the official policy or position of Movieweb. 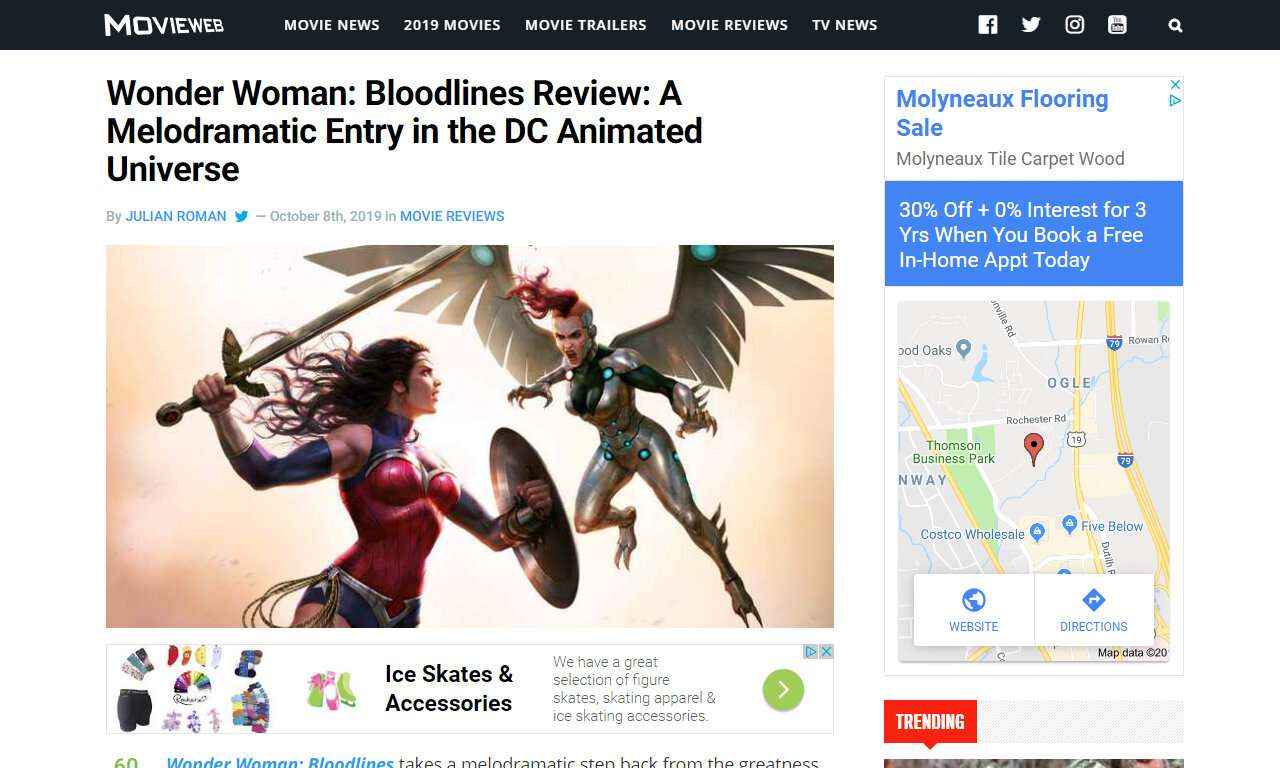