'Light From Light' Trailer: A Grounded Ghost Story Like None You've Seen Before

If the jump scares and horror set pieces of Paranormal Activity or The Conjuring franchises were exchanged for an authentic reckoning of the tangled emotions the departed may leave behind, you have something close to light From light.

There a palpable tension to this story of paranormal investigating, but rather than injecting the expected terror, the film power lies in never seeing ghost hunting depicted so grounded and character-driven before. I said in my review, 'This is the kind of film where the minutiae of insurance policies are discussed before any haunting may begin. Those going into Paul Harrill second feature looking for frights will be rewarded with something more substantial: an experience rich with atmosphere and humanity, and drama ultimately more enlightening than the cheap thrills that pervade the dime-a-dozen ghost stories we have seen before.

'See the trailer and poster below for the film starring Marin Ireland, Jim Gaffigan, Josh Wiggins, Atheena Frizzell, and David Cale. Gifted with sometimes-prophetic dreams and a lifelong interest in the paranormal, Shelia (Marin Ireland) is asked to investigate a potential haunting at a Tennessee farmhouse. It there she meets Richard (Jim Gaffigan), a recent widower who believes his wife may still be with him.

The investigation that ensues -- which eventually pulls in Shelia son, Owen (Josh Wiggins) and his classmate Lucy (Atheena Frizzell) -- forces them to confront the mysteries of their own lives. light From light opens on November 1st in New York at the Quad Cinema and November 8th in Los Angeles at Landmark Nuart. 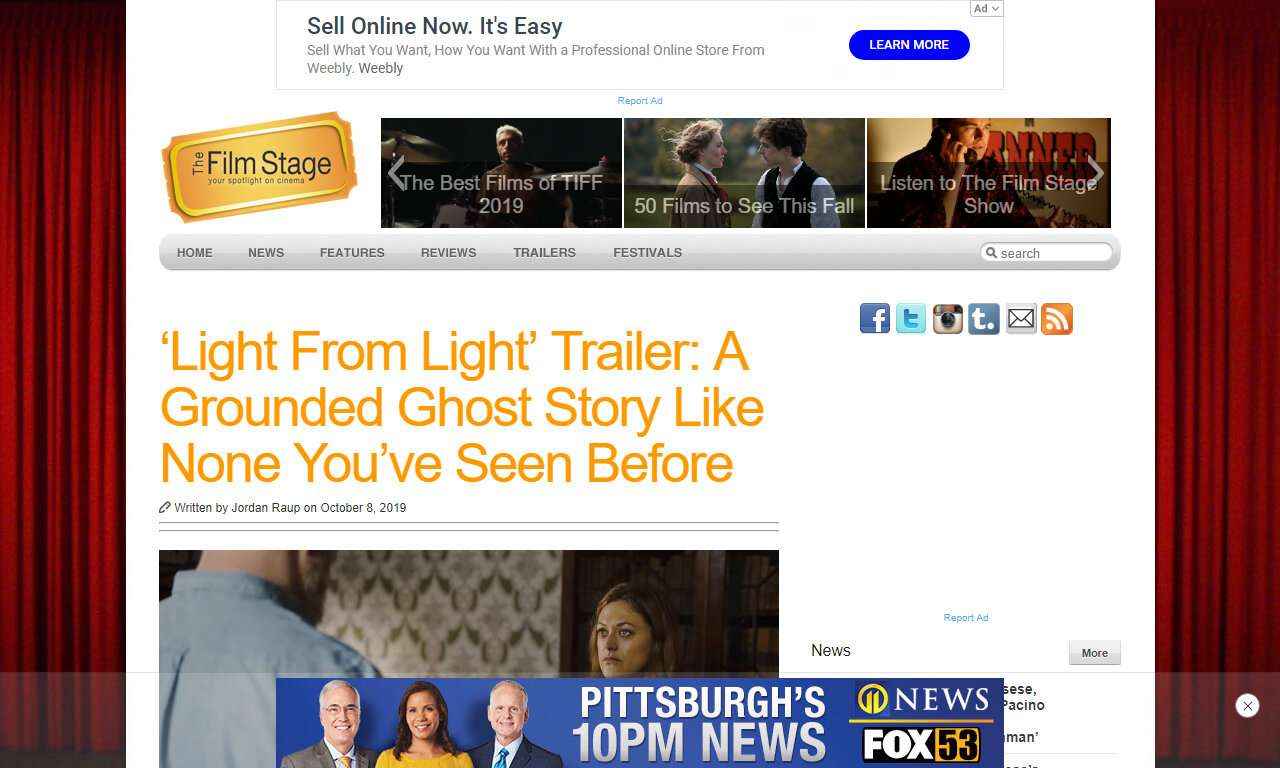