'Young Ahmed' Review: A Realistic But Uneven Look at the Effects of Extremism

Belgian neorealist master filmmakers Jean-Pierre and Luc Dardenne make films that might focus primarily on individuals, but they always echo back to some larger trend occurring in society. While the Dardennes stop short of outright polemicizing, they might have been better served to just embrace more explicit messaging if they intended to elevate political undertones to such an undeniable extent.

But the Dardennes always put their characters first, and it was through identifying with their struggles and travails that the audience could enter these complicated issues from a deeply humane angle. Young Ahmed, on the other hand, is about the conflict created by the titular teenager (a sensational Idir Ben Addi in an unflinching debut performance) as his instruction at an extremist mosque leads him to lash out. The early clashes stem from his espousing radical interpretations of the Quran, such as refusing to shake his female teacher hand or claiming that the Belgian muslim population cannot live in peace with other religions.

His teacher Ines (Myriem Akheddiou) attempts to counter his fundamentalist instruction with a more modern interpretation of their Muslim faith, one that emphasizes values that comport well with their liberal society.

The Dardennes focus on the youth and immaturity of their protagonist, not necessarily to solicit pity or to excuse his behavior, but rather to illuminate just how much religion can warp an impressionable young mind. The brothers tend not to dally much with their narratives, but even adjusting for their typical brevity, Young Ahmed feels like a cursory examination of the social issues they raise. The Dardennes understand how audiences react to such triggers as violence puncturing veneers of civilization or a child in peril, and they use that to devastating extent in driving home their point. 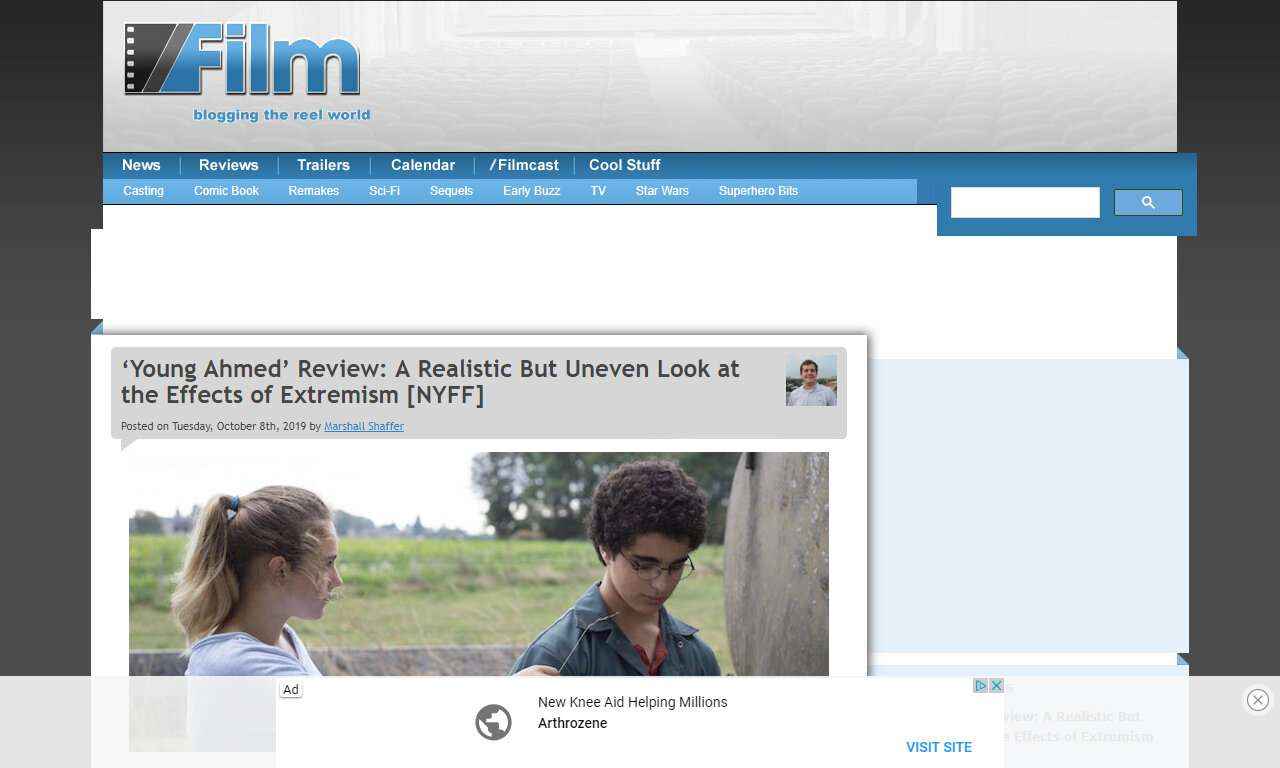