Sitges Review: 'The Platform' is Social Commentary Cooked Just RightEach year we get to see a new selection of films criticizing modern society, governments, and everything else wrong with the way things work. But do not expect some big, flashy, eclectic film - this contained horror drama is as minimal as Saw and Cube, taking place entirely inside the barren rooms of an insidious vertical prison called The Pit.

One man named Goreng, played by Ivan Massague, volunteers to spend some months inside in hopes of emerging with a diploma afterwards. Directed by Basque filmmaker Galder Gaztelu-Urrutia, with a screenplay by David Desola and Pedro Rivero, the film is a perfectly realized representation of modern society within a small package.

It a more sleeker, full-on version of Denis Villeneuve short film Next Floor (watch here) about how those who are 'above' us in society look down on those below, and wo not dare share any of what they have, even if it means the death of the others below them. There so much commentary baked right in - beyond just the horribleness of our modern social hierarchy and how selfish people (always) are, it discusses how hard it is to fix things, how relentless the system is, how our addiction to survival blinds us, and much more beyond all that. The platforms are not just simple representations of societal rankings, but there are subtle aspects about the entire setup that represent the struggles of daily life and survival.

The whole idea of the diploma is the belief that if you put yourself through a few months of hell, you may end up with some item that allows you to go up a few levels in life.

Sometimes it takes a gritty, minimalistic, excellent Spanish horror film to slap some sense into us all. 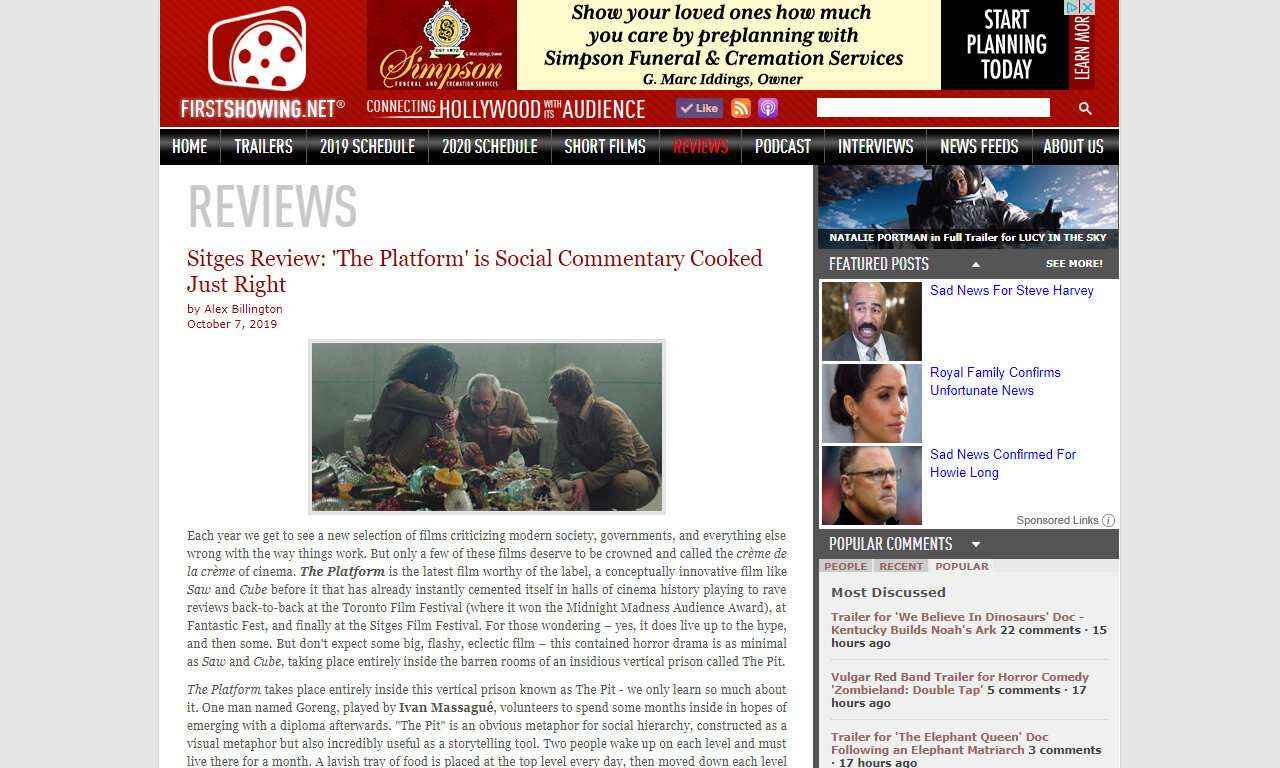