Grasshopper Film has debuted an official trailer for an indie drama title light From light, which initially premiered at the Sundance Film Festival earlier this year.

It also went on to play at the Sarasota, Montclair, Oak Cliff, and San Diego Film Festivals throughout the year.

He hires a single mother and local part-time paranormal investigator to determine whether there really is a ghost or not. It one of the few dramatic supernatural films that have ever been made, and it very good, a tender look at the emotional struggles of still-alive human beings. Starring Marin Ireland and Jim Gaffigan, with Josh Wiggins, Atheena Frizzell, David Cale, & Rhoda Griffis.

Here the first official trailer for Paul Harrill light From light, direct from Grasshopper You Tube:Gifted with sometimes-prophetic dreams and a lifelong interest in the paranormal, Sheila (Marin Ireland) is asked to investigate a potential haunting at a Tennessee farmhouse. It there she meets Richard (Jim Gaffigan), a recent widower who believes his wife may still be with him.

The investigation that ensues -- which eventually pulls in Shelia son, Owen and his classmate Lucy -- forces them to confront the mysteries of their own lives. Featuring original music by Adam Granduciel and Jon Natchez of the band called The War on Drugs. 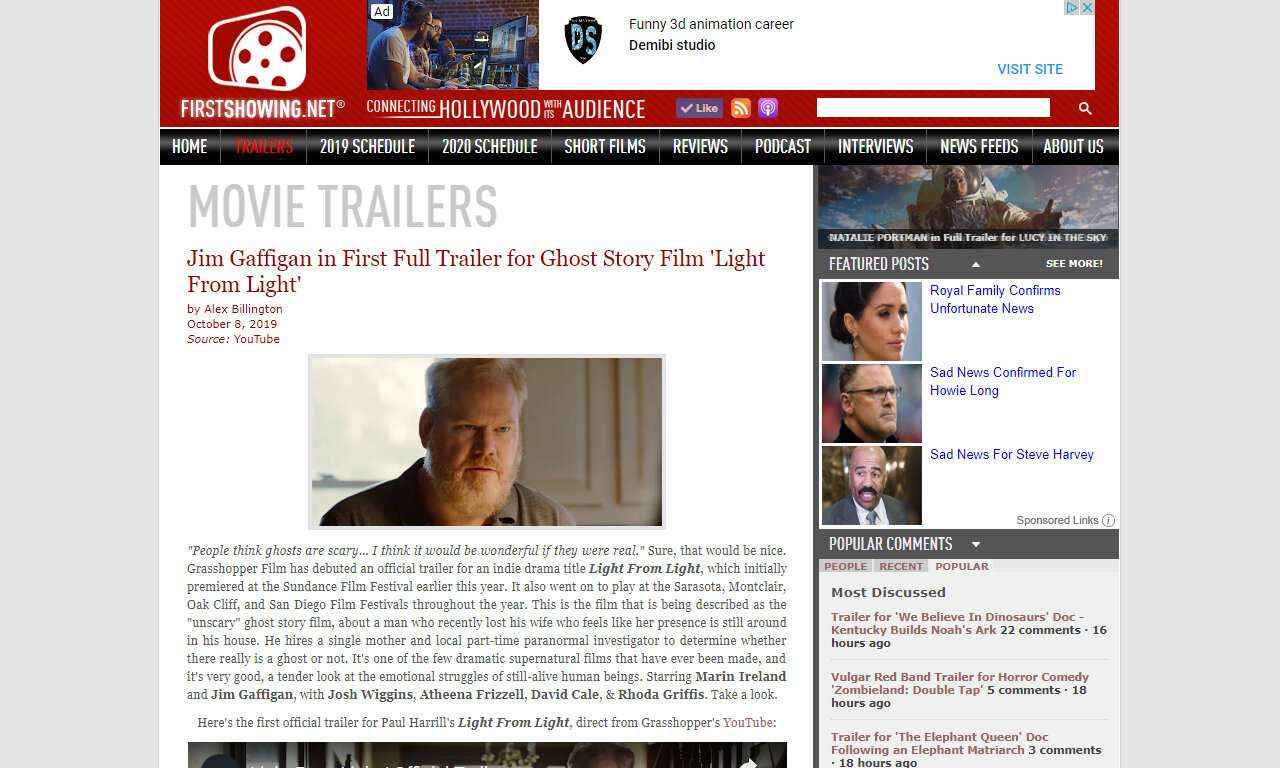