0Take a little post-apocalyptic Mad Max iconography, a Mean Girls-style teen ecology, throw in some fourth-wall breaks, iconic pop songs, a teen romance, and what do you get? Well, that would be Netflix upcoming series Daybreak, a wild and sun-soaked teen apocalypse series starring Colin Ford as an every-teen in the post-apocalypse who trying to reconnect with the girl he loves.

We previously got a look at a teaser trailer for the new series, but this one gives a whole lot more context (and F-bombs) about what to expect. No doubt, teen content does killer for Netflix after the wildfire success of originals like 13 Reasons Why and To All the Boys I have Loved Before, and Daybreak is firing off in the midst of the streamer popular seasonal Netflix and Chills lineup, so this one could be a breakout for the streamer. Or, it could go the quiet way of Netflix last teen-pocalyptic thriller The Society.

Who can tell when there new Netflix content every day?

The series comes from EPs Aron Eli Coleite, Brad Peyton, and Jeff Fierson and arrives on Netflix on October 24. Check out the trailer and very Ferris Bueller-y poster debut below.

Here the official synopsis for Daybreak: 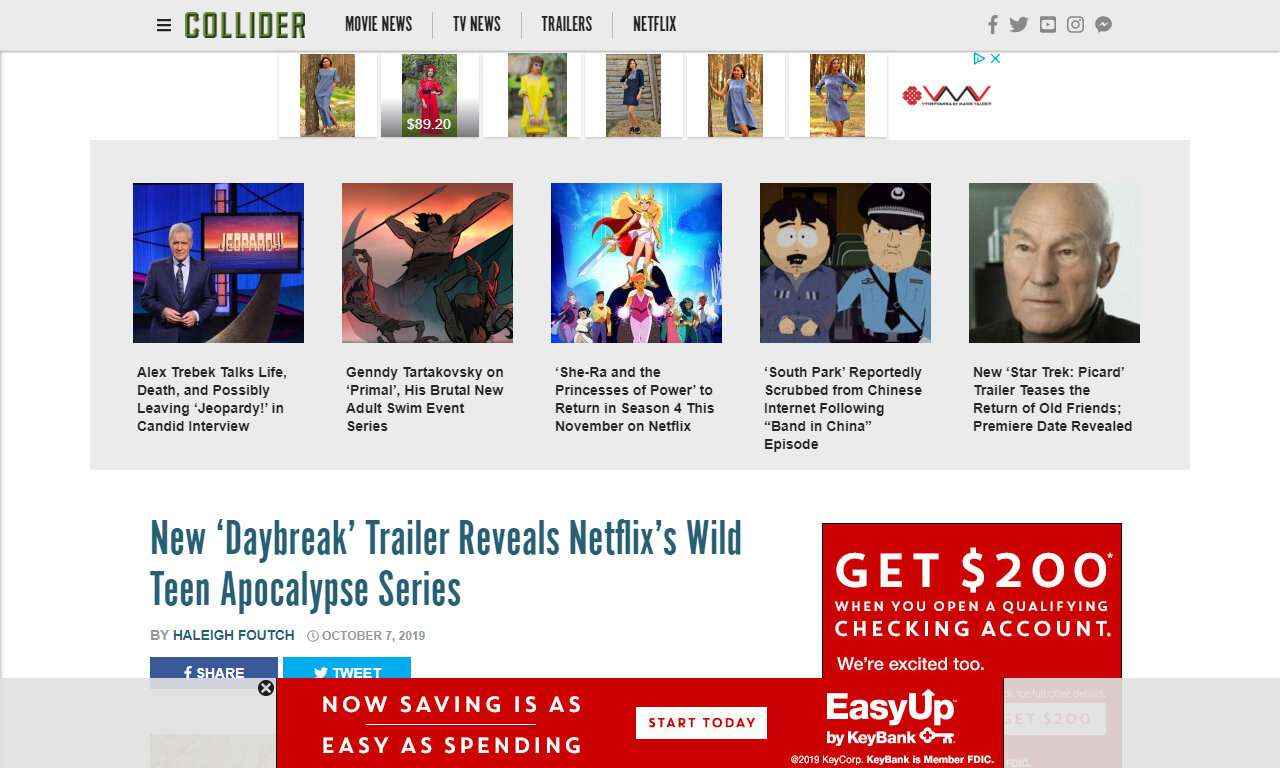