Faced with the responsibility to take care of her opioid addicted, veteran father, headstrong independent teen Mickey Peck keeps her household afloat. Camila Morrone (from Never Goin' Back, Death Wish) plays Mickey, with a cast including James Badge Dale as her father, Calvin Demba, Ben Rosenfield, and Rebecca Henderson. Here the official trailer (+ poster) for Annabelle Attanasio Mickey and the Bear, direct from You Tube:It April in Anaconda, Montana, and headstrong teenager Mickey Peck (Camila Morrone) is doing what she can to keep her single, veteran father (James Badge Dale) afloat, navigating his mercurial moods, opioid addiction, and grief over the loss of his wife.

Secretly, Mickey fantasizes of going to college on the west coast and finally living her life on her own terms. When Hank controlling, jealous behavior turns destructive, Mickey must now decide between familial obligation and personal fulfillment as she puts everything on the line to claim her own independence. Mickey and the Bear is both written and directed by American actress / filmmaker Annabelle Attanasio, making her feature directorial debut after a few other short films previously.

This first premiered at the SXSW Film Festival earlier this year. Utopia will release Attanasio Mickey and the Bear in select theaters starting on November 13th this fall. 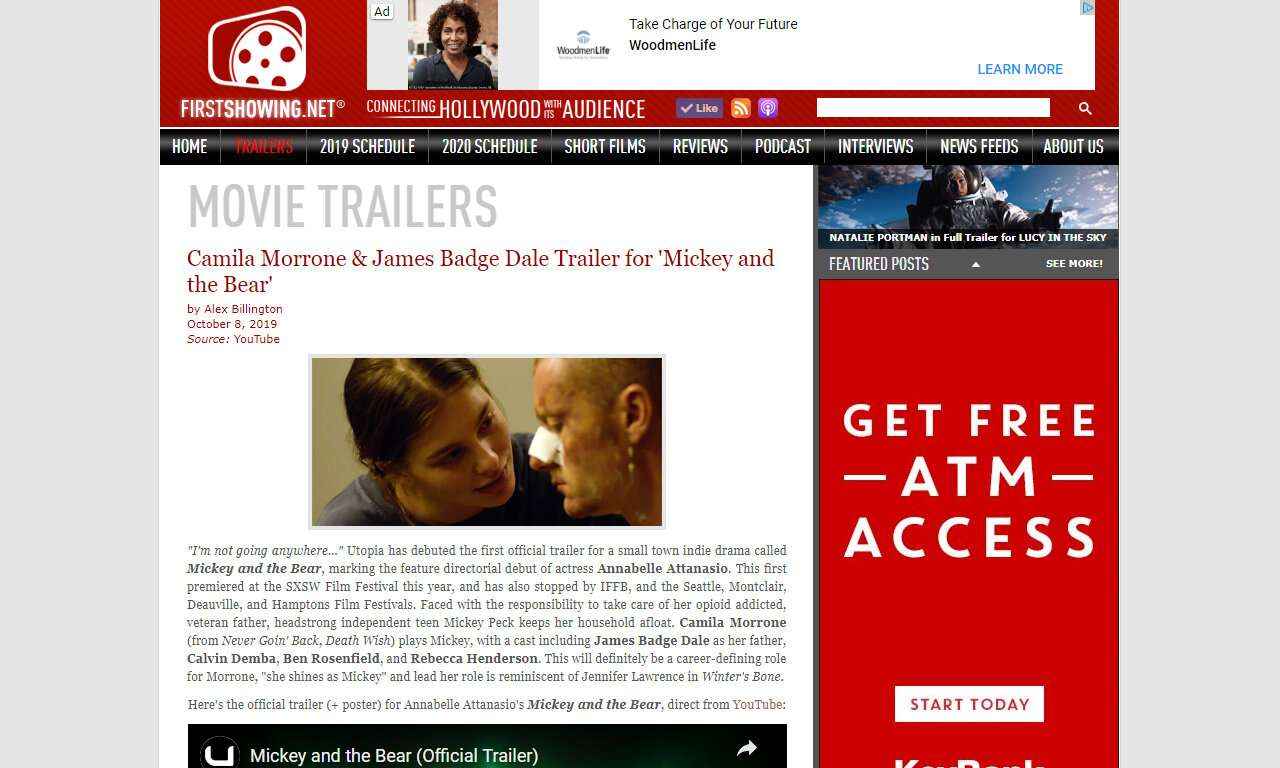