0Unless you are familiar with Susanna Jones' debut novel by the same name, you would be forgiven for not knowing what to make of the title Earthquake Bird. The award-winning 2001 novel pulls from the author own experiences studying Japanese culture and living and working in Japan.

Probably not so much the murder mystery aspect though; we are guessing/hoping that the fictional bit.

As for the meaning of 'earthquake bird', unfortunately, this first trailer for the Netflix flick does not give us any hints either. Oscar-winner Alicia Vikander leads this love triangle, completed by Riley Keough and Naoki Kobayashi; Jack Huston, Ken Yamamura, and Kiki Sukezane also star.

Wash Westmoreland (Colette) directs from a script he adapted. Ridley Scott is on board as an executive producer, and Atticus and Leopold Ross composed the music.

There a lot of big names involved with this project, but the first trailer paints it as a pretty by-the-numbers love triangle-meets-murder mystery. There a little extra bit of mental fracturing at play here, but will it be enough (along with the bizarre title) to let Earthquake Bird stand out from a crowded pack of streaming titles? 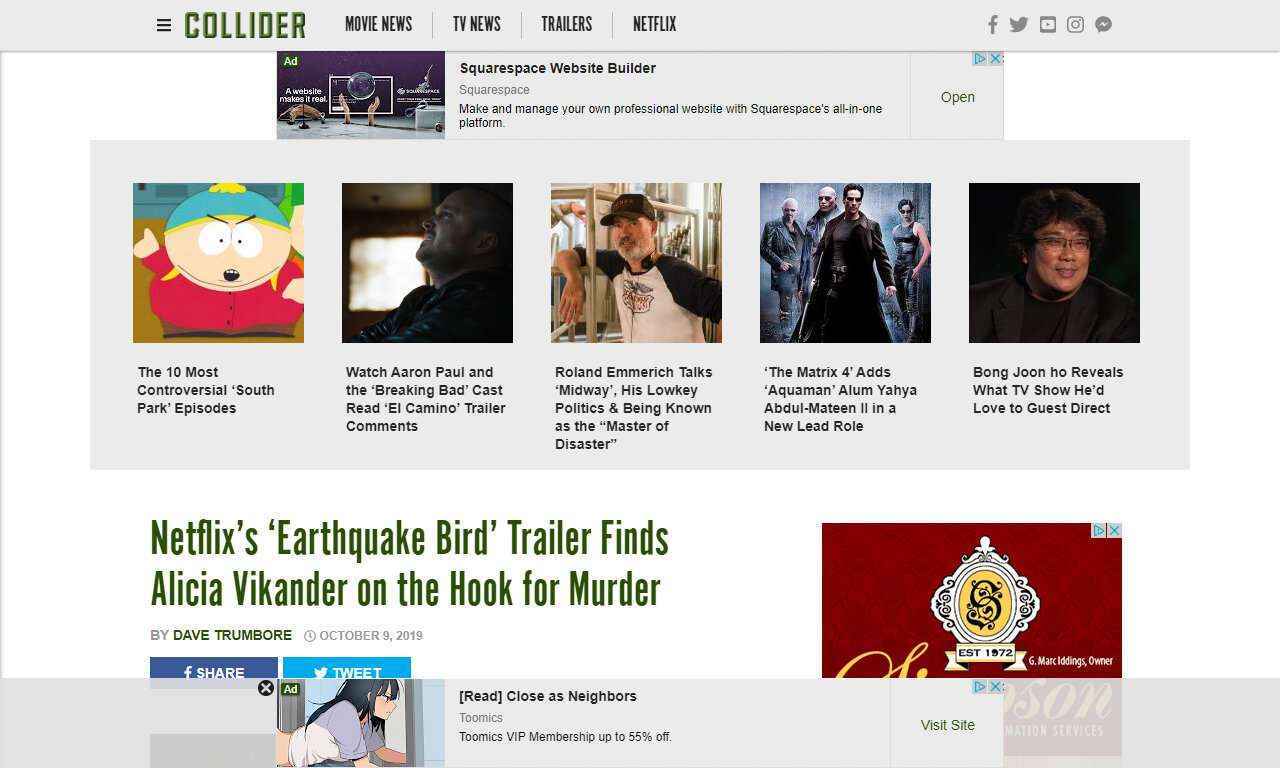