Here the official UK trailer (+ poster) for Mirrah Foulkes' Judy & Punch, from Picturehouse You Tube:In the outlandish town of Seaside, located nowhere near the coast, puppeteers Judy and Punch are trying to resurrect their marionette show. The show is a hit due to Judy superior puppeteering, but Punch driving ambition and penchant for a drink lead to an ill-fated turn of events that Judy must avenge. Produced by Michele Bennett, Nash Edgerton, and Danny Gabai.

No other US release date has been set - stay tuned for additional updates. 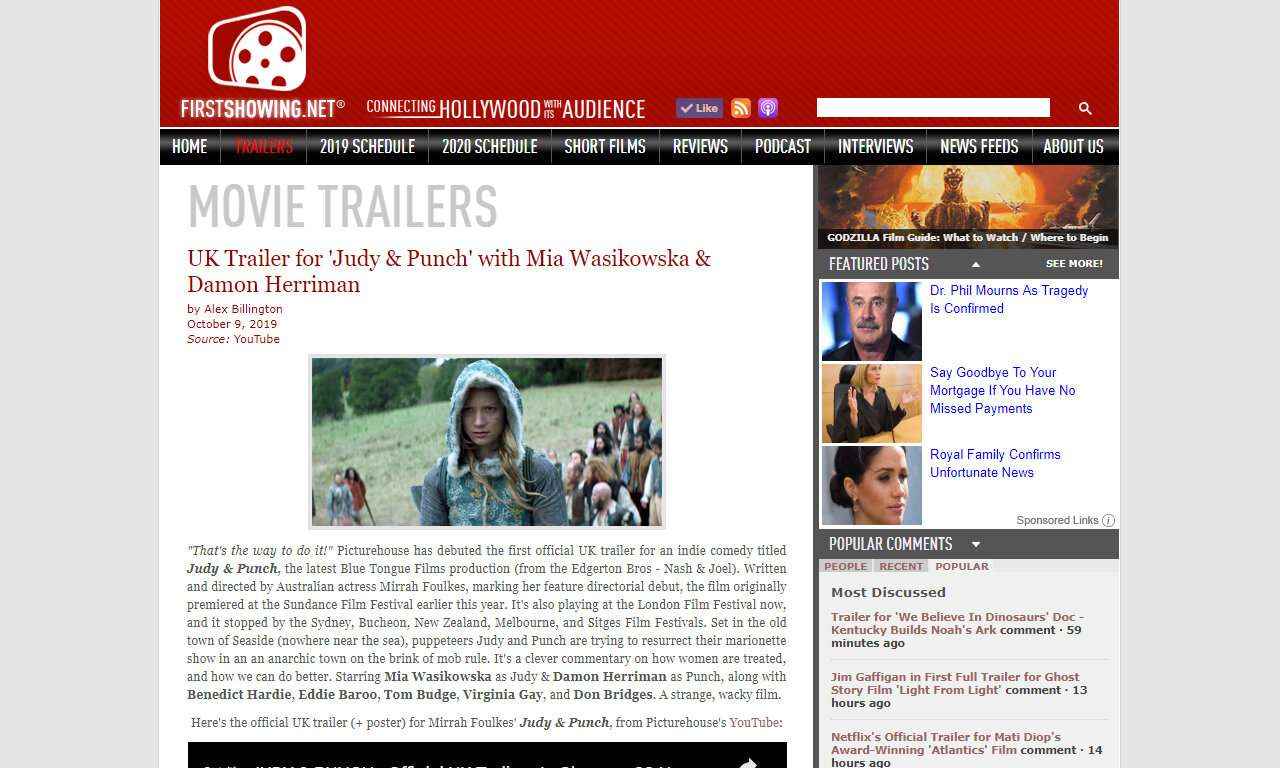