Alicia Vikander in First Full trailer for Tokyo Thriller 'Earthquake Bird''We have something no one else could share.

Do not you know that? ' Netflix has unveiled the first official trailer for an indie thriller titled Earthquake Bird, which is premiering at the London Film Festival this month. The latest from English filmmaker Wash West (Quinceanera, Still Alice, Colette), the film is about a young woman living in Tokyo who becomes the prime suspect in a horrific murder when her friend goes missing in the wake of a tumultuous love triangle.

Lucy imperturbable exterior begins to crack when a naive newcomer, Lily Bridges (Riley Keough), becomes entangled in their lives and ends up missing -- suspected dead. Earthquake Bird is directed by English filmmaker Wash Westmoreland (aka Wash West), director of the films The Fluffer, Quinceanera, The Last of Robin Hood, Still Alice, and Colette previously. The screenplay is also by Wash Westmoreland, adapted from Susanna Jones' novel of the same name. 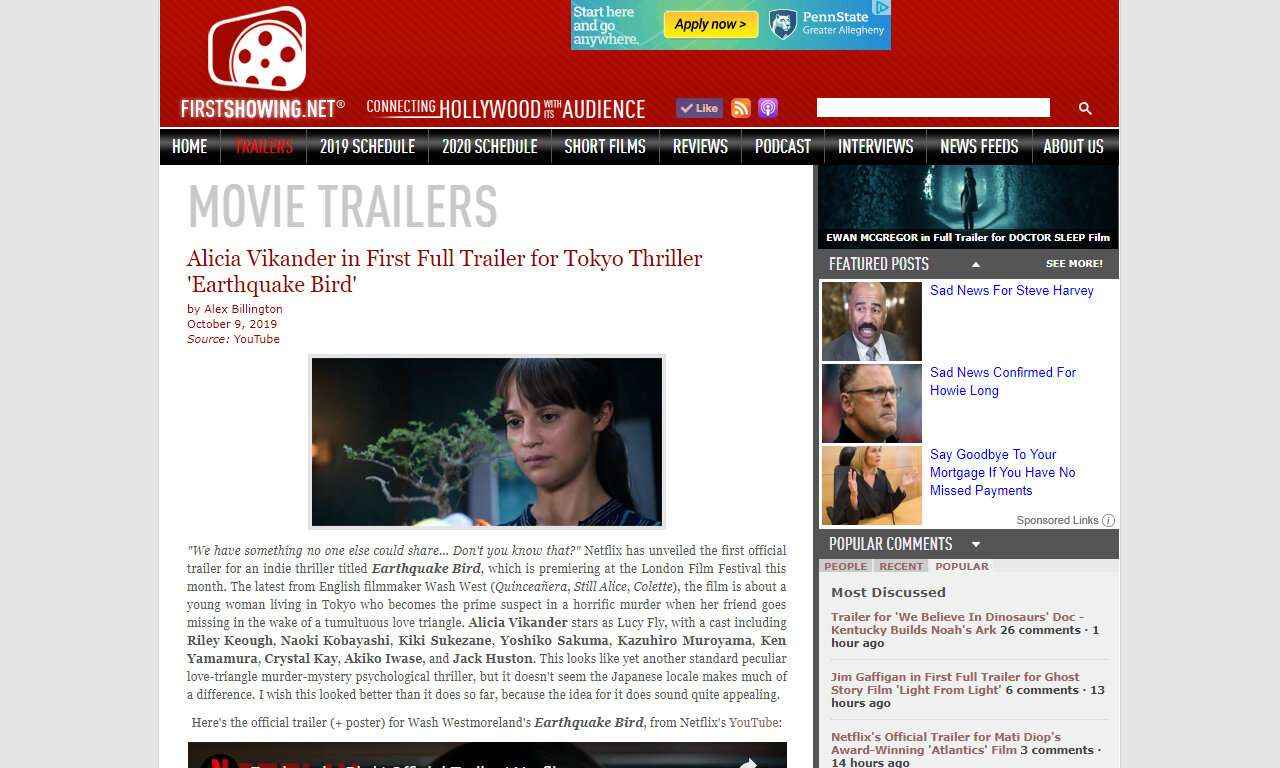