Share Tweet Email Copy Link CopiedMarvel Studios' third blockbuster of 2019, Spider-Man: Far From Home, gets the Honest trailer treatment, including the obvious Mysterio twist. No matter what Marvel and Sony put together for Far From Home, it was always going to have an uphill battle ahead of it, due to the sheer fact that its predecessor Avengers: Endgame is now the biggest hit of all time. Spider-Man: Far From Home had a hard task in doing that too, seeing as how Tony Stark death in the climatic scene of Avengers: Endgame - and how his protege Peter Parker reacts to that death - forms the emotional core of the sequel story.

At the end of the day, the majority of fans and critics emerged satisfied with what Far From Home offered, although it unclear if the Tom Holland-fronted film is destined to be regarded as a top-level MCU entry. While Far From Home is by no means raked over the coals in its Honest trailer, nor should it be, the Spidey sequel does take some deserved knocks, especially for its central twist revolving around the villain Mysterio, a plot turn so obvious it a wonder Marvel even bothered trying to conceal it.

Mysterio is of course one of Spider-Man most famous comic villains, and while he had not appeared on the big screen before, his reputation as an untrustworthy character definitely preceded him. Dramatically, it clear what Marvel Studios was trying to accomplish by having Peter seek out a new mentor only to be betrayed, but since it Mysterio, the eventual reveal does not hold that much weight.

The Honest trailer also spends some time on a criticism espoused by many Spider-Man fans, even those who enjoyed the film, that being how even in death so much of the focus is on Iron Man/Tony Stark. More: Everything Added In Spider-Man: Far From Home Extended CutSource: Screen JunkiesNew Evil Dead Project Confirmed By Sam Raimi (Bruce Campbell Producing, Not Starring) 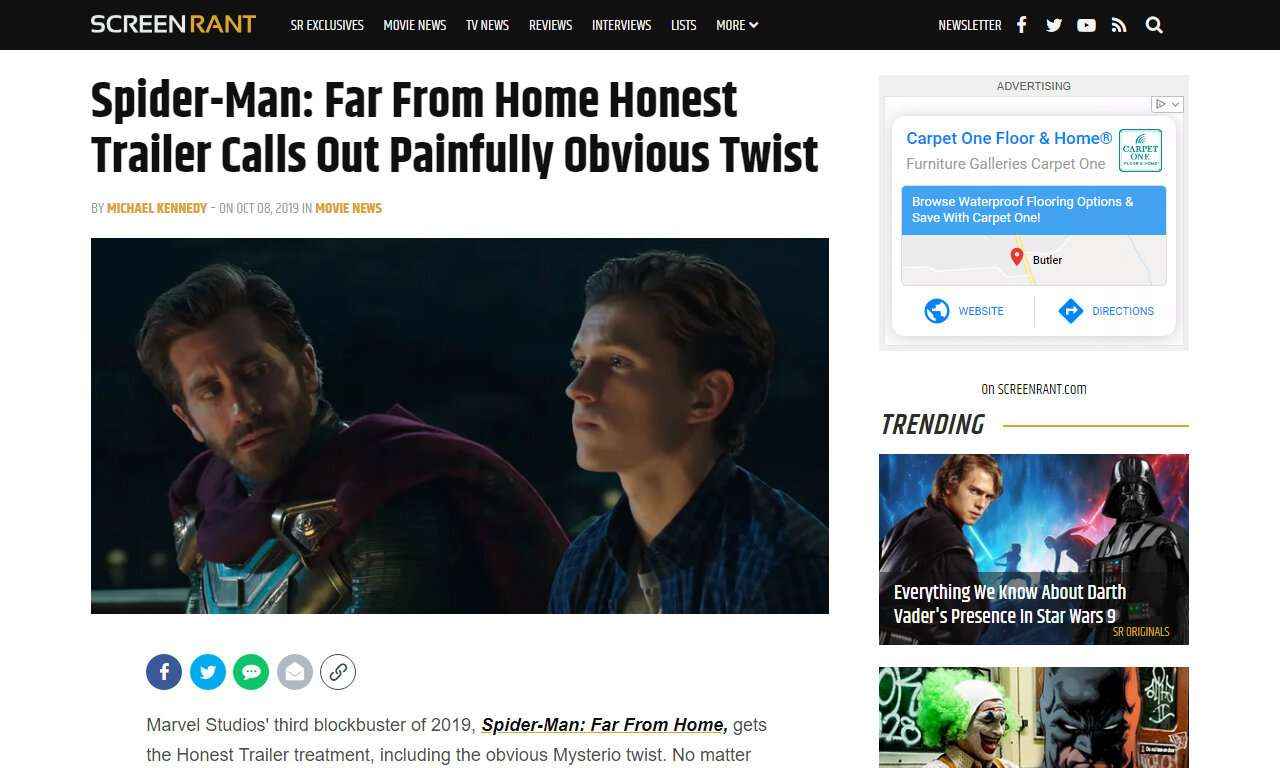