Short Second trailer for Inspiring 'Harriet' Film Starring Cynthia Erivo'Liberty, or death! ' Tubman is responsible for helping free numerous slaves using the Underground Railroad in the 1800s, bringing them to the North to freedom. Based on the story of the iconic freedom fighter, starring Cynthia Erivo, telling of her escape from slavery and subsequent missions to free dozens of slaves in the face of growing pre-Civil War adversity.

Her courage, ingenuity, and tenacity freed hundreds of slaves and changed the course of history. Harriet is directed by American actress / filmmaker Kasi Lemmons, director of the films Eve Bayou, The Caveman Valentine, Talk to Me, and Black Nativity previously. Produced by Debra Martin Chase, and Gregory Allen Howard, and Daniela Taplin Lundberg. 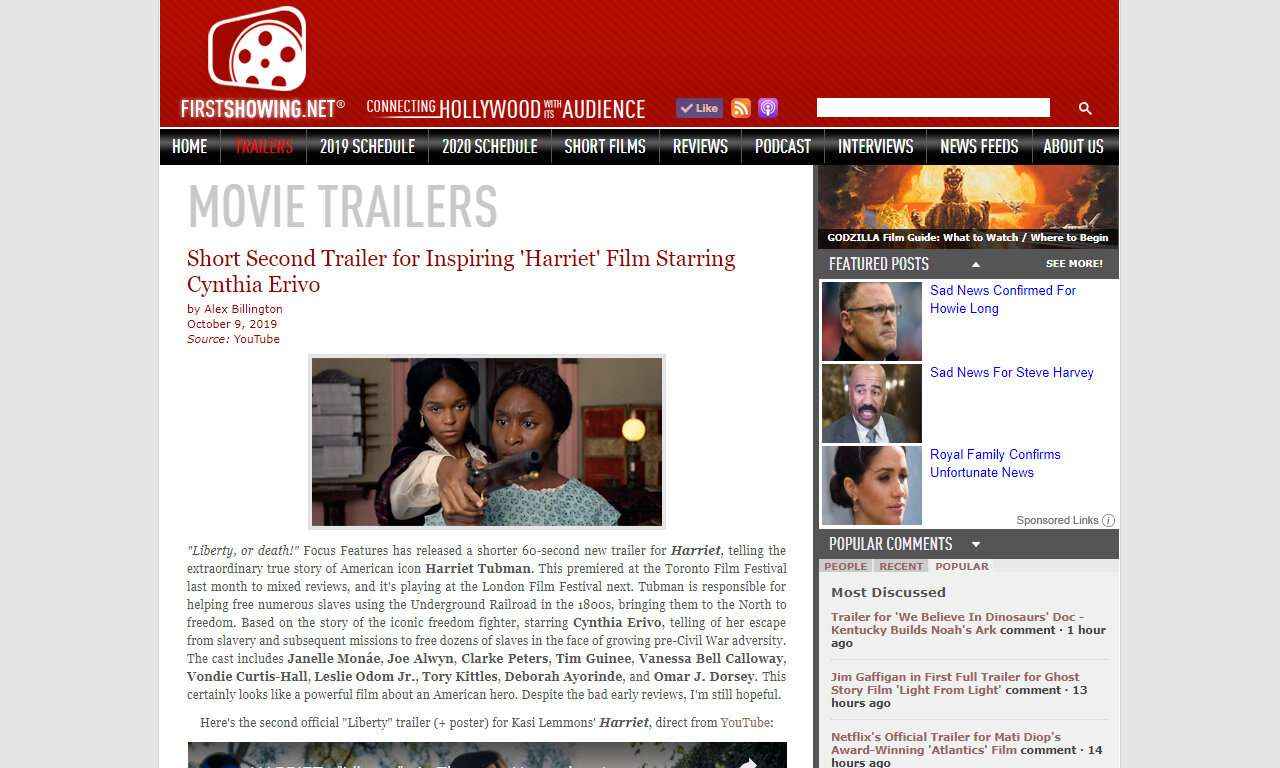