Brogan escapes a hit team with a fellow agent (Mary Elizabeth Winstead) assigned to surveil him. On the run with help from an old friend (Benedict Wong), Brogan is attacked by a lone assassin with incredible skills.

Only 14 theaters in the United States have the capability to project the film at that speed, so pretty much the entire viewing audience will not have that experience. Originally written by Darren Lemke in 1997, the version we are seeing was created by David Benioff (Game of Thrones) and Hollywood king of rewrites, Billy Ray (Captain Phillips). Granted, the 'Junior' character is CGI composited on a stand-in (Victor Hugo), but Smith mannerisms were motion captured to create the performance.

He and co-star Mary Elizabeth Winstead infuse charisma to what are essentially rote characters on the page.

The views and opinions expressed in this article are those of the author and do not necessarily reflect the official policy or position of Movieweb. 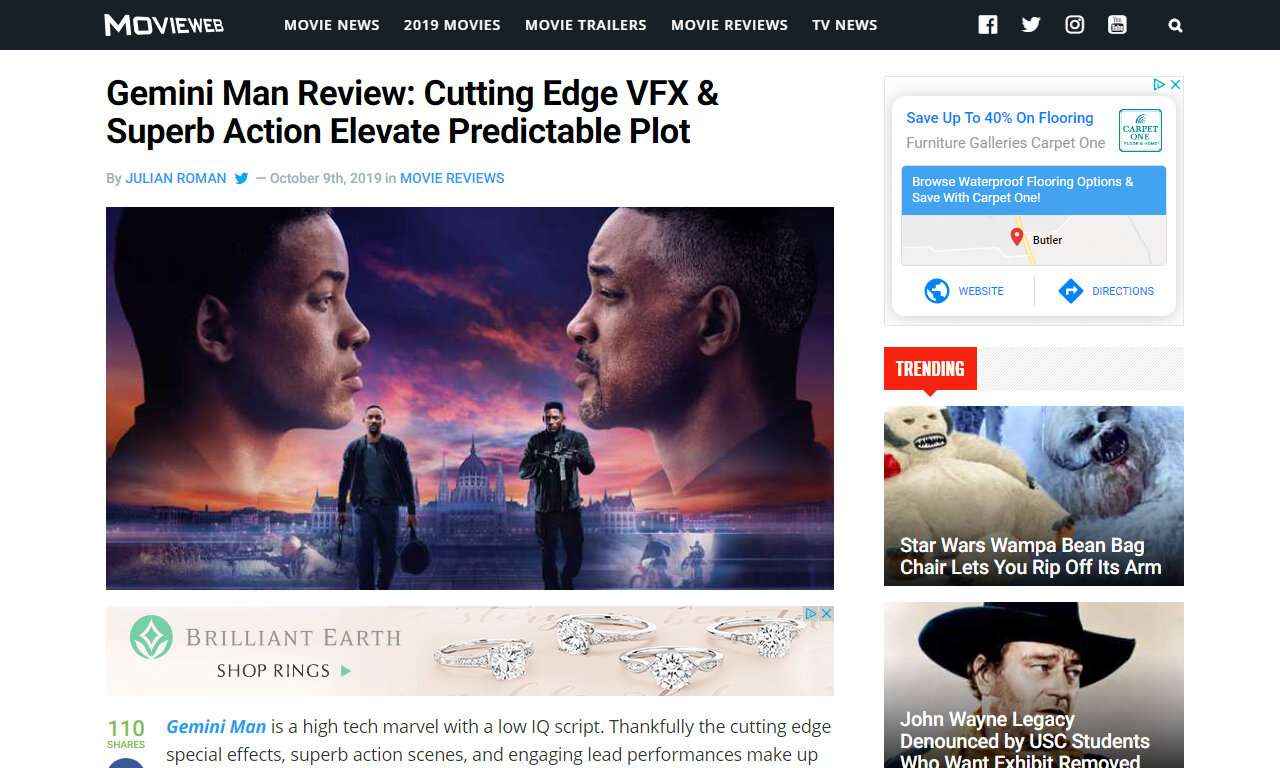