' Dark Star Pictures has debuted an official trailer for an indie romantic drama titled Angelfish, which is headed straight-to-VOD in November. Set in The Bronx in 1993, the film is about a young couple from two completely different worlds, who fall in love over a summer that reshapes their lives and the way they view the future ahead of them. Marking the feature directorial debut of Peter Andrew Lee, who also wrote the screenplay.

Also with Stanley Simons, Erin Davie, Rosie Berrido, Sandy Tejada, and Claire Mc Clanahan. Here the first official trailer (+ poster) for Peter Andrew Lee Angelfish, from Dark Star You Tube:Angelfish tells the story of Brendan (Jimi Stanton), a high school drop out with a complicated family living in the Bronx who meets Eva (Princess Nokia), a young woman who on her own journey of self-discovery.

The film follows the young couple relationship as they try to navigate their lives and future together. Angelfish is directed by filmmaker Peter Andrew Lee, making his feature directorial debut after a few other short films previously. Dark Star will release Angelfish direct-to-VOD starting November 19th coming up. 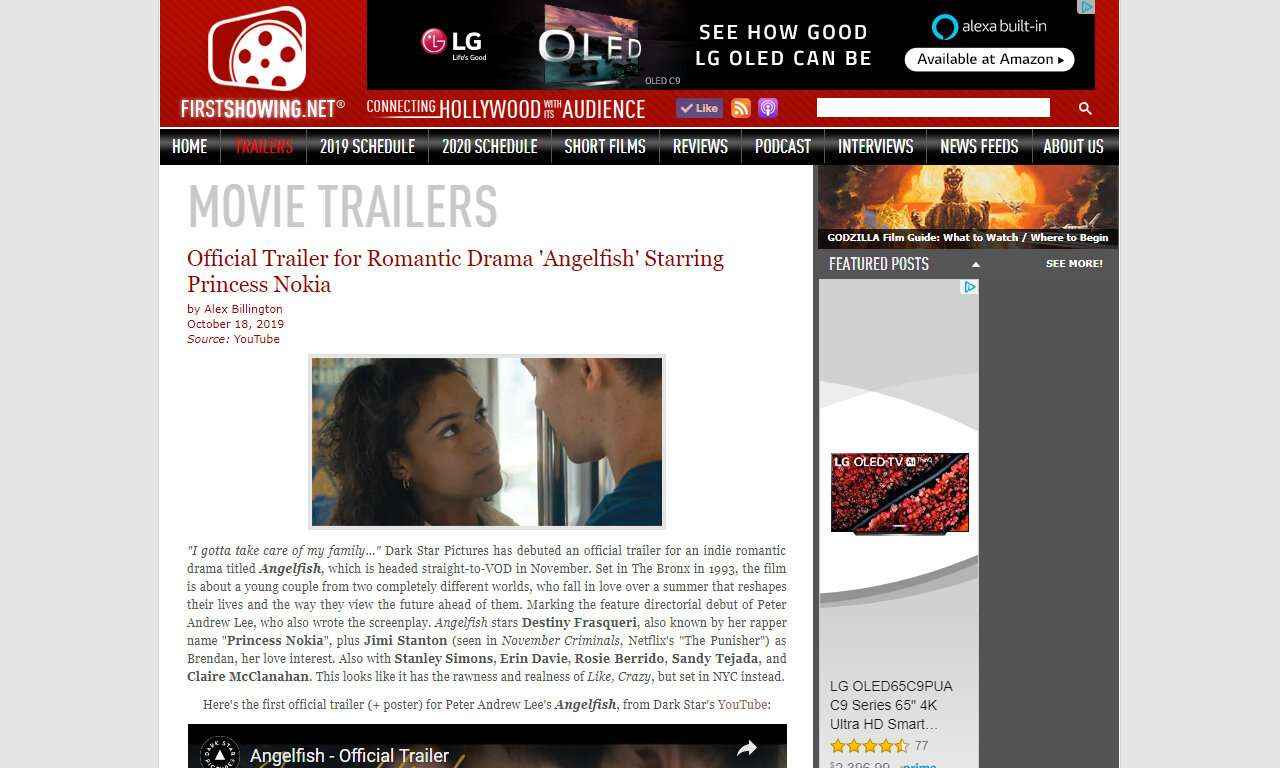