'I Lost My Body' Review: An Emotional Animated Film About a Severed Hand That Goes on an Adventure

Jeremy Clapin impressive first feature, this French animated movie is an artsy, macabre, mostly very emotional story told from the point of view of a severed hand with a case of reverse missing limb, who is on an epic quest to reunite with its owner.

Taking a minimalist, nearly lyrical approach to storytelling, Clapin opens his movie with a black-and-white flashback (one of many throughout the film) of a young Moroccan boy, Naoufel (Hakim Faris) whose father is teaching him how to capture a fly with his bare hands.

After freeing itself from a plastic packaging and jumping out a window, it begins an arduous and frenetic journey through Paris. Based on a script by Amelie writer Guillaume Laurant, adapted from his own 2006 novel Happy Hand, I Lost My Body follows his childhood as he has to move to Paris following a tragedy that takes his family from him, and he takes up a job at a pizza delivery boy. With a pitch-perfect pace and a brisk 80-minute runtime, I Lost My Body is a painfully realistic and often macabre slice-of-life exploration of loss and a pursuit of feeling whole, as well as the idea of fate and tragedy and whether the sorrows in our lives are predetermined or if we can do something about them.

Through a series of vignettes, the hand catches a ride via a pigeon before breaking the bird neck after its done. Despite not having eyes, or any way to express emotions, we are fully able to sense the sheer terror in the hand as it faces an escalator that leads down to a subway.

His electronic harmonies infusing the film with sci-fi tones and tragic orchestration that somehow perfectly encapsulates all of life experiences. I Lost My Body is a touching, macabre, and profoundly emotional animated film with a unique visual style and one of the most original stories that prove the value and the potential of animation as a medium, at the same time as it signals the arrival of a new promising new voice in the medium. 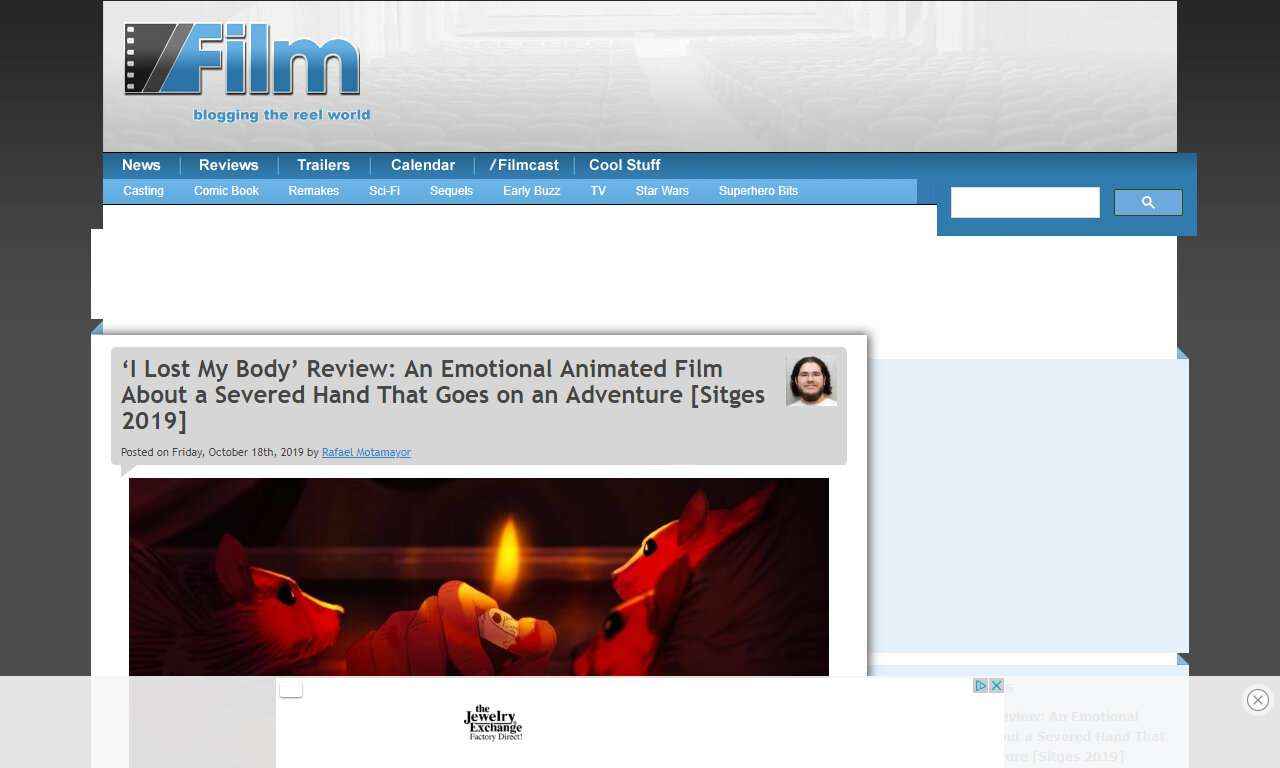