Ben Affleck steals the show in Jay and Silent Bob Reboot, going back to his true Hollywood roots to provide Kevin Smith with a short but sweet cameo. The moment comes late in the third half of this quasi-sequel to Jay and Silent Bob Strike Back, and it a shame that this trio fell off for the last thirteen years.

If this short stretch of a reunion is any indication, Ben Affleck and Kevin Smith could create some more cinematic magic in the future if they are willing to do so. I saw this on a double bill with Jay and Silent Bob Strike Back, and that swift comedy has stood the test of time. The new movie takes sequel and remake culture to task, while giving us all the cliches involved for a very meta experience that is actually unlike anything else seen in recent days.

It plays nice with Millennials and generation Z, unlike the recent Shaft reboot, and does not alienate its potential younger audience members while still trying to satiate the older folks in the crowd. He recruits current AEW World Champion Chris Jericho into the fold as a KKK leader, dragging the white supremacy group into a wacky head scratcher of a scene that seems to be an ode to The Blues Brothers, but may confound teenage Antifa wannabes who do not get the joke.

And Smith goes for it, giving us a scene where Bob slides into Kevin shoes as part of a scheme to get Jay daughter into the upcoming BVC movie.

Perhaps some time removed from seeing Jay and Silent Bob Strike Back or any of this current film promotional material, I will enjoy it more. 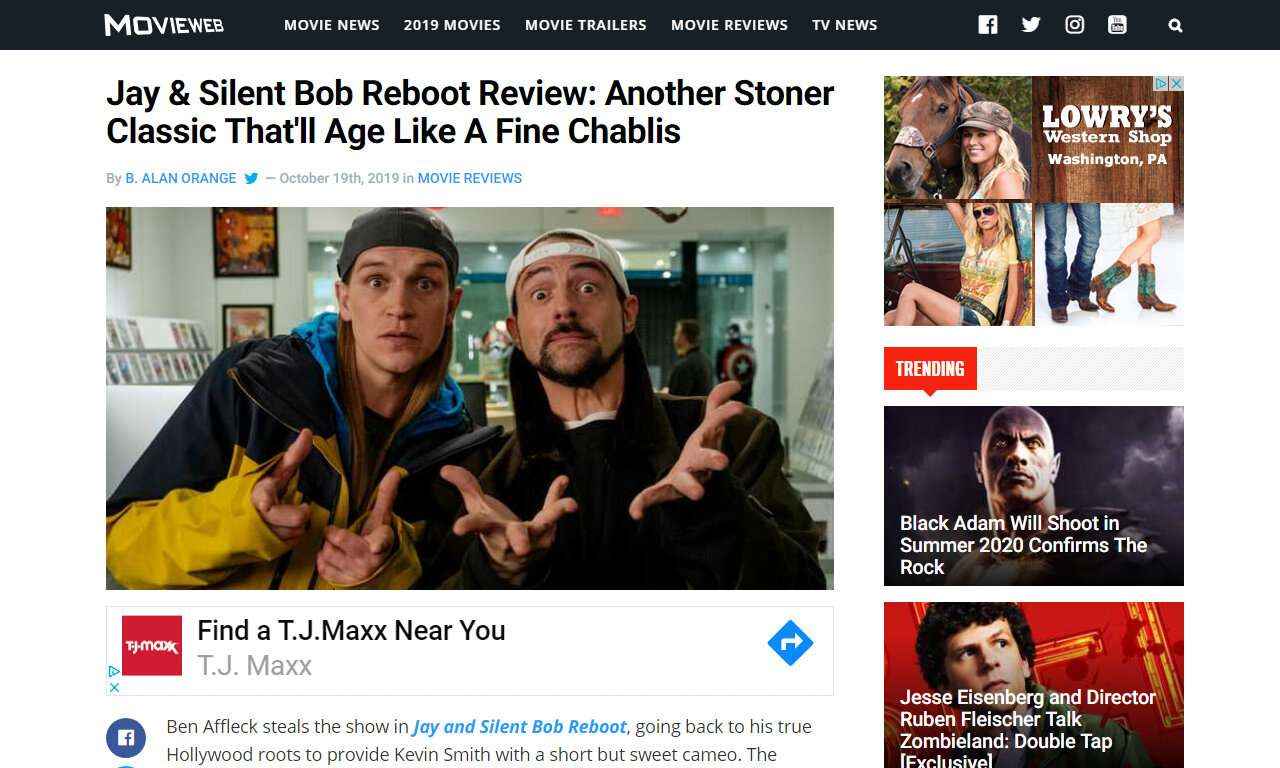