Radio Commander commitment to a visual-free military strategy game is an interesting concept, but the execution leaves a fair bit to be desired. Smaller scale titles like Age of Empires or Command & Conquer include fog of war to add a layer of mystery to enemy movements, while grander 4X games like Stellaris provide users with an even greater state of visibility. Set during the Vietnam War, the game tries to tap into a feeling of the unknown, as the player makes decisions based on the intelligence they have been given.

Related: Constructor Plus Review - A Delightfully Quirky Building SimAt the very least this leads to Radio Commander feeling quite different from similar games in the strategy market.

Instead of the usual tactics fare, the player uses keys to navigate the use of the radio and map, before choosing from different scripted options to order troops around. Without oversight of what is ahead it pays to be more cautious, working with the cues that are given as part of radio responses from the soldiers on the ground. There no such thing as rushing to victory with greater numbers here, so being careful and getting into the mindset that Radio Commander requires is definitely needed.

For a game like Radio Commander, which limits player view to such a degree, to be truly successful it needs a level of intuition within each unit actions. However, instead players will need to manage even the simplest of tasks, which takes away not only from enjoyment of the game but also what immersion had been built by its controls and setting. 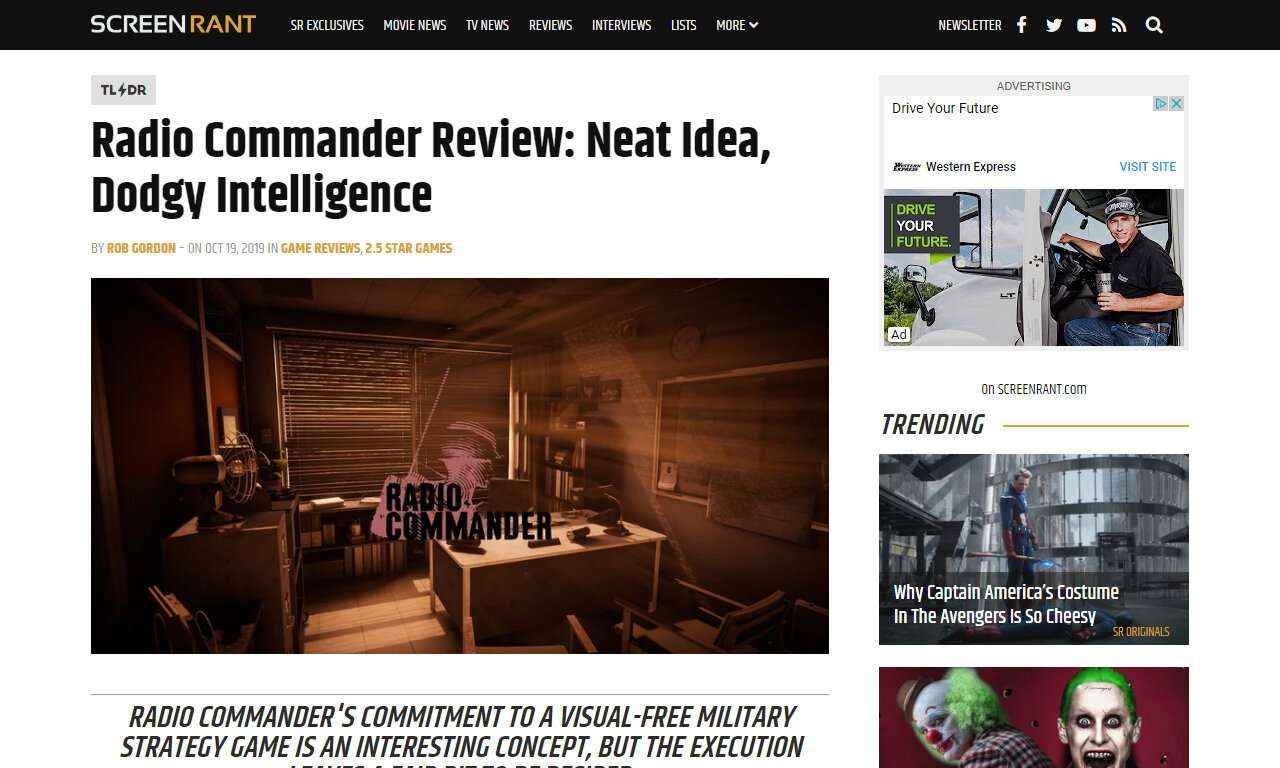