Maybe God will give her a sign tomorrow that makes her realize the end has officially arrived and how it presents itself is for Helen alone to know--her piety enough to sustain her belief that whatever happens does so for a reason. It ultimately this strength of character and faith that lifts her to the forefront of Phillip Youman Burning Cane as its central voice of clarity while the world around her falls to pieces. She bears witness to the difficulties the males in her life face whether her dog, alcoholic son (Dominique Mc Clellan Daniel), vulnerable grandson (Braelyn Kelly Jeremiah), or emotionally crippled pastor (Wendell Pierce Reverend Tillman).

This is a teenager who expanded upon a short film script during his senior year of high school and found himself lucking his way into meeting the right influential people at the exact right times. A local actress who ate where Phillip waited tables happened to have Pierce phone number and the graciousness to put them in touch. From that string of good fortune came a whirlwind of success with wins in Tribeca (Best Actor, Cinematography, and Film in the US Narrative category) and a distribution deal with Ava Du Vernay ARRAY Releasing.

These are men so afraid of confronting themselves in a mirror of isolation that they will match words with fists until contrition becomes replaced with explanations falsely born from 'not having a choice. ' They exist in a machine of perpetual motion with little to no means of escape, a cycle of violence and sorrow that can only end with their removal from the equation before infecting the rest. Tillman uses his words to mask the fact he preaching to his own deaf ears (Pierce is all-in with this performance) while Daniel uses music greats to transform his corruption of Jeremiah into bonding time with Dad. 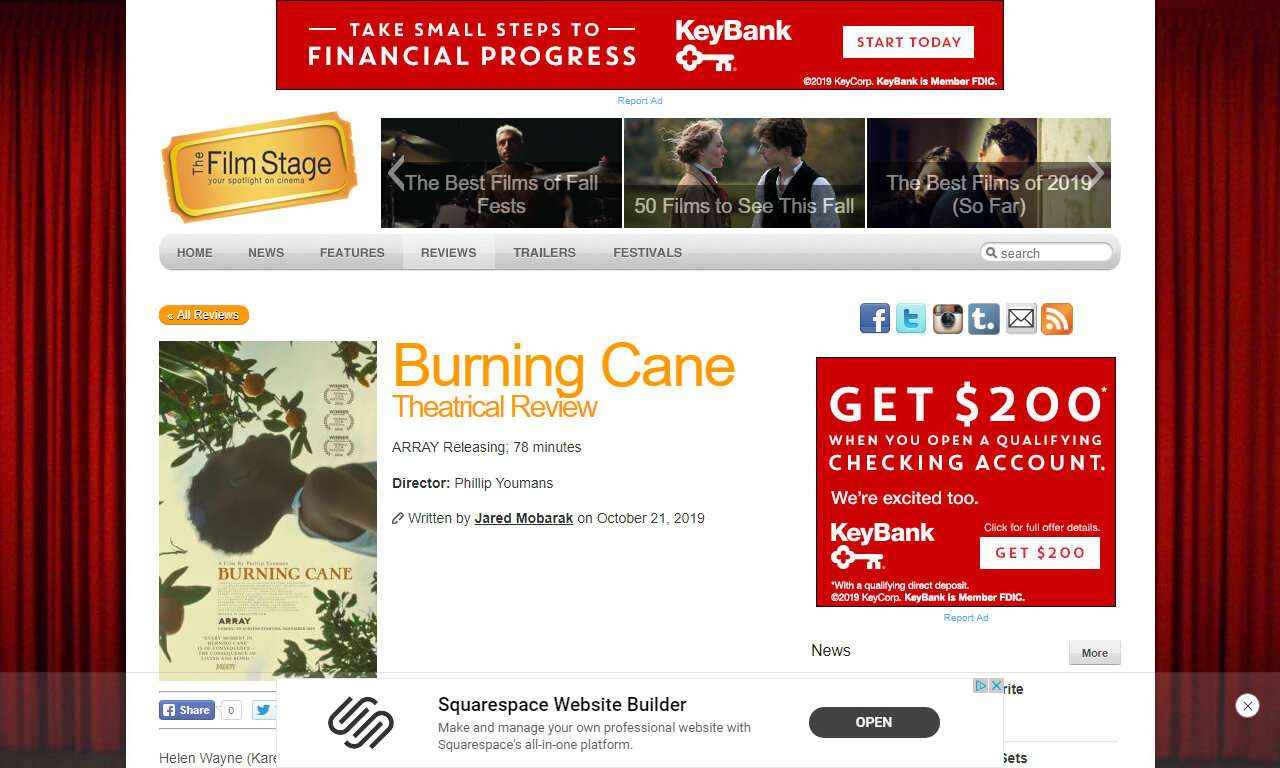