'Uncanny Annie' Review: 'Into the Dark' Delivers a Winner With Its Season Two Premiere

Everything outside of the house is gone, their phones do not work, and events in the game bleed into the world including phantoms, a creepy-ass poltergeist, bloody violence, and more. It seems like a no-brainer, but far too often horror films are content dropping assholes and blank slates into the mix knowing that viewers will be happy to see them offed in gruesome ways. Each new supernatural reveal works to build a game built on rules and fears, but the core running through it all is a required honesty -- with each other, with themselves -- that just might be their undoing.

The Into the Dark series is often hampered by budgetary restraints, but the filmmakers do fantastic work here taking full advantage of resources to deliver a well-crafted, visually engaging, and occasionally frightening watch. Solid digital effects work well to create a phantom or two, and while the poltergeist ultimately resembles nothing more than a creepy old perv the combination of performance, editing, and direction make him a chilling presence.

Paige Mc Ghee newcomer Grace is a standout with some fun dialogue -- her ice breaker with the three guys regarding the statistical probability that one of them is a rapist is funnier than it sounds -- and an exciting bravery that we rarely see in these films (especially from the women). Dylan Arnold Michael looks and initially acts like a stereotypical 'cool' kid, but you quickly buy into his personality and friendships.

The others (Adelaide Kane, Georgie Flores, Jacques Colimon, and Evan Bittencourt) are equally good, and Karlisha Hurley deserves a nod too as the evil Annie. Uncanny Annie does just that, and it deserves a bigger audience than the lesser likes of Oujia (2014) and Truth or Dare (2018) managed in theaters. 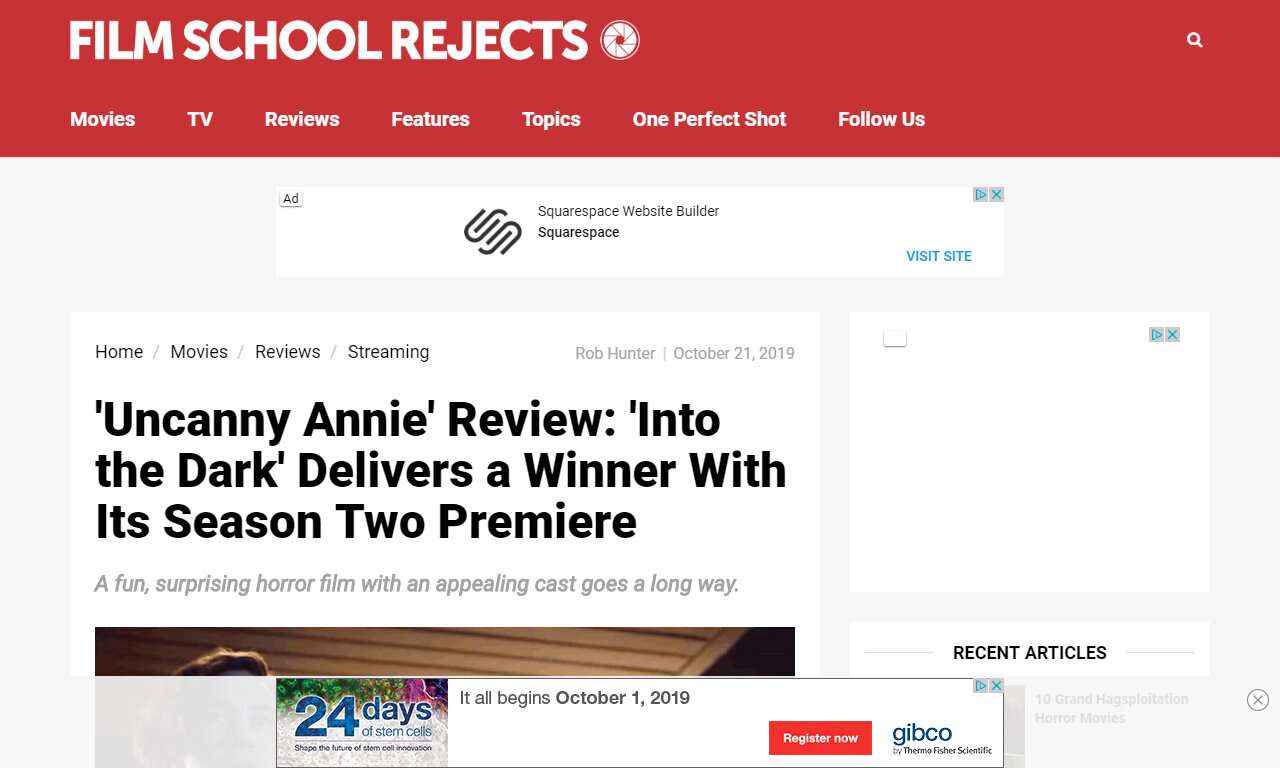