'His Dark Materials' Review: The Golden Adaptation Fans Have Been Waiting For

But I'm inevitably going to draw comparisons to that nonsensical disaster of a film in this review of His Dark Materials, HBO and BBC lavish, enthralling, and infinitely more successful adaptation. The problem was the overt anti-religious themes that loomed throughout Pullman story, in the form of the oppressive Magisterium (a thinly veiled analog to the Catholic Church) that severely punished any whispers of heresy.

Written by Jack Thorne (Harry Potter and the Cursed Child), His Dark Materials is very much a fantasy series made in the aftermath of Game of Thrones, with the story more fantastical elements given as much weight as the conspiratorial mysteries and complicated character dynamics. Set in an alternate world where humans' souls take the form of walking, talking animals called daemons, His Dark Materials follows Lyra Belacqua (Dafne Keen), a headstrong orphan raised in the austere halls of Oxford Jordan College, a simultaneously grand and cozy estate that is designed like a cross between Winterfell and Hogwarts. Not content to scaling the rooftops and wandering the eerie crypts with her friend Roger (Lewin Lloyd), a cherubic servant boy who works in the kitchens, Lyra dreams of going north with her adventurer uncle Lord Asriel (James Mc Avoy).

Though she saves his life, Asriel refuses to allow her to accompany him on his scientific mission north, which Lyra learns is related to a substance called 'Dust,' a mysterious, newly-discovered particle that immediately unnerves the scholars at Jordan College and which gains the attention of the Magisterium, which decries it to be heresy.

Soon, Lyra finds herself caught up in a plot involving the Gobblers, Dust, prophecies, and a nomadic canal-faring community called Gyptians whose children have been abducted in alarming numbers.

But the rest of the cast are all strong players: James Cosmo is a comforting stand-out as Farder Coram, the genial and wise Gyptian elder who takes Lyra under his wing; while Ian Peck is enjoyably smarmy as the scheming Cardinal Sturrock. The first season of His Dark Materials only covers the events of the first novel, The Golden Compass -- easily the most accessible and simply plotted of the trilogy -- but the HBO series has its eyes on the rich mythology and intricate narrative twists of later books, and even the prequels. 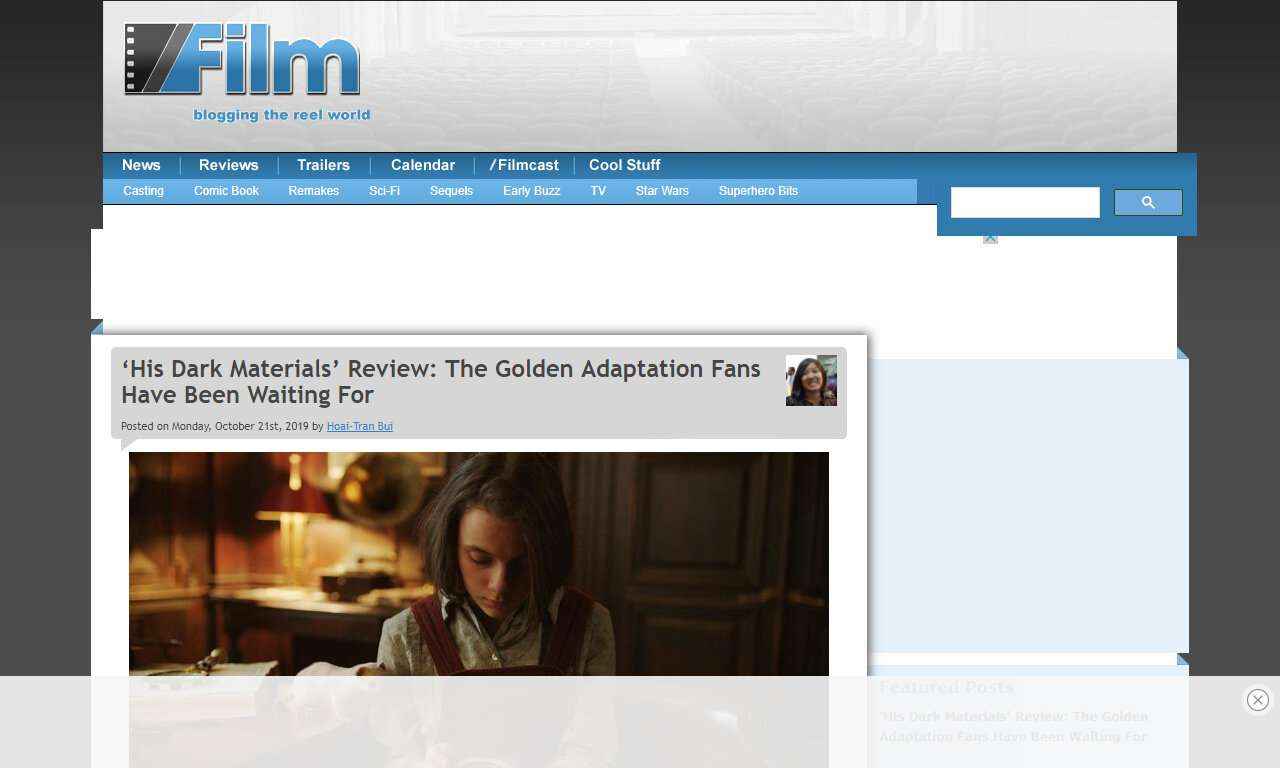