And with director James Mangold (of Walk the Line and Logan fame) calling the shots, the biopic is mostly successful in getting at the heart of what makes this story interesting - namely, the struggle between commercialism and creative integrity.

Between its thrilling racing sequences and underlying commentary, Ford v Ferrari makes for an entertaining spin on the traditional sports biography. In order to do that, Iacoca turns to the retired racing legend and automotive engineer Carroll Shelby (Matt Damon) and his own team, including his hot-headed race-car driver Ken Miles (Christian Bale). Can Shelby and Miles do the impossible and emerge victorious in this battle of David vs.

Goliath vs. Goliath? Matt Damon in Ford v FerrariAt its core, the Ford v Ferrari script credited to Jason Keller (Machine Gun Preacher) and Jez and John-Henry Butterworth (Get on Up) is part American corporate myth and part real-life story about a ragtag group of artists in their profession who are trying to stay true to their vision while working for a company that far more concerned about public image and selling their products to the masses.

Having spent much of his career directing within the Hollywood studio system, it perhaps unsurprising that Mangold seems to really relate to Shelby crew and their struggle to keep their own meddling bosses happy as they work around the clock to deliver what they believe is a solid product.

In this case, Damon and Bale have excellent chemistry as Shelby and Miles, and their dynamic (the former is very much the level-headed foil to his friend) gives the film much of its flavor, whether they are bonding over their shared passion for racing or coming to blows in what is typically a very funny fashion.

Mangold and his DP Phedon Papamichael shoot these scenes with a steady hand, allowing viewers to actually see everything that happening while still experiencing the sheer exhilaration that comes with being a body that 'moving through space and time' (as the film puts it). 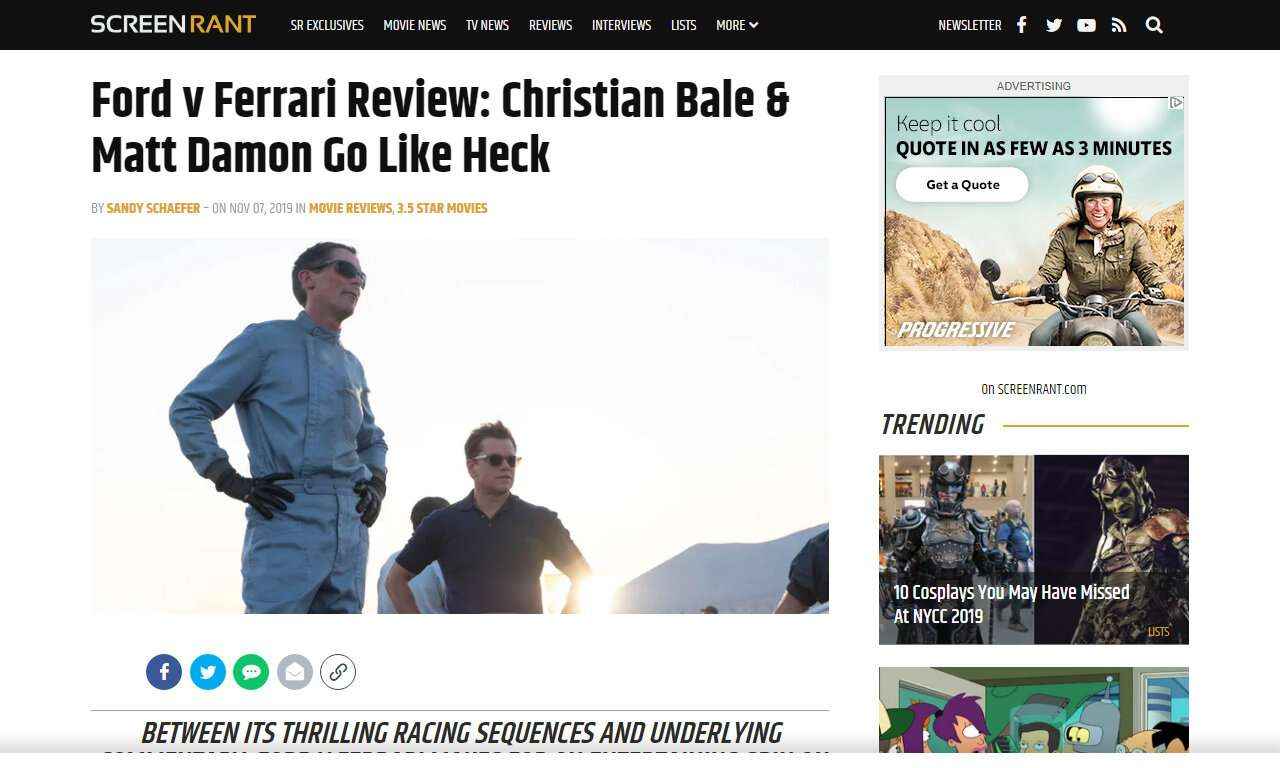