As Shia La Beouf new movie 'Honey Boy' shows, the actor has a complicated relationship with his father. So to convince his dad to sign away his life rights for use in the movie, La Beouf told a little white lie.

'Also Read: 'Honey Boy' Film Review: Shia La Beouf Pours Himself into Autobiographical Coming-of-Age TaleLa Beouf wrote the screenplay for 'Honey Boy,' which opens this Friday, while he was in court ordered rehab after being arrested in Savannah, Georgia.

The film is an autobiographical story about his life interacting with his dad as a child actor up through the time when he was actually arrested. It turns out though that La Beouf father has actually seen 'Honey Boy,' but he could not bring himself to ask him what he thought of it.

'La Beouf full interview with Kimmel touches on how he still has a relationship with Officer Brian, the Savannah cop who arrested him, and that he still keeps in touch with Kanye West when it comes to fashion choices. 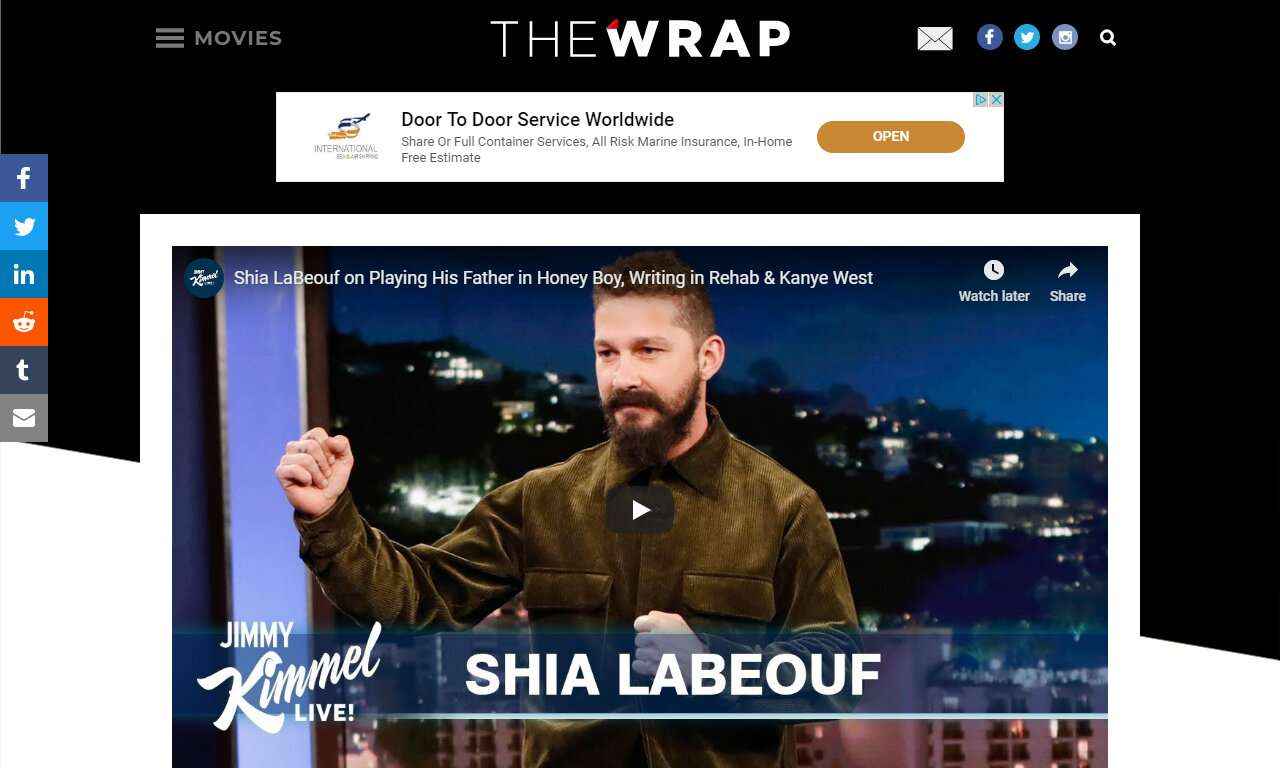