The first trailer for Universal and Blumhouse updated take on the classic monster movie character 'The Invisible Man' has appeared from the shadows. Elisabeth Moss stars in the film as a woman who leaves her violent and abusive husband, only to fear she haunted by his presence after he kills himself. She soon discovers however that he found a way to make himself invisible and will do everything he can to torture her, all while everyone around her thinks she gone mad.

'Also Read: Michelle Monaghan Joins 'The Craft' Remake for Columbia and BlumhouseOliver Jackson-Cohen of Netflix 'The Haunting of Hill House' stars as the title character 'The Invisible Man,' taking over for Johnny Depp in the role after the film was revamped.

The movie was originally meant to be part of Universal 'Dark Universe,' which would have united all of the classic Universal monster movie characters like Dracula, the Wolf Man and Bride of Frankenstein. The franchise would have kicked off with 'The Mummy' starring Tom Cruise and that also featured Russell Crowe as Dr. Jekyll and Mr. Hyde.

This first look at 'The Invisible Man' though suggests a good, old fashioned horror movie in the way that Blumhouse knows how to do best. Harriet Dyer, Aldis Hodge and Storm Reid co-star in the film that directed and written by Leigh Whannell, adapting the character and story from H. 'The Invisible Man' opens in theaters on Feb. 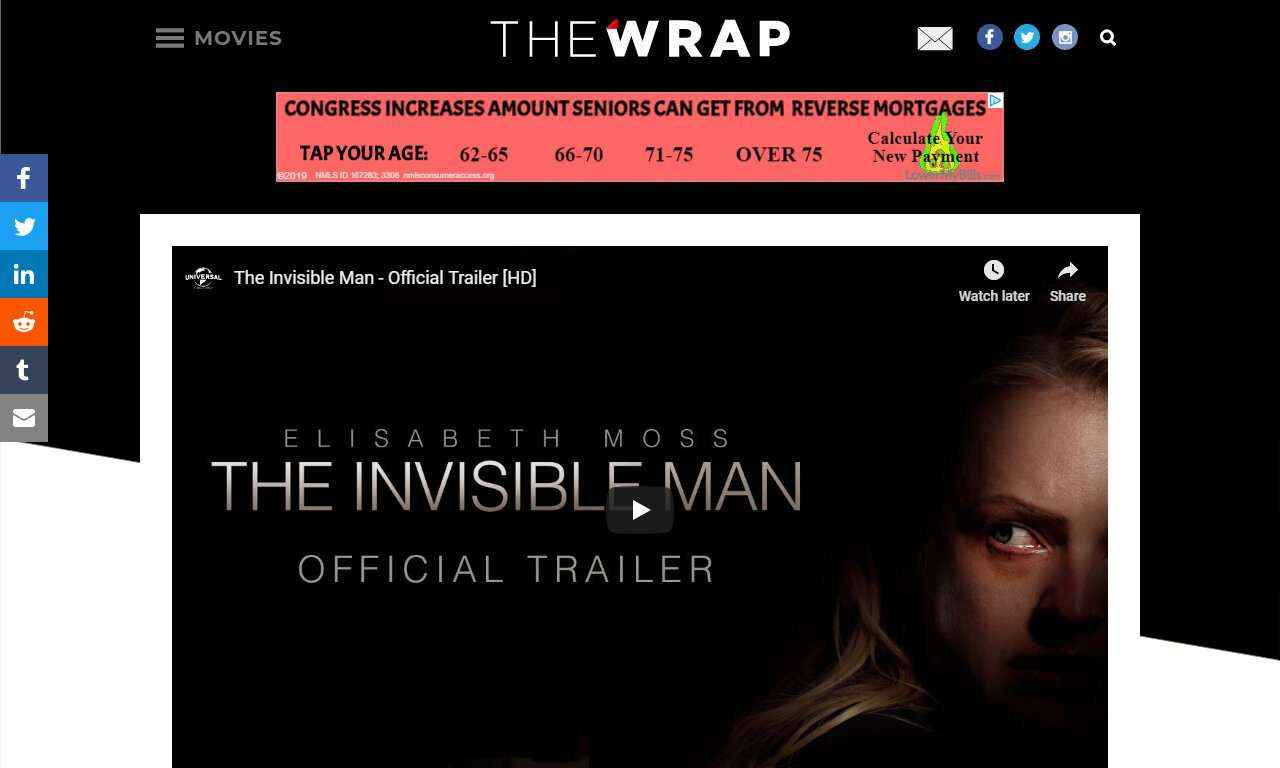