Share Tweet Email Copy Link CopiedWaves tells the equally joyous and tragic story of one family with great tenderness, but with a sometimes too aggressively raucous and chaotic style. Written and directed by Trey Edward Shults (It Comes At Night), Waves takes on the formidable task of telling an epic narrative about one suburban family as they experience extreme highs and lows, and how they attempt to navigate their world both individually and together. Complicated family dynamics are a theme of Shults' work, with the filmmaker tackling such subjects in both his feature-length directorial debut Krisha and the horror film It Comes At Night.

Waves follows high school senior Tyler Williams (kelvin Harrison Jr. ), whose life takes a difficult turn when he found to have an injury that will majorly impact his wrestling career.

The news sends him on a path of destruction, causing trouble between him and his family - including his father Ronald (Sterling K. Brown), step-mother Catharine (Renee Elise Goldsberry) and sister Emily (Taylor Russell) - as well as between him and his girlfriend Alexis (Alexa Demie). However, as much as these elements could leave audiences feeling muddled, that appears to be part of Shults' plan to immerse viewers in the lives of the Williams family.

Shults' directing, and Drew Daniels' cinematography, further gives Waves some stunning visuals, like the opening sequence of the camera spinning around inside Tyler car as he and Alexa cruise across a bridge blasting an anthemic music track. The direction, cinematography and music come together to form a unique movie experience in Waves, one that equally immersive, uncomfortable and stunningly brought to life.

Harrison Jr. brings a necessary vulnerability to Tyler as the character descends into the trappings of toxic masculinity, while Brown, in his supporting role, showcases how even an empathetic father with the best of intentions can feed his own son worst decisions. 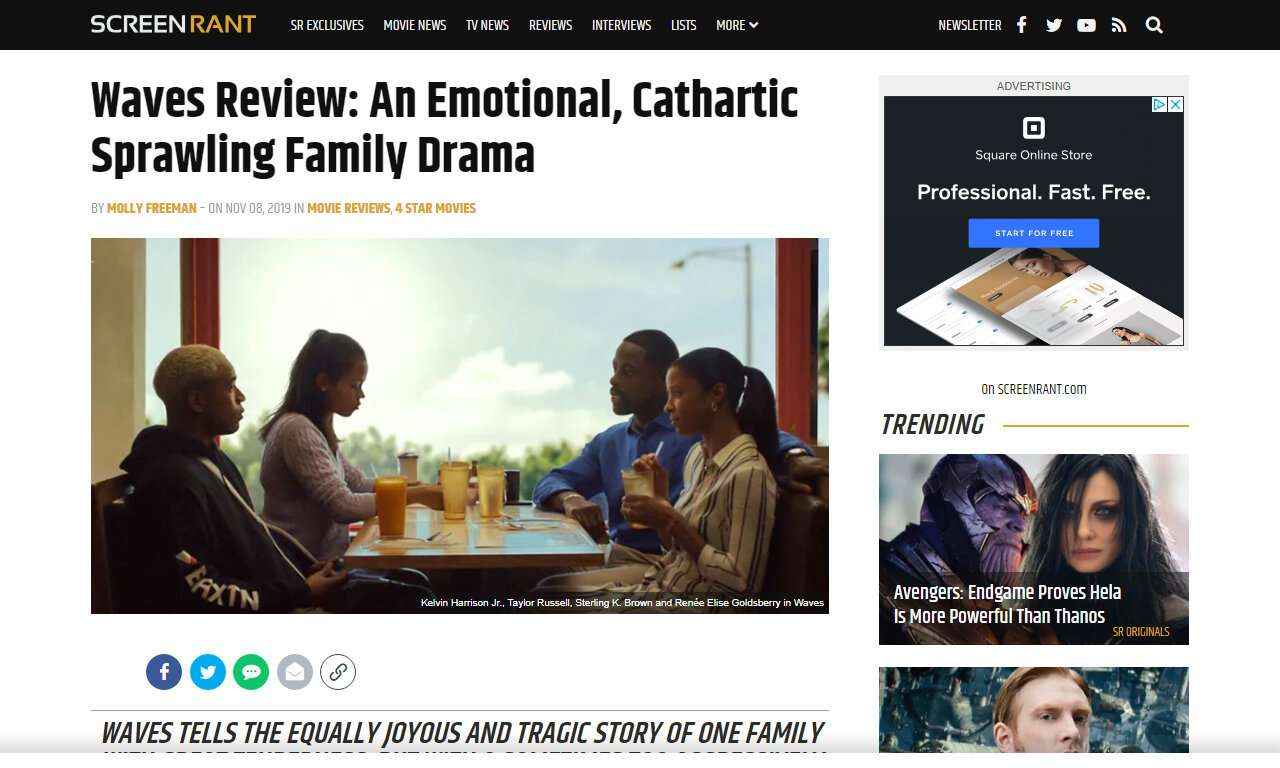