Surreal Teen Fever Dream in trailer for 'Knives and Skin' noir Thriller'Can you feel that?

Here the official trailer (+ poster) for Jennifer Reeder Knives and Skin, direct from IFC You Tube:What happened to Carolyn Harper?

Part suburban nightmare, part neon-soaked teenage fever dream, this tantalizing mystery traces the wave of fear and distrust that spreads across a small Midwestern town in the wake of a high school girl mysterious disappearance. As loneliness and darkness lurking beneath the veneer of everyday life gradually comes to light, a collective awakening seems to overcome the town teenage girls--gathering in force until it can no longer be contained.

Unfolding in a hallucinatory haze of lushly surreal images, Knives and Skin is a one-of-a-kind coming-of-age noir that haunts like a half-remembered dream.

Knives and Skin is both written & directed by American filmmaker Jennifer Reeder, director of the films White Trash Girl, Accidents at Home & How They Happen, Signature Move, as well as numerous other short films previously. IFC Films has debuted Reeder Knives and Skin in select theaters + on VOD starting December 6th. 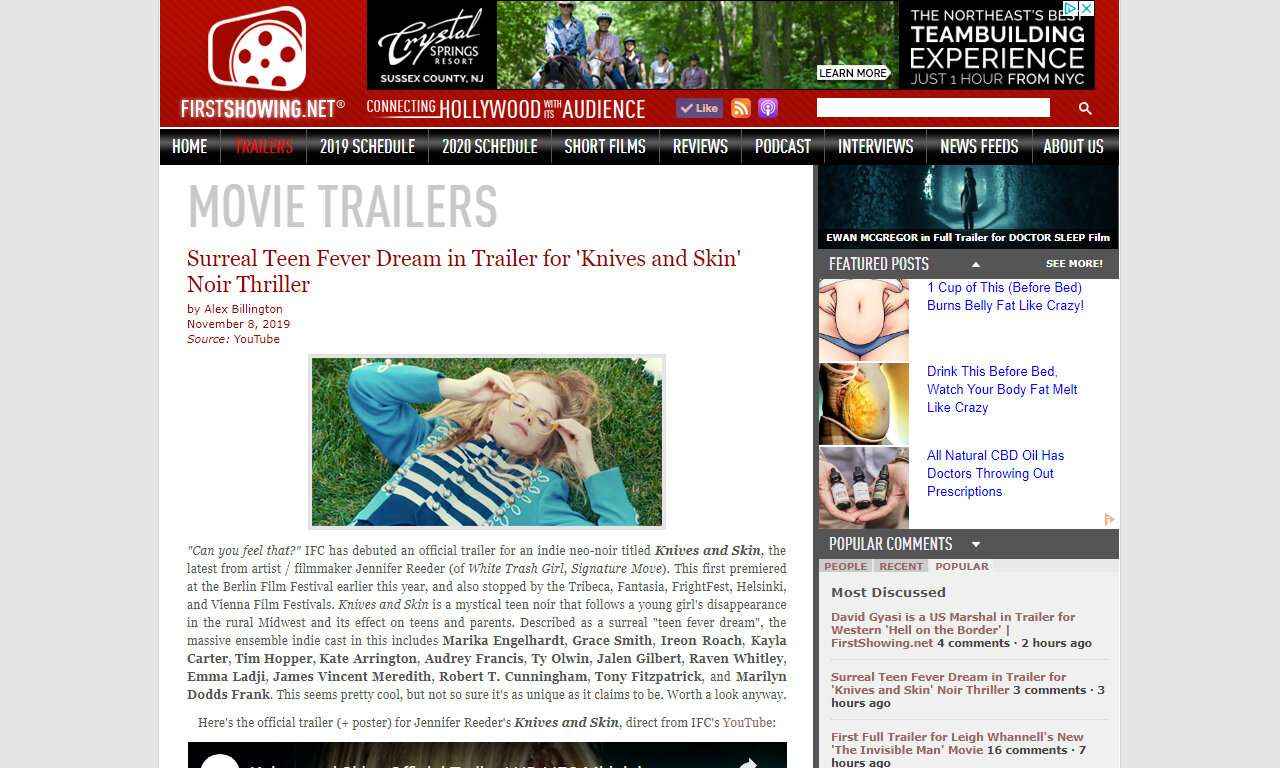