Lionsgate has released an official trailer for an indie 'epic, action-packed Western' titled Hell on the border. Based on the true life story of Bass Reeves, a legendary tough African American cowboy in the Wild West.

Having escaped from slavery after the Civil War, he arrives in Arkansas seeking a job with the law. To prove himself, he must hunt down a deadly outlaw (Frank Grillo) with the help of a grizzled journeyman (Ron Perlman). As he chases the criminal deeper into the Cherokee Nation, Reeves must not only dodge bullets, but severe discrimination in hopes of earning his star--and cement his place as a cowboy legend.

Lionsgate will release Miller Hell on the border in select US theaters + on VOD starting December 13th coming up next month. 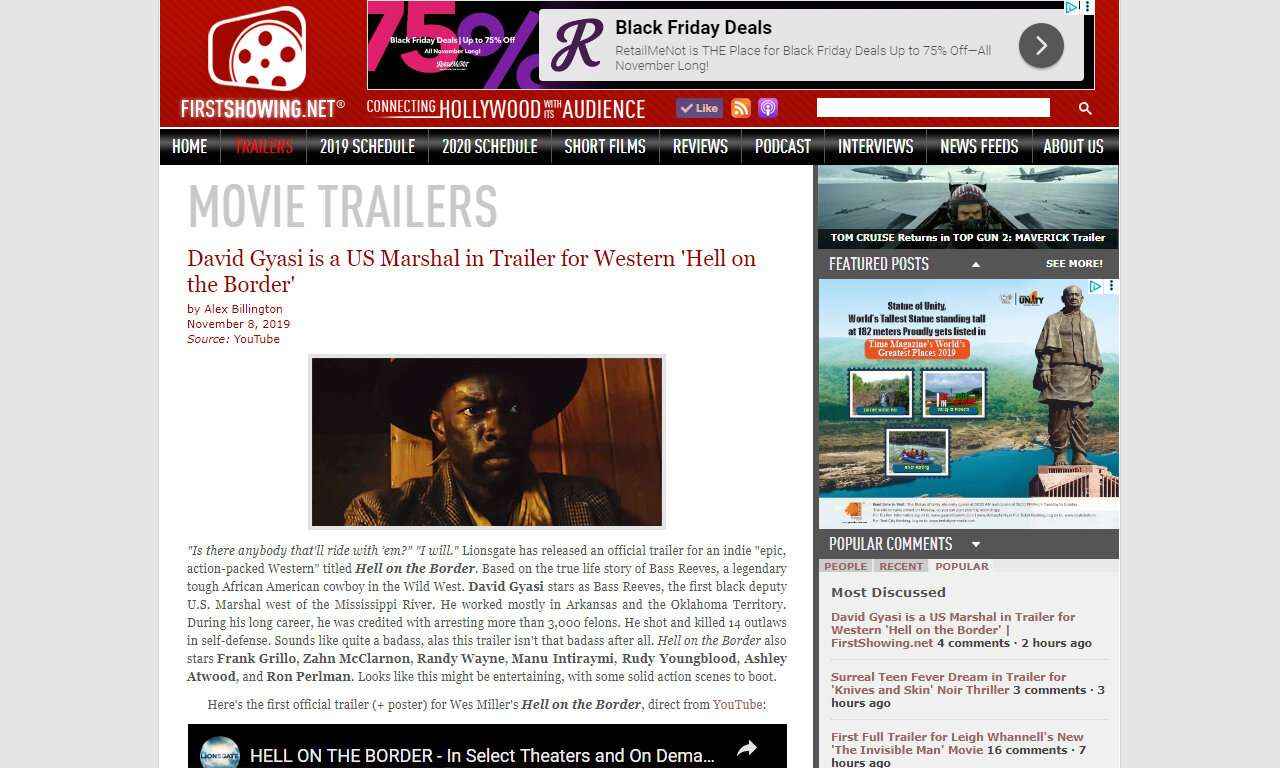