The film tells the controversial story of the famous founder of 'hot yoga' named Bikram Choudhury, who immigrated to Los Angeles in the early 70s and made tons of money with his fitness empire.

The doc traces his rise to glory in the 1970s to his disgrace in accusations of rape and sexual harassment in more recent years. Bikram: Yogi, Guru, Predator, a Netflix original, shines a light on the stories of the women who took him down and explores the contradiction of how this healing discipline could simultaneously help and hurt so many. This doc definitely fits into the Netflix canon with all their other searing, jaw-dropping, fascinating films about crazy minds of manipulative men.

Arriving in Beverly Hills from Calcutta, India in the early 1970s, Choudhury quickly cultivated a celebrity following and built a global fitness empire that furnished him with extreme wealth. But by the 2010s, as numerous sexual abuse allegations emerged along with stories of his aggressive, cult-like training environment surfacing, the lawsuits started to mount and Choudhury unorthodox teaching style then became front-page news. 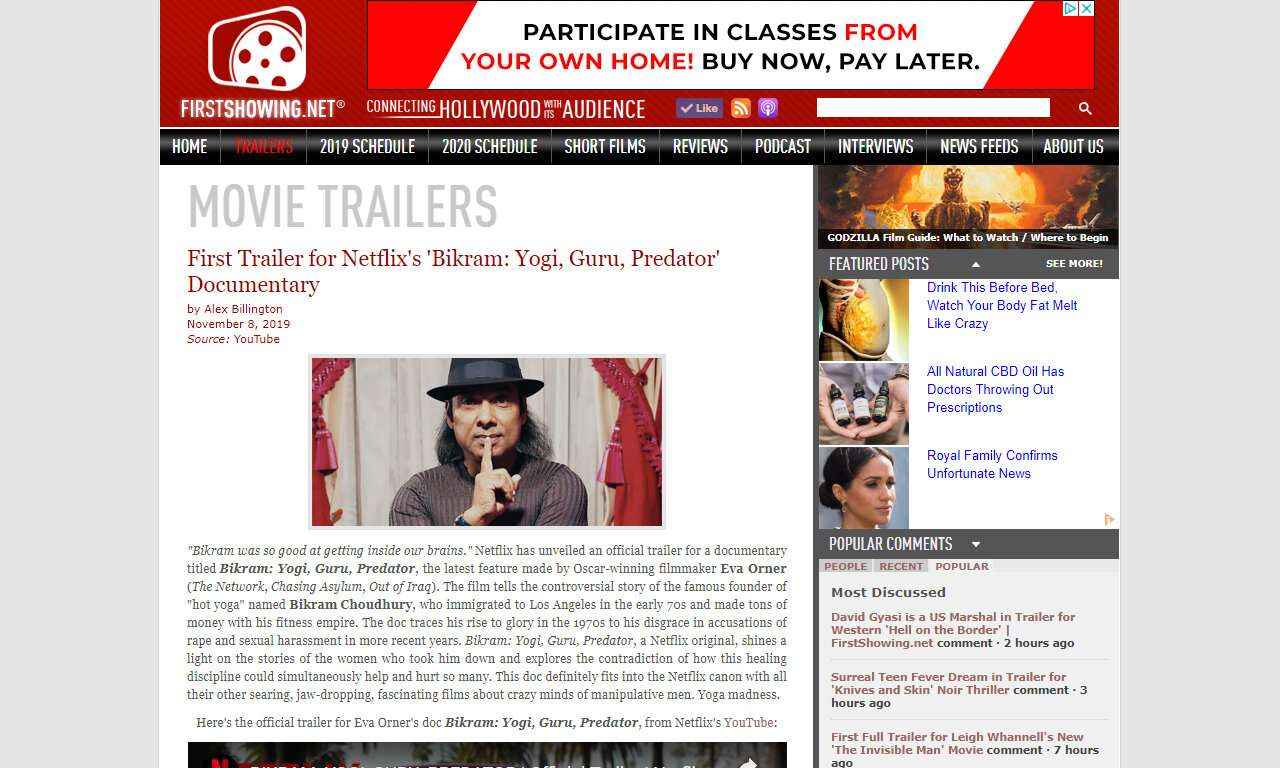