Long have we waited for a film that teams up Nicolas Cage and Kelsey Grammer, and then has them use heavy southern accents. Grand Isle is sweaty looking southern gothic thriller that has Cage hiring a young man to kill his wife, and Grammer as the cop looking into the crime. Grand Isle TrailerNicolas Cage breaks out his Con Air accent and Kelsey Grammer has a kind of Foghorn Leghorn thing going on here, and I'm into all of it.

Grand Isle stars Nicolas Cage, Kelsey Grammer, Luke Benward, and Ka Dee Strickland, and is set in the midst of a hurricane in Louisiana. In the film, 'Walter (Nicolas Cage) and his neglected wife (Strickland) lure a young man (Benward) into their Victorian home to escape a hurricane.

'The movie comes from Screen Media, who claims that Cage 'gives one of the most entertaining performances we have seen in some time' in the film.

Grand Isle was written by Iver William Jallah and Rich Ronat, and directed by Stephen S. Campanelli. I know it sounds like I'm disparaging Cage, but I genuinely love watching the man work.

But I would rather watch Cage go wild and have fun than a boring performance from an actor just phoning it in. 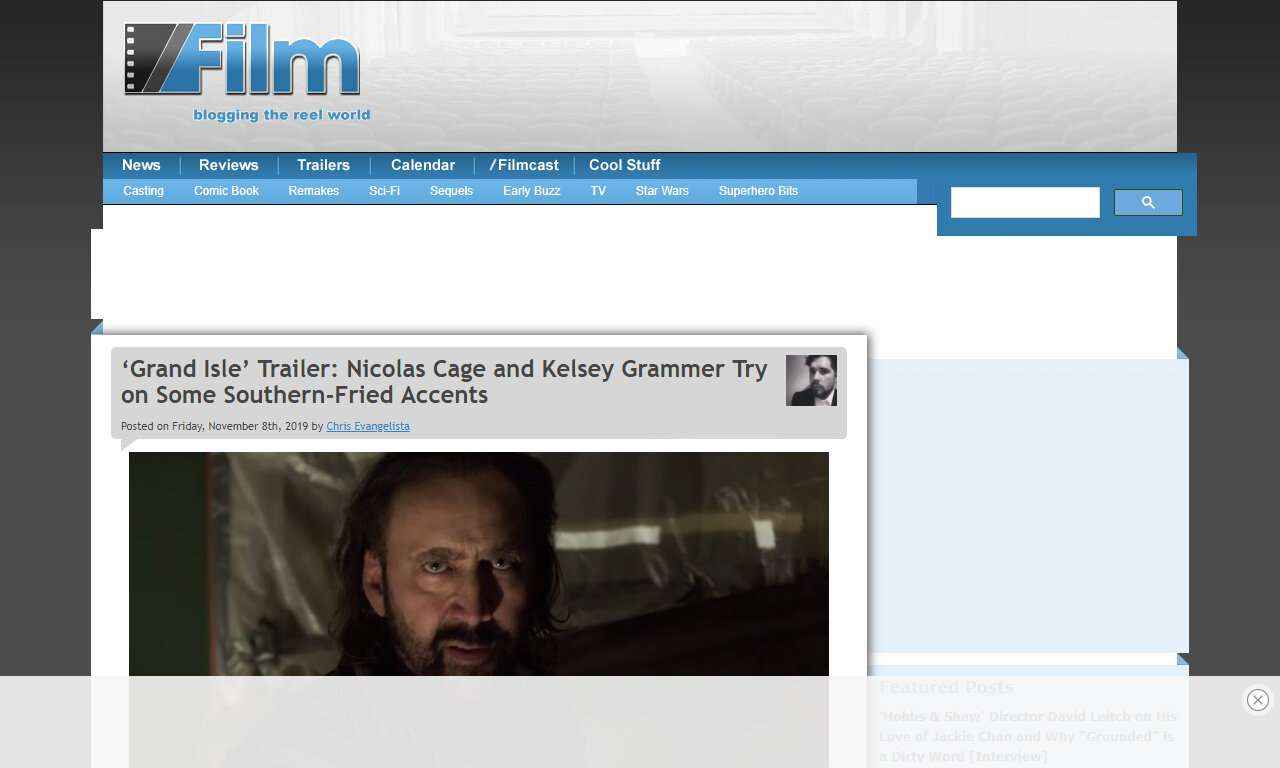