I'm glad because this is what caught my eye, and when I saw the film on the IDFA schedule I made sure to make time for it. Goodes wants - and even had - just that, but over the course of his sports career, he learns that racism is still a major part of Australian society, preventing aboriginals from having that same dream.

And to truly support that dream, Australian need to be forced to look at their own racism and confront this problem directly before they can move forward together as one nation. The moment the film ended I was already ready to proclaim that it is one of the best docs of the year - hands down. And unique in the way it simply shows the truth, even when the news media claims otherwise, they have the actual footage that proves it was all made up (he never said that, he never did this, despite them saying he did - which is often how racism works in order to discredit good people).

Director Daniel Gordon handles Adam Goodes' story with such great care and concern, yet it also a film that invigorates and encourages change by stirring up feelings. It a beautifully sensitive & understanding film, a loving look at how much compassion matters, and how telling the truth can (hopefully) make a difference. His involvement and conversations are vital to understanding him, but simply telling his story in this fashion is an effective way at building empathy.

I remember that films like The Australian Dream exist, they are out there in the world, and they are being seen and talked about, they are riling people up. 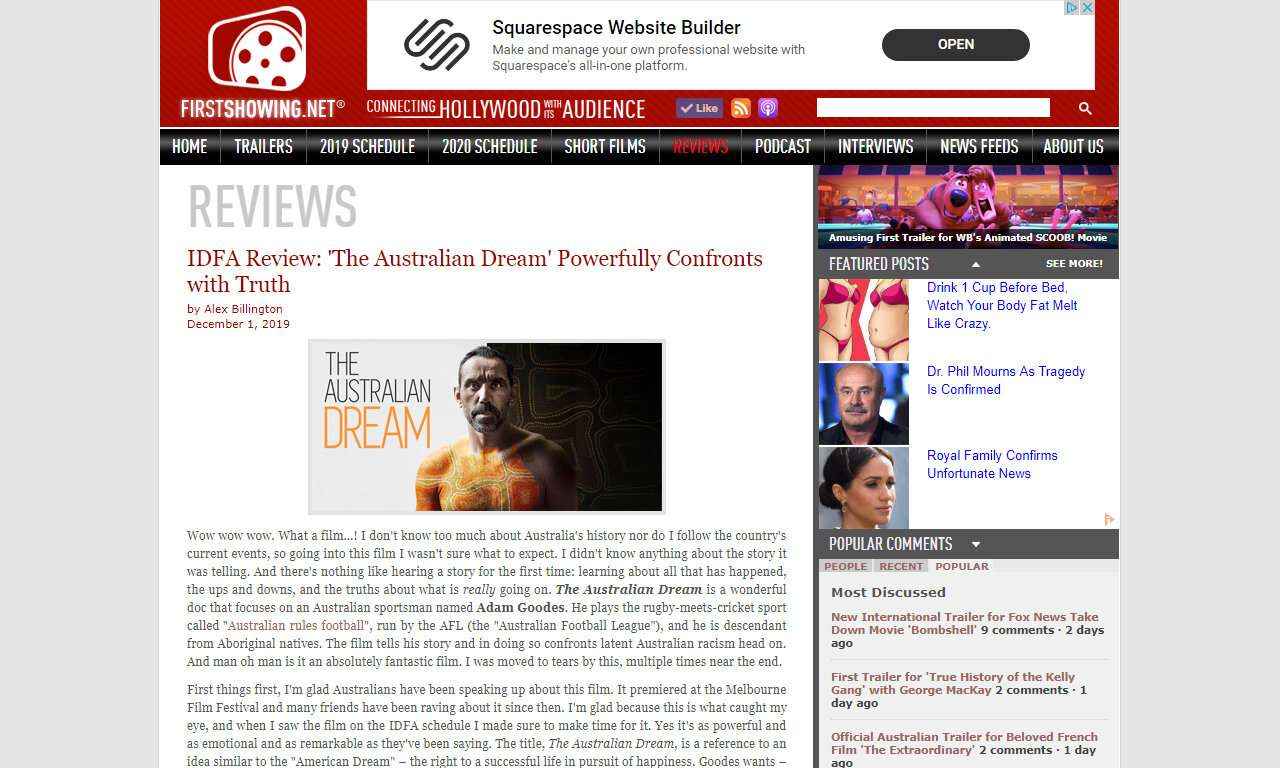