'63 Up' Review: A Warm Visit with the Subjects of the Longest-Running Franchise in Film History

63 Up ReviewBritbox; 138 minutes Director: Michael AptedWritten by John Fink on December 1, 2019Written byon December 1, 2019Without having seen the entirety of the Up series, which revisits the same subjects chosen from various walks of British life in 1964 at age seven, the latest installment, 63 Up, proves to be at times a moving sociological experiment with little surprise as it documents the lives of eleven ordinary British subjects it has followed for the past 56 years.

Apted offers a narrow slice of life incorporating footage from the previous installments creating a portrait that is as much about class structures and politics as it is about personal lives, diving into topics including Brexit, Trump, and the state of social services including housing, health care, and pensions. Others, at 63, contemplate their legacy and contributions to the world, including Nick Hitchon, a professor who moved to the states to study nuclear engineering at a cost to his personal health.

He offers a somber recollection of his past, including the years he did not participate in the project as he struggled with a divorce sometime after a previous installment captured him at a happy time in his life.

The stories are ordinary and extraordinary, providing a global overview of life milestones without the kind of granular detail that a daily diary entry might offer up. What had started as Paul Almond look at the 'future of Britain' in 1964 has evolved into a film that confidently has come into its own, like Symon, a participant who claims it took him sixty years to really find himself. Throughout the picture, the director asks his subjects to reflect on the Francis Xavier quote that served as a thesis for the series along with the impact and value of their participation has had.

Often the film is much a reflection on the making of all of the previous installments as it is a check-in with each of the subjects and for that reason it feels a bit short if taken as a 138-minute, stand-alone theatrical feature. From generation X onwards, a documentary may not be necessary as social media will keep an archive of major life milestones, political leanings, relationships, and memories. 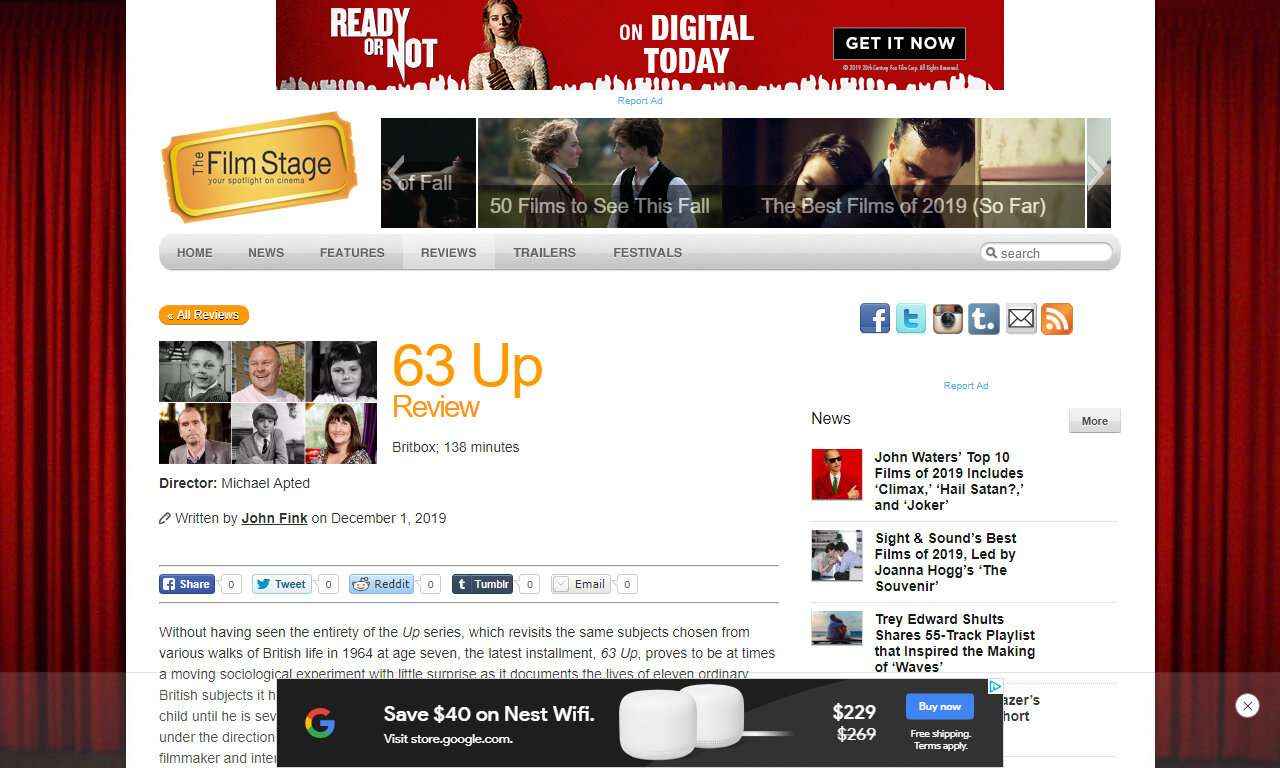