IDFA Review: Feras Fayyad Extraordinary Documentary 'The Cave''When I was a boy and I would see scary things in the news, my mother would say to me, 'Look for the helpers. Yet it still important, for the sake of history above all, that we document what is happening in the Middle East and show how regular people are trying to survive.

The Cave is Fayyad follow-up to his Academy Award-nominated doc film Last Men in Aleppo, and it an unforgettable, affecting documentary that deserves our time and attention.

The Cave is a documentary made up of footage from various underground hospitals and sites located around some of the most heavily attacked cities in Syria. The focus is always on the doctors, as they are the main subject, though it also raw footage to show us that this is happening here and many outside the Middle East do not seem to care much.

I really believe Fayyad has this immaculate understanding of cinema and I think he just working extra hard to tell these vitally important stories from Syria, that we all need to see and hear anyway, in this seriously compelling documentary way.

With both The Cave and Last Men in Aleppo, Feras Fayyad proves how important his films are in history.

Watching Doctor Amani work is so deeply inspiring, yet any decent person can understand all the emotions she feeling by looking closely at her eyes throughout. And these are such important films that will be remembered as incredible examples of how cinema can shine a light in the darkest of places. 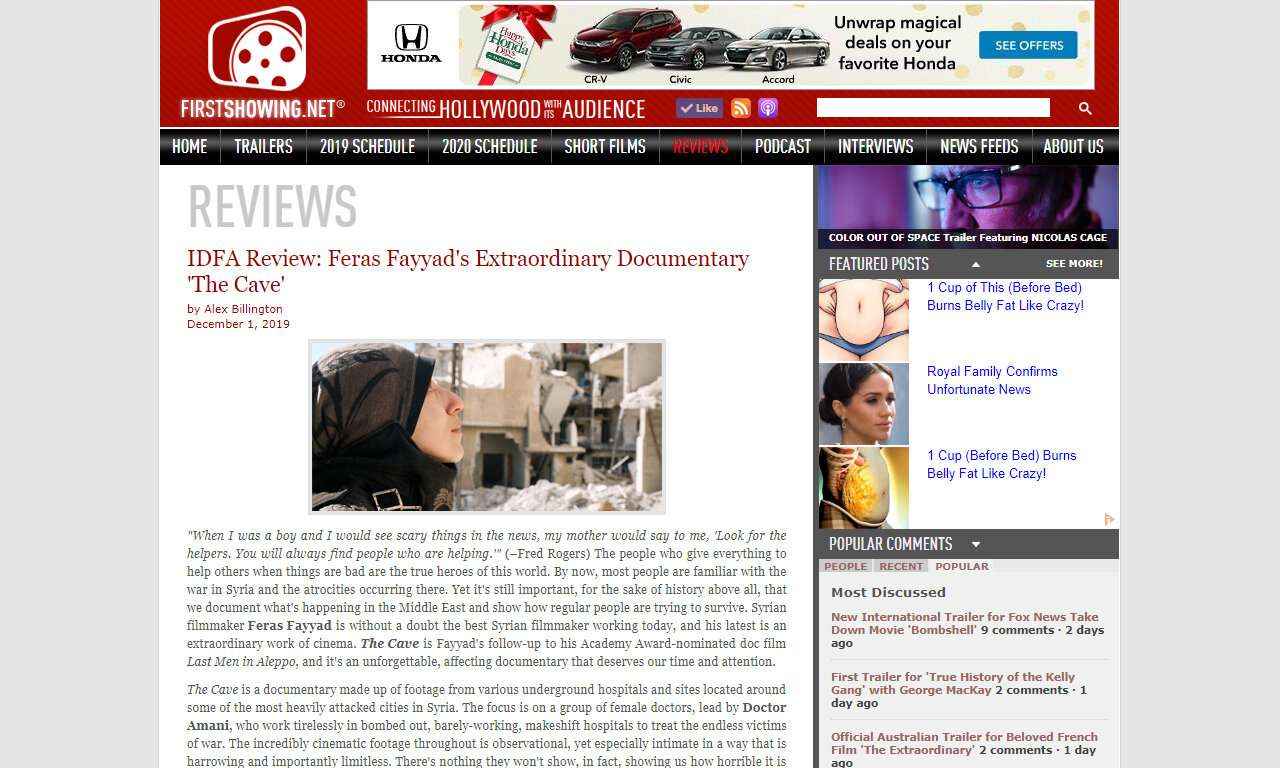