Two British soldiers, Blake (Dean-Charles Chapman) and Schofield (George Mac Kay), are stirred from their brief sleep and assigned a mission of utmost importance. Mendes and Deakins tell their story visually through a single shot -- there are roughly six or so cuts, but all aside from one are hidden in the camera movements -- which affords viewers the opportunity to essentially walk, run, and crawl in these soldiers boots. It also endlessly impressive on the technical front as Deakins' camera glides forward and backward through narrow, crowded trenches, out second floor windows, and across water.

Mud, blood, and bloated corpses catch their footfalls, and it sets an ominous tone complimented more musically by Thomas Newman fantastically shifting score. One sequence in particular sees the perfect pairing between score and cinematography as fights and a foot chase break out amid the crumbling remains of a bombed out town illuminated only by fire and flares arcing through the sky above.

Performances are spot on and never flashy with Chapman and Mac Kay capturing the drain of war on both the body and mind, but their resilience is every bit as believable. Far more recognizable faces are sprinkled throughout including Colin Firth, Mark Strong, Andrew Scott, Benedict Cumberbatch, and Richard Madden, but it the two young stars who captivate and shine brightest. The immediate danger and reason for the fight might be standing in front of them, but the bigger picture cannot be escaped.

1917 is a war film punctuated with action, suspense, and drama, but the through line, the one we are walking with these two young men, is an emotional one.

This is no gung-ho military mission -- it one built on compassion, honor, and urgency -- but while emotion is a constant the film wisely saves a particular release for the very end where it can offer characters and viewers alike the time to breathe and reflect. 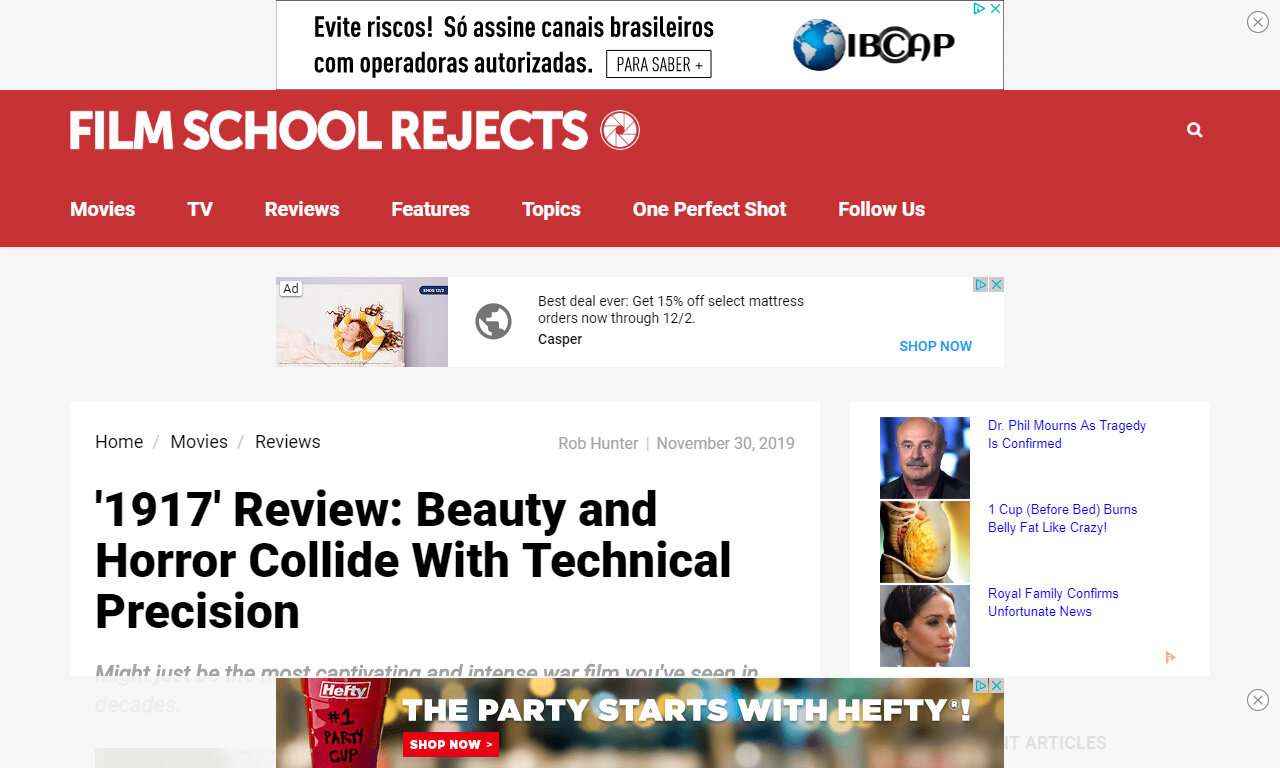