So when a little boy takes his stuffed animal down the street to escape his parents' screams only to walk by a gruesome murder scene marked by a bloodied body lifeless on the ground, we understand the significance of his also finding a new friend.

A young kid unable to process fear, rage, and death, Luke would naturally project his distressed mother (Mary Stuart Masterson Claire) visage upon the homicide victim now haunting his memory before creating a means with which to cope.

So Daniel proves to be a security blanket--Luke escape from present trauma and future turmoil as his brain wonders whether the psychological issues his mom faces will soon become his burden as well. As director Adam Egypt Mortimer and co-writer Brian De Leeuw (based on his novel In This Way I Was Saved) continue the boy story, however, we begin seeing this imaginary outlet as something much more sinister. Fun and games with broomstick swords turn their focus away from responsibility and reality until Daniel realizes the only thing holding them back is the woman asking them to stop.

Daniel (Patrick Schwarzenegger) is exactly what Luke needs by exuding confidence and charisma for the latter to adopt and mimic en route to better grades, greater excitement, and increased sexual exploits.

Whereas Daniel derives pleasure from having two unsuspecting partners (Sasha Lane artist Cassie and Hannah Marks' psychology major Sophie) at once, however, Luke cannot prevent his morality and empathy from giving pause. Sometimes Mortimer film depicts a young man descent into madness and other times it subverts that expectation to create room for the possibility that Daniel is more than a simple hallucination.

The latter is visualized with varying degrees of psychological terror and cosmic horror as demons with clay faces introduce some seriously messed up nightmare fuel to drag Luke into a realm of pure unadulterated evil. 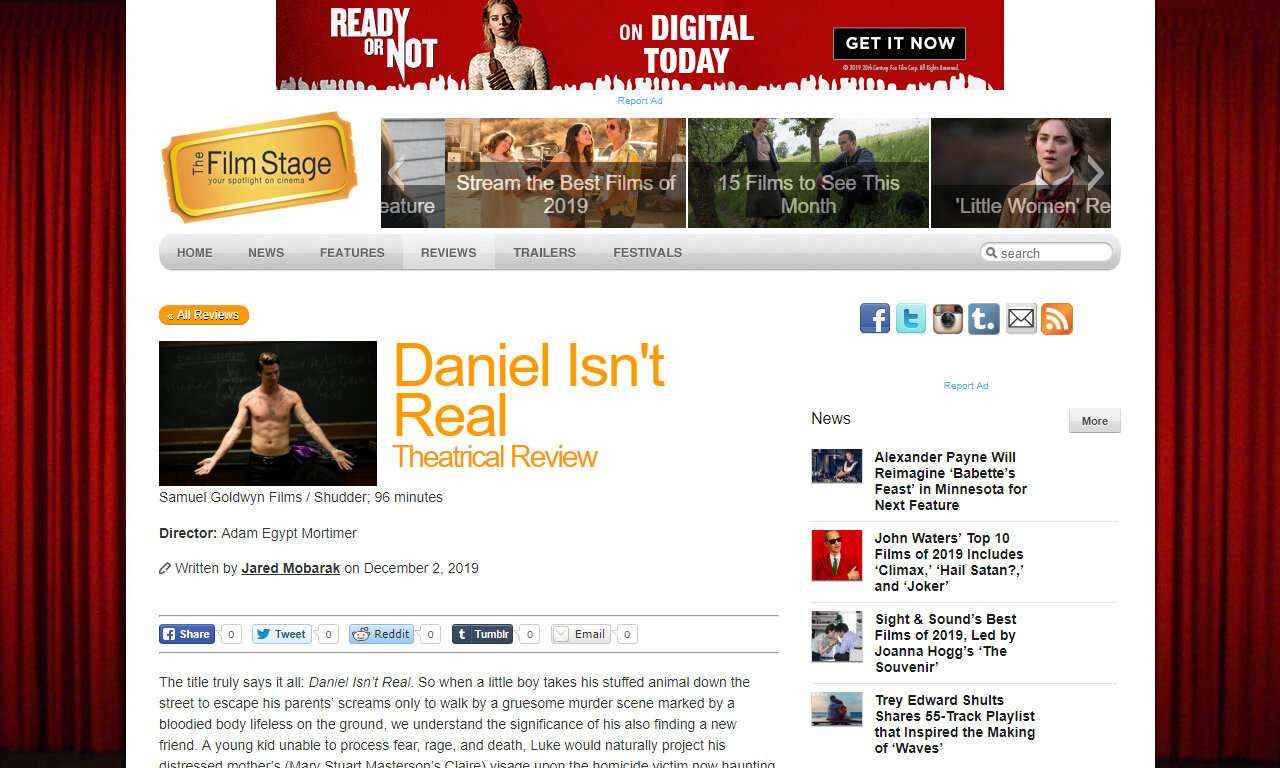