Second Australian trailer for 'Ride Like a Girl' Starring Teresa Palmer'The only thing that matters. is the odds you give yourself. ' The film marks the feature directorial debut of actress Rachel Griffiths, telling the true story of Michelle Payne, the first female jockey to win the Melbourne Cup - horse-racing toughest two-mile race - in 2015.

Teresa Palmer stars as Michelle, with a cast including Sam Neill, Sullivan Stapleton, Stevie Payne (as himself), Genevieve Morris, Sophia Forrest, Henry Nixon, Aaron Glenane, and Zara Zoe. This does look like an inspiring, exciting film, plus it always wonderful to watch Sam & Teresa. Here the second Australian trailer (+ another poster) for Rachel Griffiths' Ride Like a Girl, on You Tube:You can still watch the first official trailer for Griffiths' Ride Like a Girl right here, to see even more footage.

It produced by Richard Keddie and Susie Montague-Delaney, co-produced by Naomi Cleaver and Felicity Stoward.

Transmission first opened Ride Like a Girl in Australia back in September earlier this year, but there still no official US release date set yet. 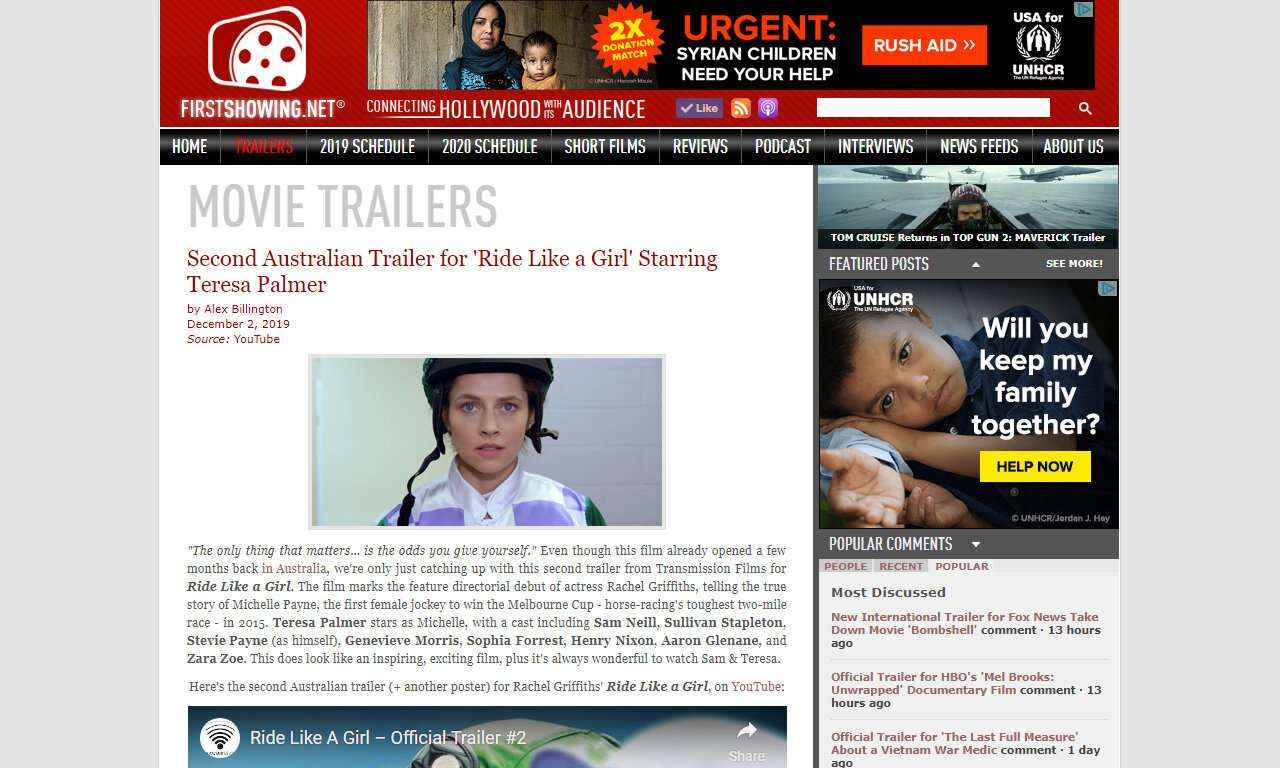