RELATED: Awkwafina to Star in The Last Adventure of Constance VerityLoosely based on Awkwafina real life experiences, Awkwafina Is Nora from Queens will follow the story of a young woman named Nora Lum, who is growing up in Flushing. Raised by her Dad and Grandma (Lori Tan Chinn) alongside her cousin, Nora leans on her family as she navigates life and young adulthood in outer borough-NYC.

Also starring in the series are Bowen Yang as Nora more successful cousin, BD Wong as her father, Lori Tan Chinn as her grandmother and Agents of SHIELD actress Ming-Na Wen to guest star as Nora aunt Sandra. The lineup of the directors that are set to helm episodes include: Emmy nominee Natasha Lyonne (Russian Doll), Lucia Aniello (broad City), Jamie Babbit (But I'm a Cheerleader), The Daniels (Swiss Army Man), Steven Tsuchida (Younger) and Anu Valia (The Other Two). RELATED: Little Mermaid: Jacob Tremblay & Awkwafina in Talks for Live-Action MovieAwkwafina (Crazy Rich Asians, Ocean 8, The Farewell) will star in and executive produce the 10-episode series, and also co-wrote the pilot with Karey Dornetto and Teresa Hsiao.

The series will make its debut on January 2020. 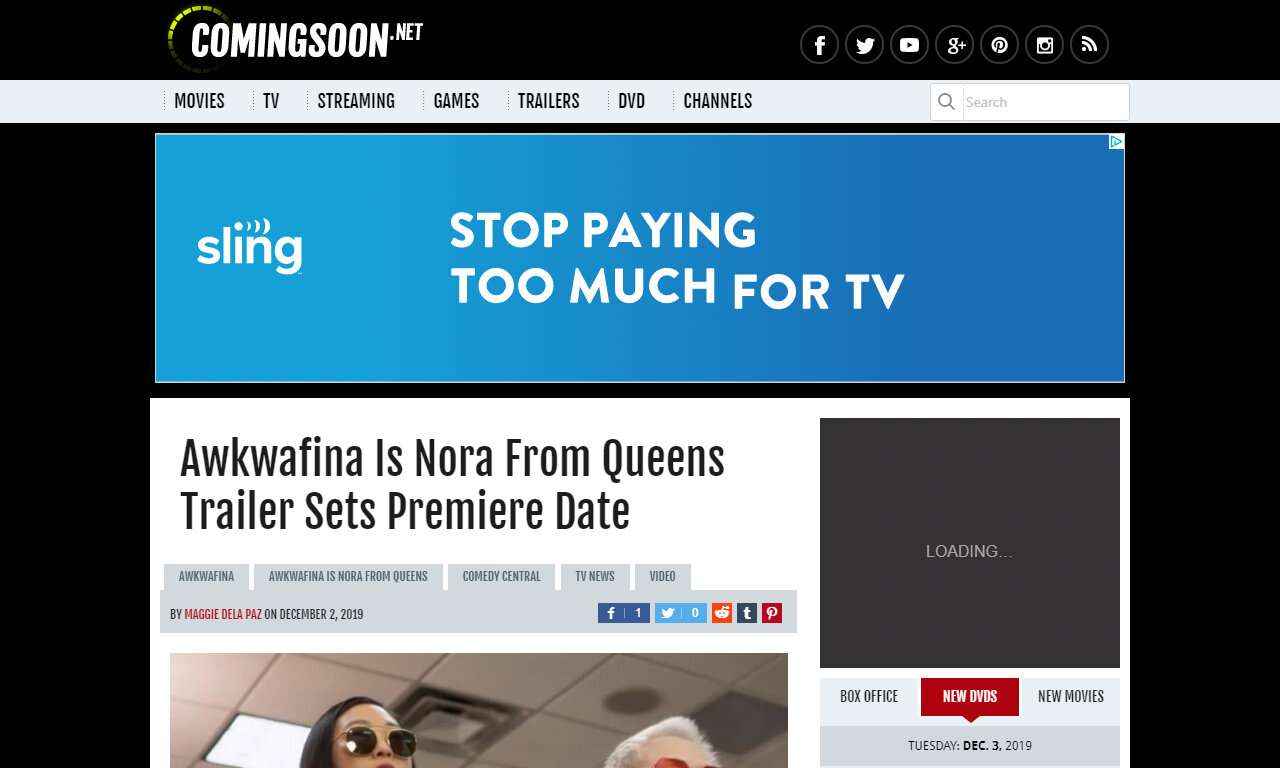