Crisis On Infinite Earths: The Biggest Story Reveals From The Trailers

The Crisis on Infinite Earths trailer provide quite a few teases of what to expect from the story of the upcoming Arrowverse crossover.

So far, the main characters do not have much knowledge about what will happen in the Crisis, apart from the monitor prediction that Oliver Queen (Stephen Amell) and Barry Allen (Grant Gustin) will have to give their lives to save the multiverse. As for what to expect from the story of the crossover, its large cast and list of notable guest stars does give a few clues about the plot and its connections to the comics.

The teasers show Lyla, suited up as the Harbinger, separately contacting Barry, Batwoman (Ruby Rose), and the Legends, and informing them that the multiverse is about to end. Her secret was exposed when Earth-2 Laurel Lance (Katie Cassidy) outed her to Oliver and Diggle (David Ramsey).

Cisco, who wanted to live a more normal life, gave himself the metahuman cure in The Flash season 5 finale. Tyler Hoechlin Superman is coming back for his own show, and Smallville Clark Kent (Tom Welling) may have only filmed one scene, so both could be safe. 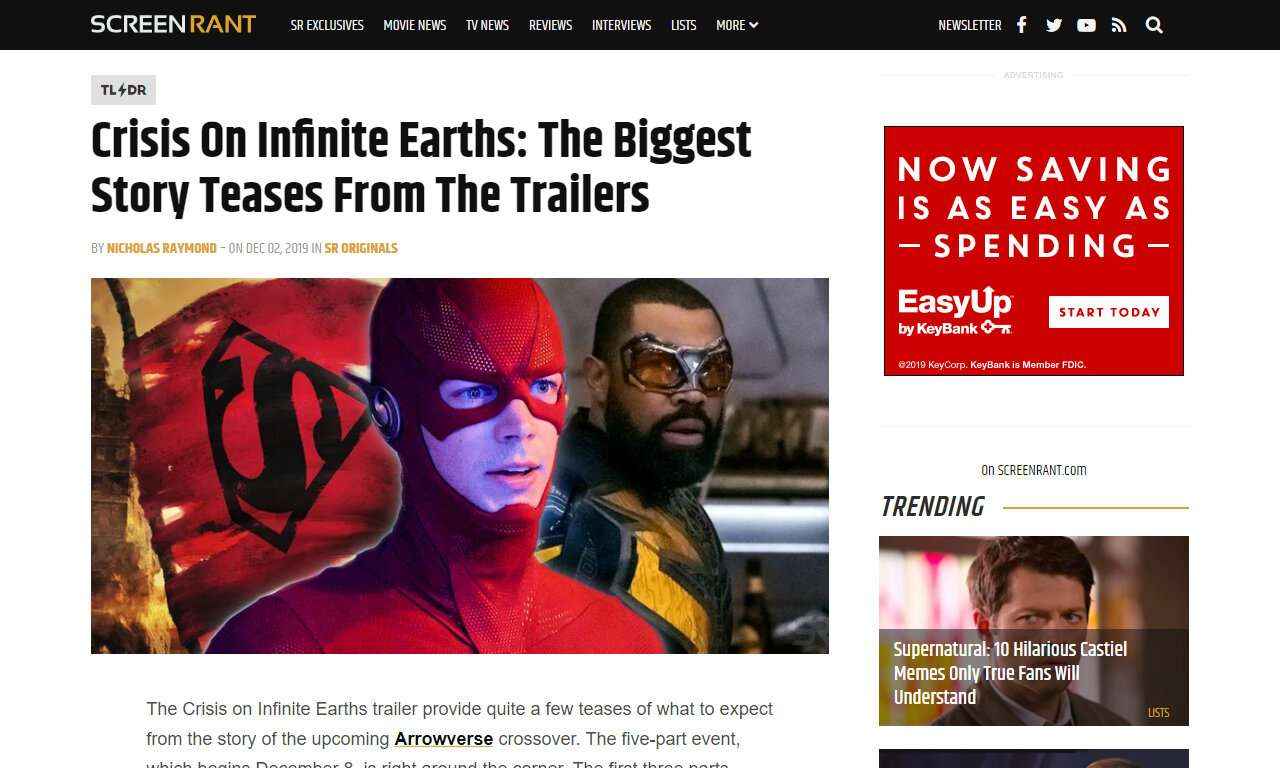