Based on Bryan Stevenson best-selling memoir, Jordan plays the world-renowned civil rights defense attorney as he recounts his experiences and details the case of a condemned death row prisoner whom he fought to free. The true story tale is one of redemption, passion, and mercy set against a backdrop of a corrupt judicial system which favors the death penalty and targets the poor. Tim Blake Nelson co-stars in the film which will have a limited release on December 25th ahead of a wide release on January 10th. 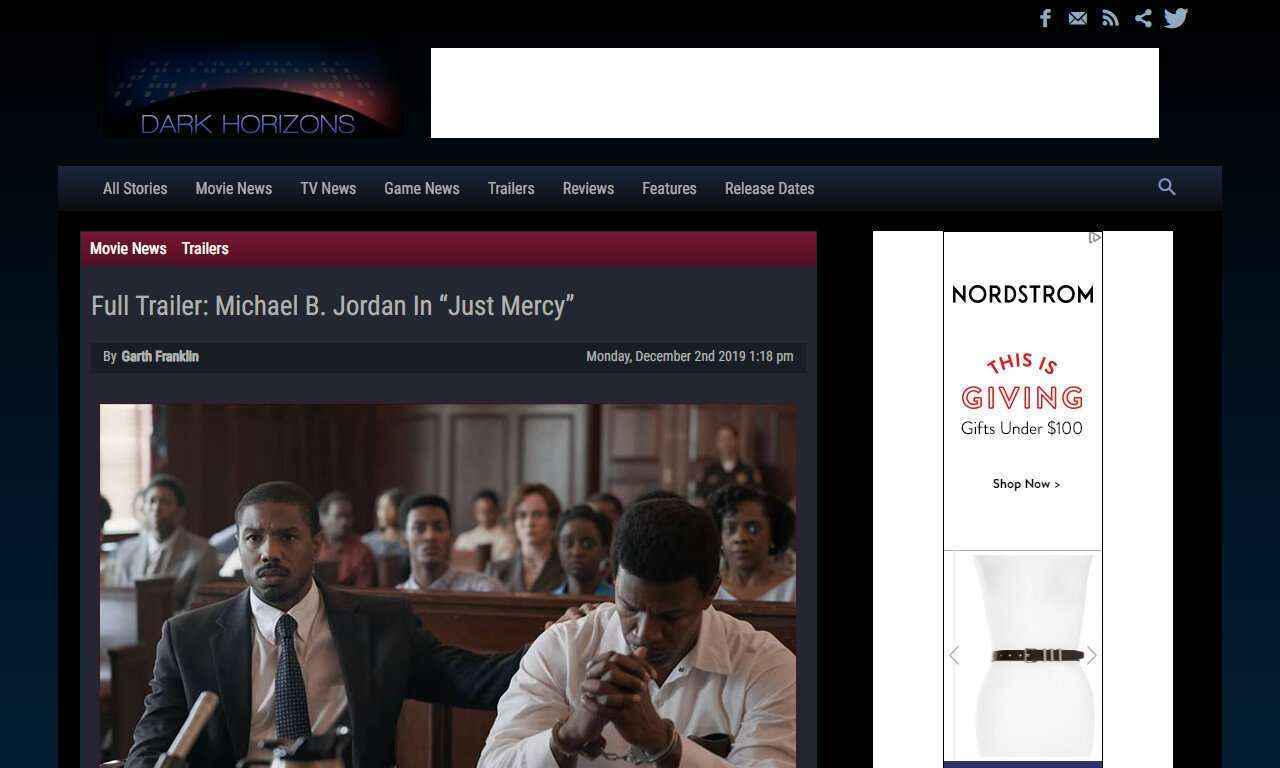