'A Million Little Pieces' Review: Adaptation of Notorious Bestseller is Bound by Shortcomings

A Million Little Pieces ReviewMomentum Pictures; 113 minutes Director: Sam Taylor-JohnsonWritten by Jared Mobarak on December 2, 2019Written byon December 2, 2019During the ensuing fallout once James Frey memoir A Million Little Pieces was exposed as a fabrication well beyond his statement admitting to having altered 'small details' of his past, it was discovered that the author had tried getting it published as fiction to no avail. Random House, the place that ultimately printed it and watched its ascent to the number one bestseller slot thanks to a coveted spot on Oprah Winfrey Book Club list, was supposedly one of the establishments that rejected it back then too. Besides possessing the dramatic gravitas to provide a platform for the latter to showcase his talents, it easier to see the result as a product of the controversy rather than a faithful adaptation of the material itself.

Without honesty to dispel any trepidation about narrative convenience and tragic sentimentalism, what makes James' (Taylor-Johnson) journey worthwhile as a story that needs to be told? It correct in that assessment, though, since it impossible to invest in what is happening to James when those who play a part in his recovery of body, mind, and soul are all so fleeting. Even James' brother Bob (Charlie Hunnam) is relegated to being a symbol of what he will lose or reclaim depending on the outcome of his rehabilitation.

I do not think the film goes into that deep enough to let it shine above the usual tropes of creating inventories and confronting the past, but it interesting to see how addicts who are not quite at one hundred percent themselves can help others in order to reach their own closure. The story almost becomes a glimpse at hope specifically aimed at atheists because it lets James reject the entirety of what he needs before finding those same things anyway on his terms. I only wish it fully embraced this conflict and talked about the parallel paths forward more than simply letting him be a jerk to those on one side and mildly accepting of the other. 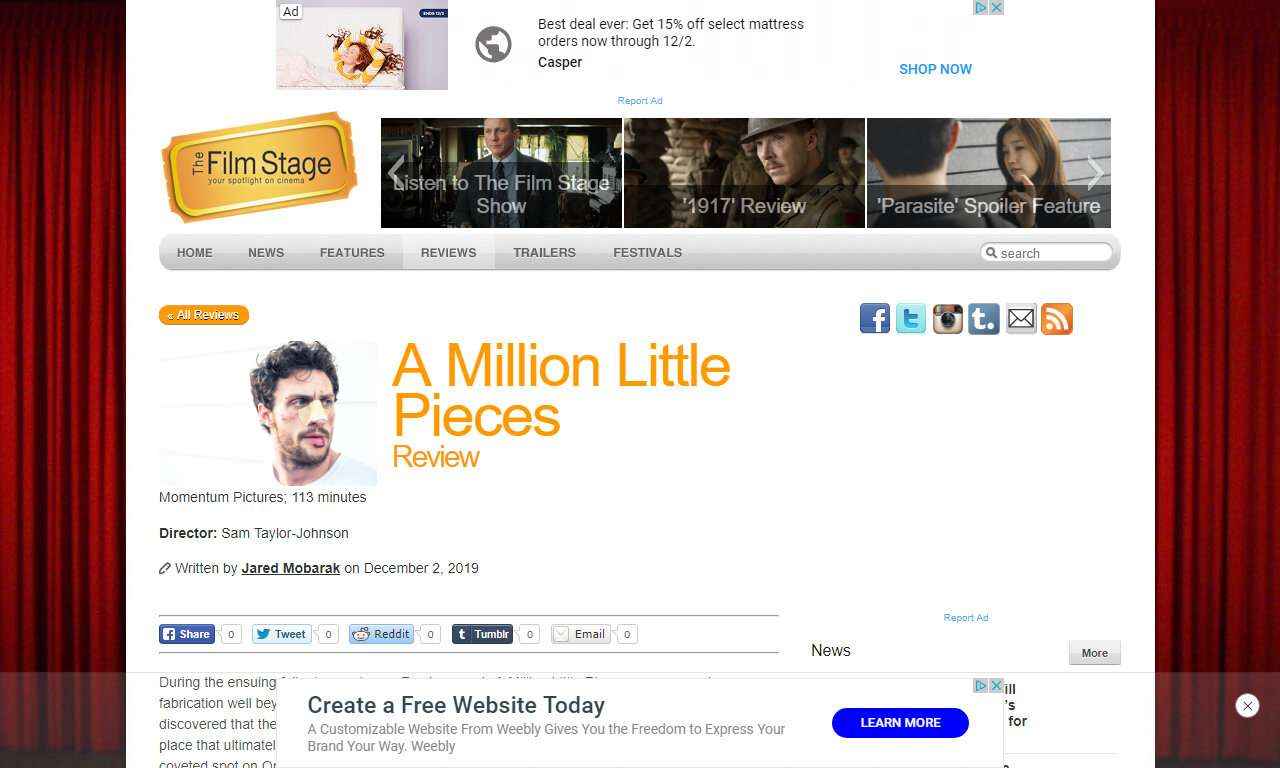