QT8: The First Eight ReviewWood Entertainment; 120 minutes Director: Tara WoodWritten by Christopher Schobert on December 3, 2019Written byon December 3, 2019It is hard not to be entertained by QT8: The First Eight, a feature-length documentary chronicling the first eight films written and directed by Quentin Tarantino, featuring interviews with the likes of Samuel L. Jackson, Tim Roth, Michael Madsen, Kurt Russell, Jamie Foxx, and Jennifer Jason Leigh. The clips are a reminder of the still-startling brilliance of Reservoir Dogs and Pulp Fiction, the slow-burn sensuality of Jackie Brown, and the two-part powerhouse that is Kill Bill.

Significant time is spent on Inglorious Bastards and Django Unchained, and two films most in need of reappraisal--Death Proof and The Hateful Eight--are given proper respect.

One of QT8 most touching moments comes when the late Robert Forster explains how Tarantino cast him as Jackie Brown aging bail bondsman, Max Cherry. Without Tarantino, the most compelling, funny, genuinely moving figure onscreen is the star of Reservoir Dogs, Kill Bill, and The Hateful Eight: the mighty Michael Madsen. He speaks with sincerity of the effect Dogs had on his career, while also sharing the story of he and Roth literally sticking together with fake blood after a hug.

Wood also spends time on Tarantino devastatingly wrong-headed decision to have Thurman drive during a dangerous scene from Kill Bill. But this, coupled with the director failure to act on what he knew about Weinstein, help the documentary to not fall into a simple hagiographic portrait.

QT8 is a breezy look at one of cinema most important, influential, and consistent filmmakers, and worth a watch for its interviews with compelling folks like Madsen and Jackson. 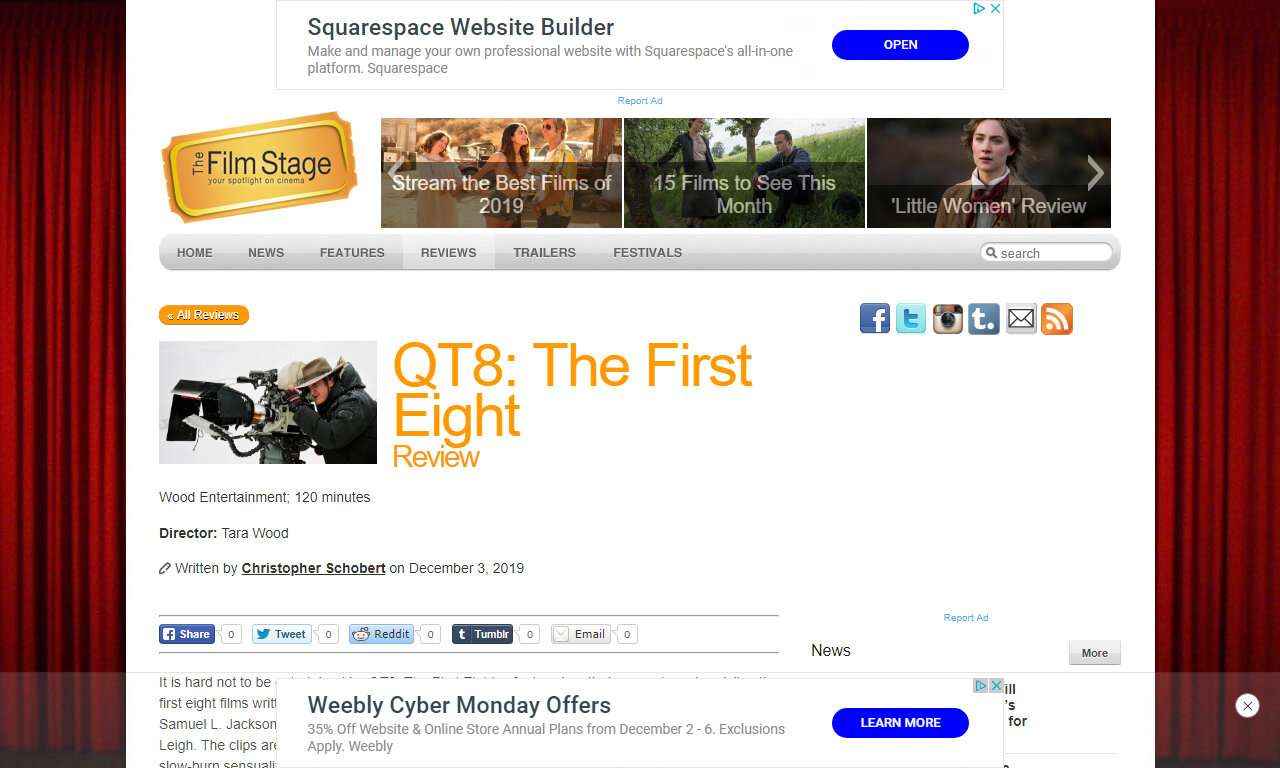