From Final Fantasy through to Pokemon, some of the biggest game franchises in history have depended on having a strong and varied party of characters that take down enemies in a turn-based fashion. Heroland comes from developer Fu Ryu Corporation, and imagines a world where traditional adventures can be distilled into a theme park experience.

Lucky job is to assist visitors by supporting all of their adventuring needs, to make sure they do not run foul of the hired cast of monsters within Heroland dungeons. Taking place on an isolated island akin to Jurassic Park, only with less obvious danger, its multiple caverns and adventure spots cover all the standard choices for would-be heroes.

Sharp and silly at the right moments, the game gives a neat nod to various tired elements of the RPG genre, including the supposed destiny of main characters, the types of heroes who happen to get magically resurrected, and even how games can use palette swaps for reoccurring enemy types. You can practically feel the fourth wall breaking while the game discusses the working rights of part-time and low-level workers at the theme park.

There is grinding in Heroland at times, as the player repeats routes that have already been completed in order to bump their heroes up to the recommended level for the next story mission. Some attempts have been made to make this feel less like repetition, such as doing side quests for the visitors of the park that Lucky has a good relationship with.

But nothing hides the sometimes restrictive nature of Heroland play, and given Lucky passive role in the action it can mean that the title ends up dragging. 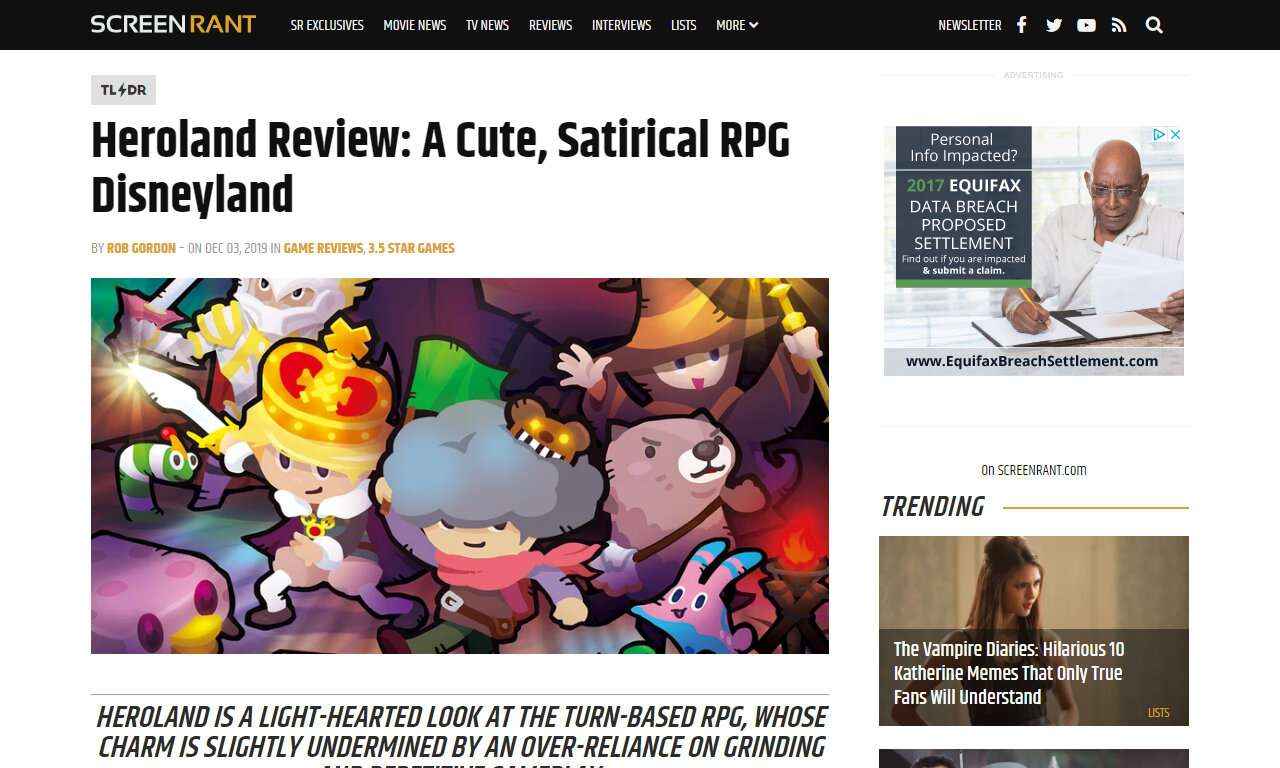